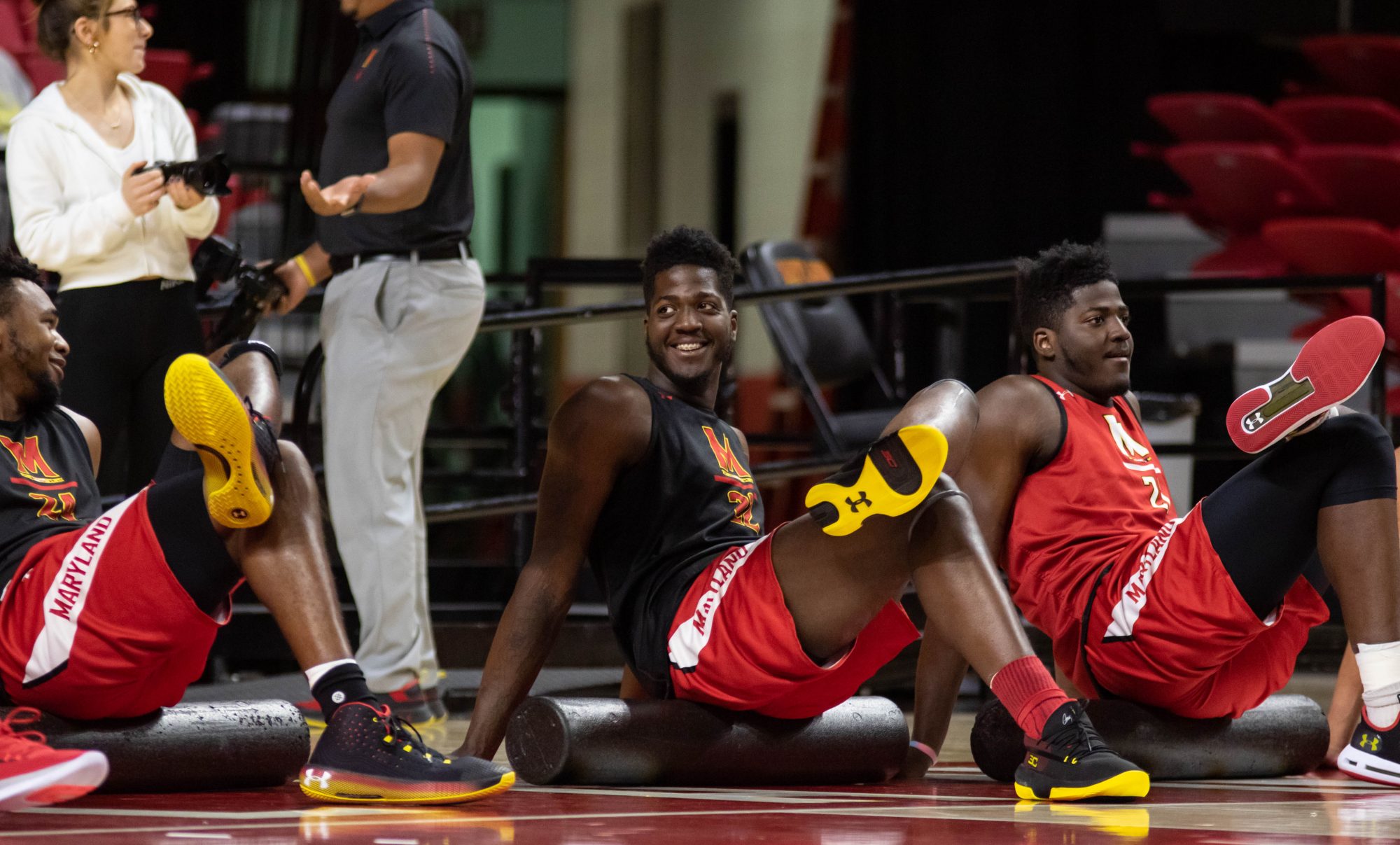 The twin freshmen big men from Woodrow Wilson High School in Washington, D.C., had shown flashes of the potential expected from a pair of four-star prospects. But the duo also struggled at times with finishing in the paint and foul trouble.

Still, the Mitchells were key frontcourt depth on a team that severely lacked it during the 2018-19 season. Makhi averaged three points per game and broke out for 12 against George Mason on Nov. 22. He started five games and averaged over nine minutes per contest, offering a big lineup alongside forward Jalen Smith for coach Mark Turgeon to use.

Makhel, meanwhile, saw the floor more sparingly. He featured in 10 matchups and averaged just one point each game while pulling in 23 rebounds.

“We want to thank Coach Turgeon for the opportunity to attend the University of Maryland,” the Mitchells said in a joint statement. “We are extremely appreciative of our time in College Park, but decided it was best to seek a new opportunity.”

The twins’ departure leaves frontcourt depth as a concern once more for the Terps, placing additional pressure on Smith.

Chol Marial, a 7-foot-2 freshman who has recently been cleared to play after undergoing surgery in September to repair stress fractures in both legs, is an option. Marial could debut for Maryland on Sunday against Bryant.

Ricky Lindo, Donta Scott and Joshua Tomaic will also likely see a jump in playing time. Lindo was expected to make a sophomore-year leap but hasn’t seen much time on the floor; however, the 6-foot-8 forward did play double-digit minutes in each of his last two games.

Tomaic, a redshirt junior, appeared in 20 games last season yet has only played in three so far this campaign for a total of nine minutes. And while Scott has impressed — the Philadelphia native has featured for at least 12 minutes in each contest, averaging 4.5 points and 3.3 boards — he’s still learning how to play small forward and power forward at the Division I level.

For the No. 13-ranked team in the country, losing two top prospects could be a blow as Smith — a preseason All-Big Ten selection — adapts to life as a five now that Bruno Fernando is in the NBA. Smith has managed seven double-doubles even with the additional defensive focus paid to him.

Without Makhi and Makhel Mitchell — who did not immediately respond to a request for comment — it’s unclear how Turgeon will rotate his frontcourt options as the full Big Ten slate approaches.

“This was a decision we felt was best for both sides,” Turgeon said in a statement, “and we wish them and their family the very best moving forward.”