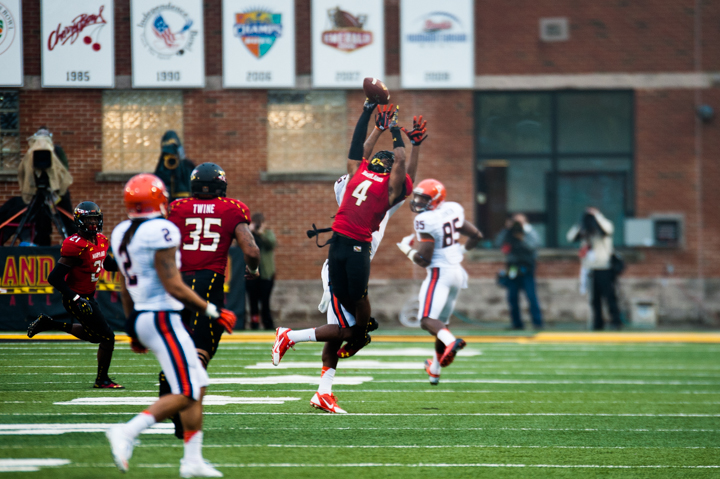 If Maryland football fans haven’t picked an XFL team to support, then they should look about 10 miles south to Audi Field in Washington, D.C.

Normally the home of D.C. United, where many former Terps currently play, Audi Field will also be home to the XFL’s DC Defenders, which begins its season in February 2020.

The Defenders had two former Terps on its roster — defensive end Jesse Aniebonam and wide receiver Levern Jacobs III — until last week, when that list grew to three.

Will Likely, the two-time All-Big Ten First Team and All-American cornerback/punt returner, is back in the DMV, a few miles from the place that has his name permanently enshrined.

Likely missed the second half of his senior season at Maryland in 2016 with a season-ending ACL injury and went undrafted at the 2017 NFL Draft. The New England Patriots signed him as a free agent, assigning him to their practice squad.

He then left for Canada, where he played in the Canadian Football League for two seasons with the Toronto Argonauts and, most recently, the Hamilton Tiger-Cats.

.@Ticats's Will Likely III (@4GoLive) dashes his way down the field for an 110-yard kick return TOUCHDOWN!#CFLGameDay pic.twitter.com/G8rWtESfkp

Now, Likely’s kick/punt return game will be on display for all to see starting Feb. 8.