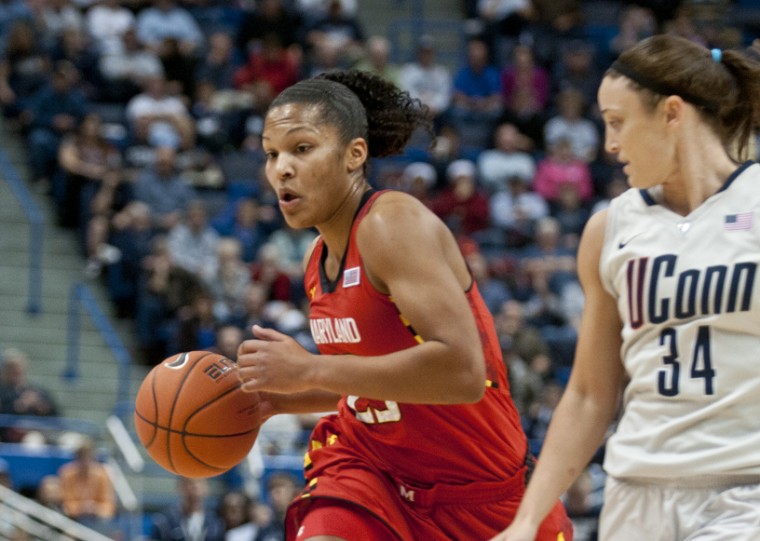 As the 2010s come to a close, many different media outlets are compiling “Best of the Decade” lists, including the newly-formed ACC Network.

On Monday, the network tweeted out its men’s and women’s basketball player of the decade selections.

The #NothingButNet crew picked their ACC ???? Players of the Decade.

For this, we are focusing on the selection for women’s basketball: Alyssa Thomas.

How could this be? Maryland isn’t in the ACC.

Well, disgruntled reader, that is why Terps Watch is here to give you an annual reminder that the Terps were once in the ACC until 2014, when Maryland moved to the Big Ten.

However, Thomas never had to deal with the move, playing at Maryland from 2010-14, the last season the Terps were in the ACC.

This is a big honor, and Thomas beat out some big names for this distinction, like Skylar Diggins-Smith and Arike Ogunbowale of Notre Dame and Asia Durr of Louisville.

Thomas, though, was as dominant as college players come while in College Park.

In her four-year career, she played in 135 games and averaged 17.5 points per game, 9.1 rebounds per game, 47.6 percent shooting from the field and a 77.4 free throw percentage.

She averaged a double-double her final two seasons, becoming the first NCAA or WNBA player to average 18 points, 10 rebounds and five assists in a season in 2012-13.

On top of her statistics, Thomas was the three-time ACC Player of the Year in three consecutive seasons from 2011-214. She was a three-time AP All-American First Team selection and was the 2010-11 ACC Rookie of the Year.

Let’s just say that the ACC Network nailed this pick.