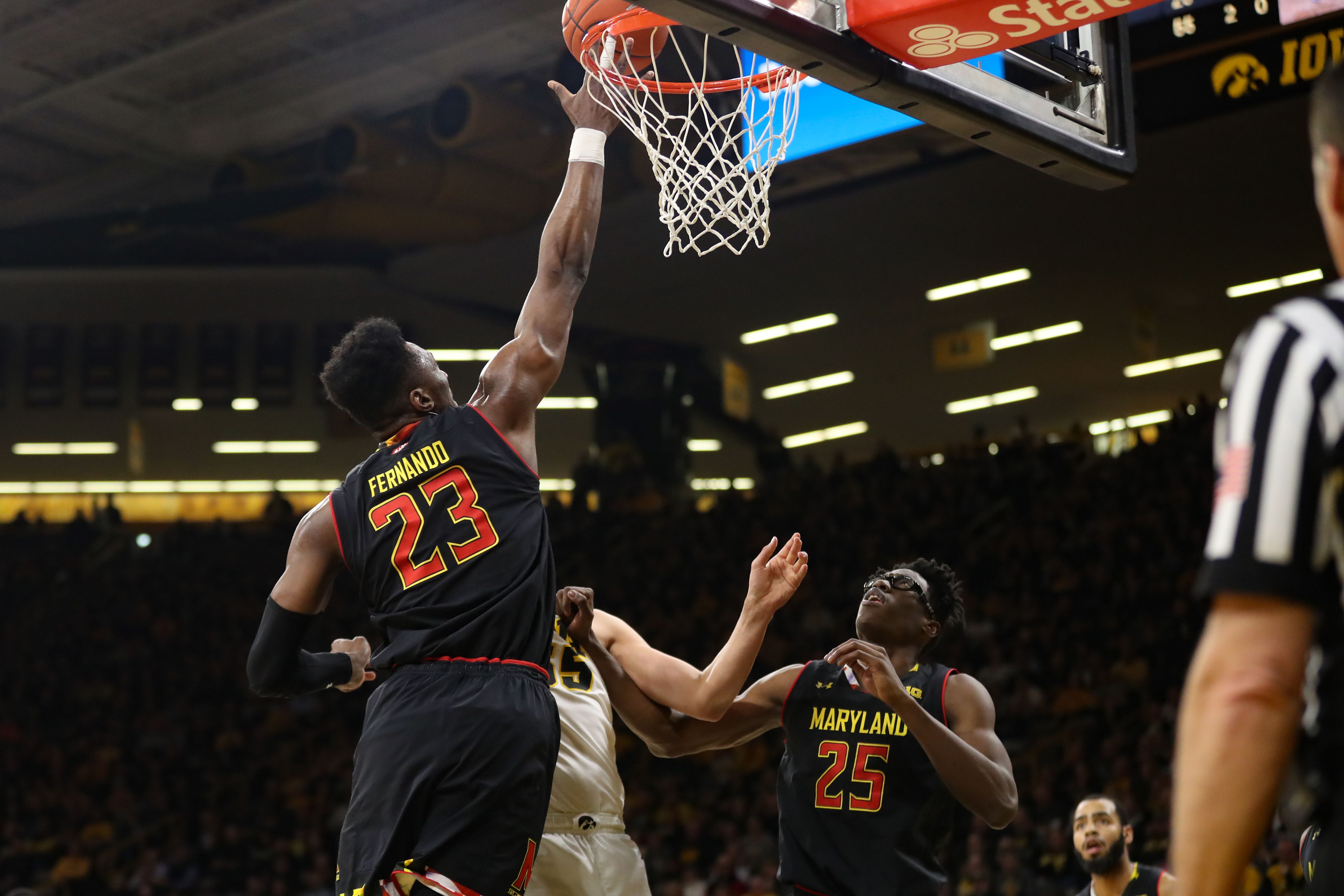 On the same night that marked the low point of Maryland men’s basketball’s season thus far, one of their former players had a night he’ll never forget in Atlanta.

While Fernando didn’t dazzle in his 17 minutes on the court, he did have four points, six rebounds and one assist in the 111-106 loss. The Hawks rookie also had three turnovers and four personal fouls while matched up against Utah’s all-NBA center Rudy Gobert.

Damian Jones had been starting at center for the 6-23 Hawks before head coach Lloyd Pierce chose to give Fernando the starting nod on Thursday night.

It’s unknown whether Fernando will start for the Hawks’ next game Saturday against the Brooklyn Nets.