What the Terps did in Week 14 of NFL play 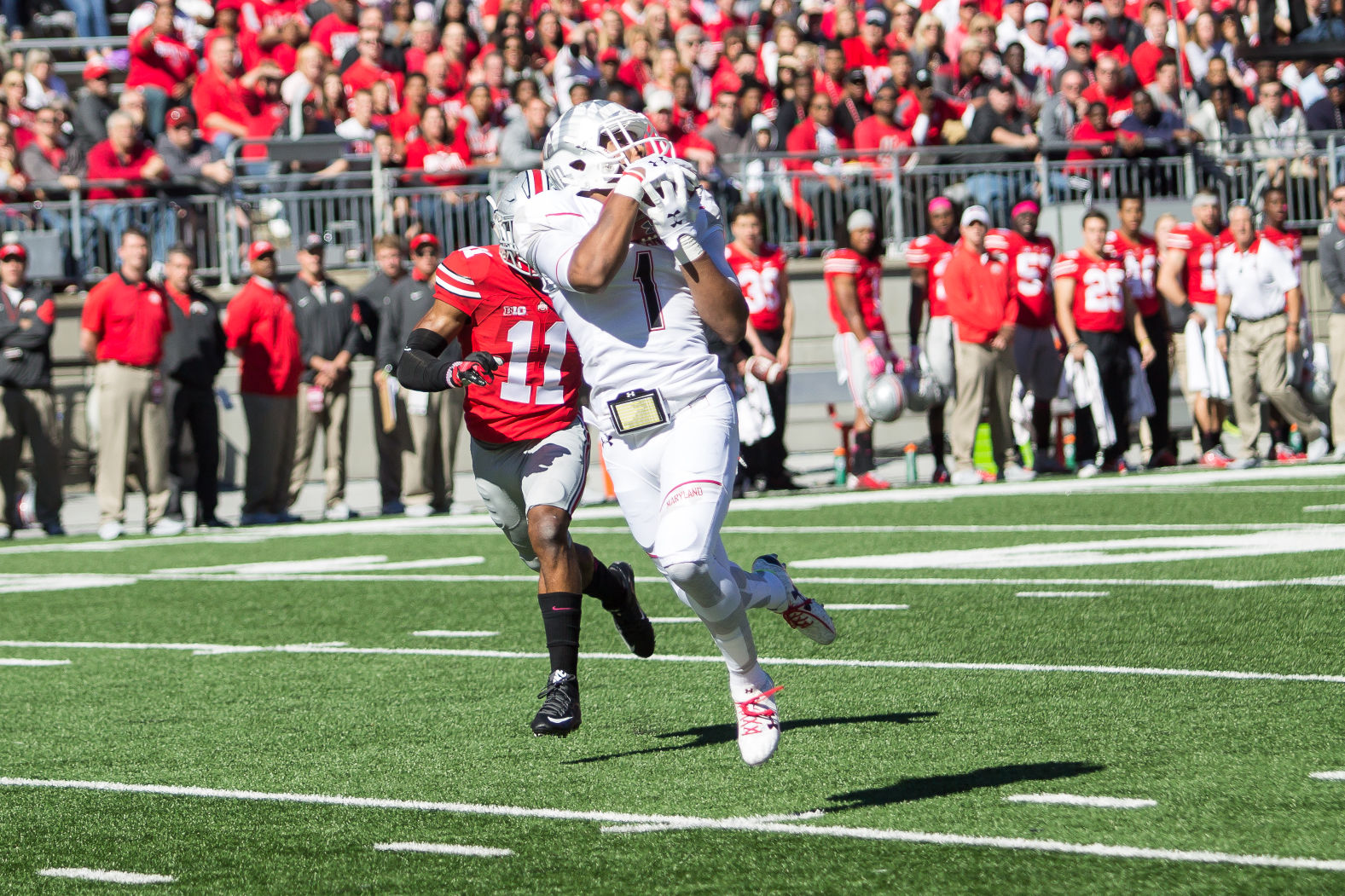 Many former Terps continued to build on their strong 2019 campaigns in the NFL’s Week 14, with one reaching a significant season milestone.

DJ Moore caught four passes for 81 yards and rushed one time for no gain in the Carolina Panthers’ 40-20 loss to the Atlanta Falcons. The 2018 first-round pick now has 1,061 yards on the season, the first 1,000-yard season in his short NFL career. He currently sits fourth in the NFL in receiving yards, and eighth in catches with 78.

Stefon Diggs hauled in six catches for 92 yards in the Minnesota Vikings’ 20-7 win over the Detroit Lions. With 997 yards receiving on the season, Diggs is just three yards shy of securing his second-consecutive 1,000-yard season. His 997 yards are good enough for tenth-best in the NFL.

Darnell Savage Jr. recorded three tackles and a forced fumble in the Green Bay Packers’ 20-15 win over the Washington Redskins. The 2019 first-round pick now has 36 tackles on the season, to go along with two interceptions and two forced fumbles, as he looks to stay in the race for Defensive Rookie of the Year.

Ty Johnson rushed for three yards on two carries in the Lions’ loss to the Vikings.

J.C. Jackson recorded two tackles and hauled in his third interception of the season in the New England Patriots’ 23-16 loss to the Kansas City Chiefs. Jackson intercepted Chiefs Quarterback, and reigning MVP, Patrick Mahomes in the first quarter with the Patriots leading by seven. Jackson now has at least three interceptions in back-to-back seasons to start his NFL career.

Jermaine Carter Jr. recorded one tackle in the Panthers’ loss to the Falcons.

Josh Woods recorded one tackle in the Chicago Bears’ 31-24 win over the Dallas Cowboys.

Trey Edmunds did not record any statistics in the Pittsburgh Steelers’ 23-17 win over the Arizona Cardinals.

Byron Cowart did not record any statistics in the Patriots’ loss.

Davis, the oldest Pro-Terp is done for the year, as he was placed on Injured Reserve due to a concussion he sustained in week 4 against the New York Giants.