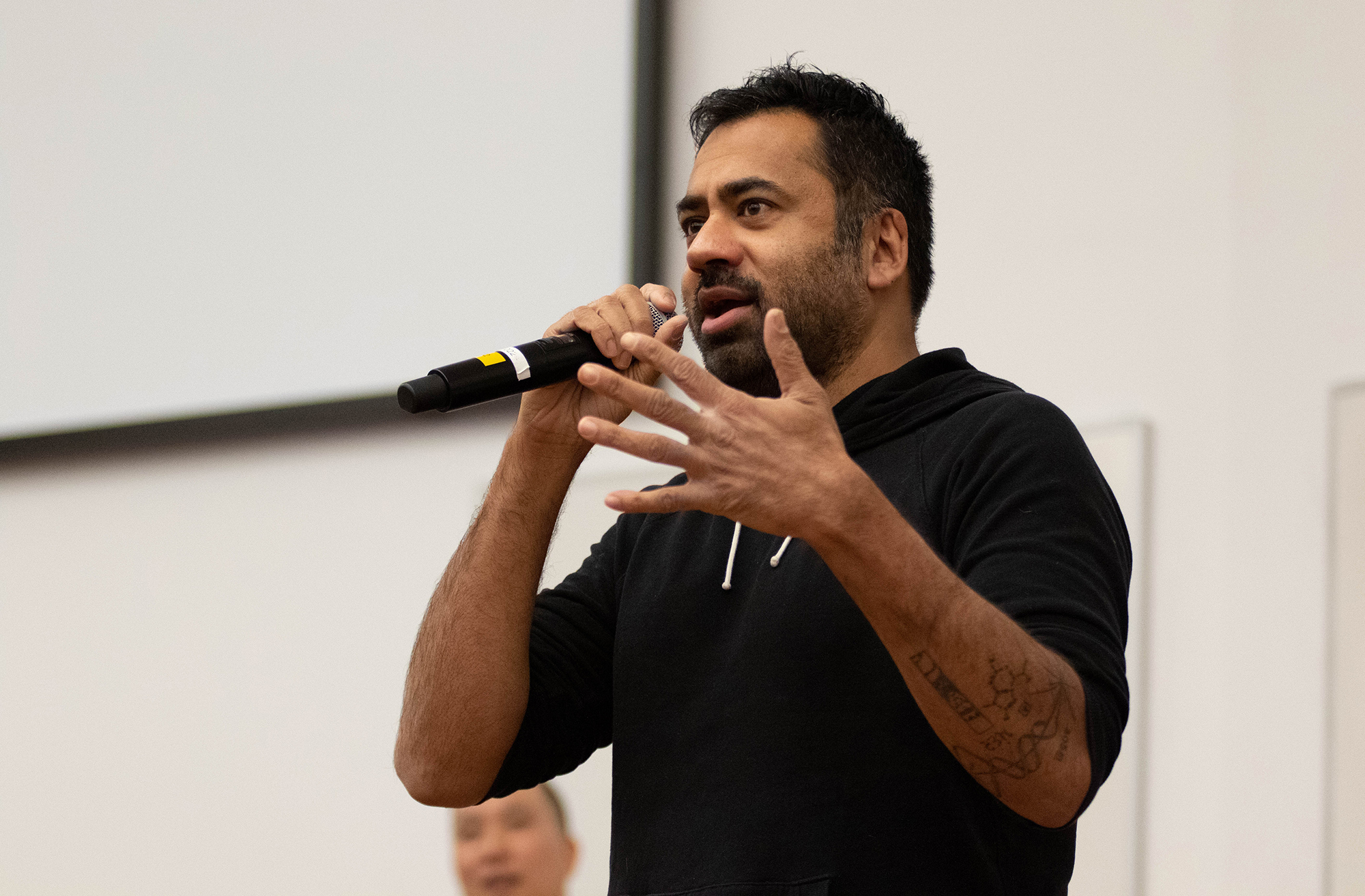 On Thursday, about three hours before the season finale of Sunnyside aired, star and co-creator Kal Penn dropped by the University of Maryland.

In an event organized by the Asian American Studies program, the Office of Multicultural Involvement Community Advocacy, the U.S. Latina/o Studies program and the Undocumented Student Program, Penn joined students in a screening of a Sunnyside episode and a Q&A.

The show, created by Penn and Matt Murray, follows a disgraced city councilman (Penn) as he helps a group of immigrants through the process of becoming citizens. And, as Penn claimed to his audience at this university, it’s the most diverse show in the history of network TV, both in front of and behind the camera.

But Sunnyside had a bit of a rough ride in its first season. Its premiere was the least-watched new series in network TV’s official premiere week, and though its digital viewership was strong, it wasn’t enough. Sunnyside got pushed to digital-only after only four episodes, effectively canceling it.

Since then, it’s been streaming weekly on NBC digital platforms and Hulu, finishing out its season of 11 episodes. Penn called this shift a “blessing,” as their metrics will be computed over a longer period of time, which will make selling a potential second season a little easier.

Sunnyside’s diversity is often its main point of discussion, with the main cast of characters featuring a Dominican mother, an Ethiopian doctor turned cab driver, a Moldovan DACA recipient and twin Asian-American billionaires. On Thursday, Penn repeatedly emphasized that they had cast the show using only one criterion: Who is the best actor?

People of multiple races and ethnicities read for each part, and when they found the funniest actor, they rewrote the character’s backgrounds to match. Griselda ended up as Dominican because Diana-Maria Riva is Dominican. And when it became clear that Joel Kim Booster and Poppy Liu were the best people to play the twins — despite the fact that Booster is Korean-American and Liu is Chinese-American — the writers came up with a complex backstory to make that possible.

And overall, the show is funny. Its fast-paced humor is similar to Brooklyn Nine-Nine and The Good Place, which makes sense, as they’re all under executive producer Michael Schur’s umbrella. But Sunnyside hasn’t totally found its voice yet — at times it feels too fast-paced, too crowded, a little forced. It has all the ingredients for success, it just needs a little more time to fully come into its own.

Despite this, Penn is satisfying his goal of creating a “diverse, patriotic” ensemble comedy in the vein of Seinfeld and Friends but with faces “like ours.”

“When you see a homogeneous cast, especially set in a city like New York, that’s on purpose,” he explained. But Sunnyside, set in the titular Queens neighborhood, is representative of its true population.

In an era where diverse shows often struggle to last, giving Sunnyside an opportunity equal to a more homogenous show is important. It is so close to becoming the next can’t-miss comedy, and it deserves the opportunity for growth.

Like Penn explained on Thursday, the diversity conversations are “appreciated, but the show’s gonna do well if it’s funny.” Sunnyside deserves the chance to show us how funny it can be.

CORRECTION: Due to a reporting error, a previous version of this story incorrectly referred to the Undocumented Student Program as UndocuTerps. This story has been updated.