Maryland women’s basketball drops to No. 13 in latest AP poll after loss to NC State 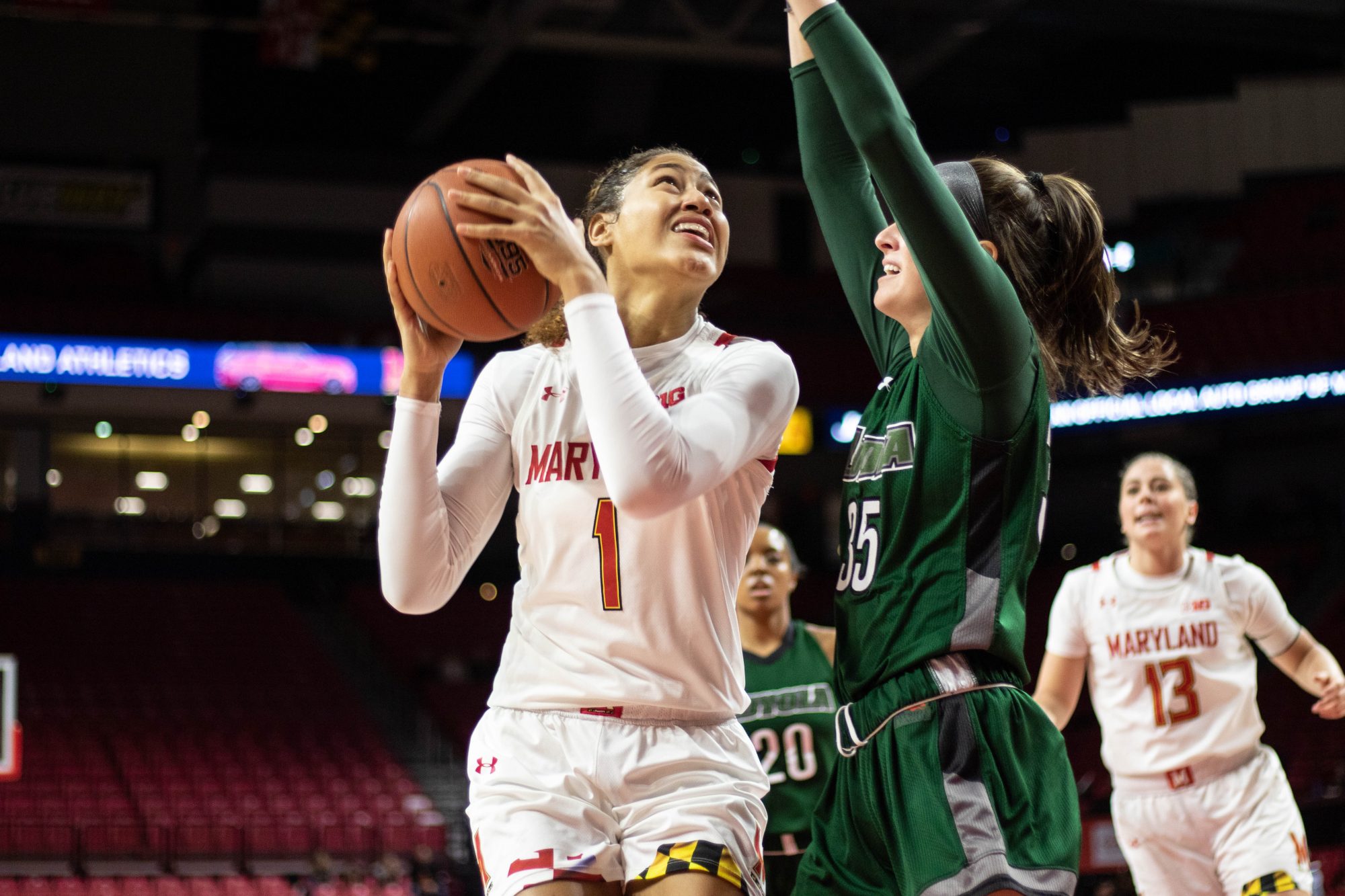 With a hard-fought loss to NC State and a dominating bounce-back win over Loyola on Sunday, the Maryland women’s basketball team fell four spots to No. 13 in the latest AP top-25 poll released Monday.

The Terps swapped rankings with the Wolfpack after the 66-59 defeat in which they were dominated on the glass despite forcing 28 turnovers. Maryland couldn’t overcome the minus-24 rebound differential — it’s worst of the season — and shot just 33.8 percent from the field.

The team responded with a dominant 105-45 effort against Loyola on Sunday, though. The Terps outrebounded the Greyhounds by 31 — their largest margin of the season — and forward Shakira Austin and guard Taylor Mikesell both had career days. Austin posted a career-high 25 points while Mikesell drained a career-best six triples.

Guard Ashley Owusu, however, had her worst two-game stretch of the season. The two-time Big Ten Freshman of the Week couldn’t find her shooting stroke and was sloppy with the ball at times, posting a 36.8 field goal percentage and committing 11 turnovers after having only nine through her first eight games.

Coach Brenda Frese’s squad has dropped both of its ranked matchups this season, the first coming against then-No. 8 South Carolina in the second game of the season. In both contests, the Terps struggled offensively and were out-muscled on the glass by a combined 40 boards.

With guard Channise Lewis likely out for the season as she recovers from her Nov. 12 surgery to repair a torn meniscus and center Olivia Owens still week-to-week with mononucleosis, guard depth and size are areas of concern for the Terps when conference play begins against No. 24 Michigan on Dec. 28.

Maryland will take 10 days off from play for finals before traveling to Atlanta to take on Georgia State (1-7) on Dec. 18.