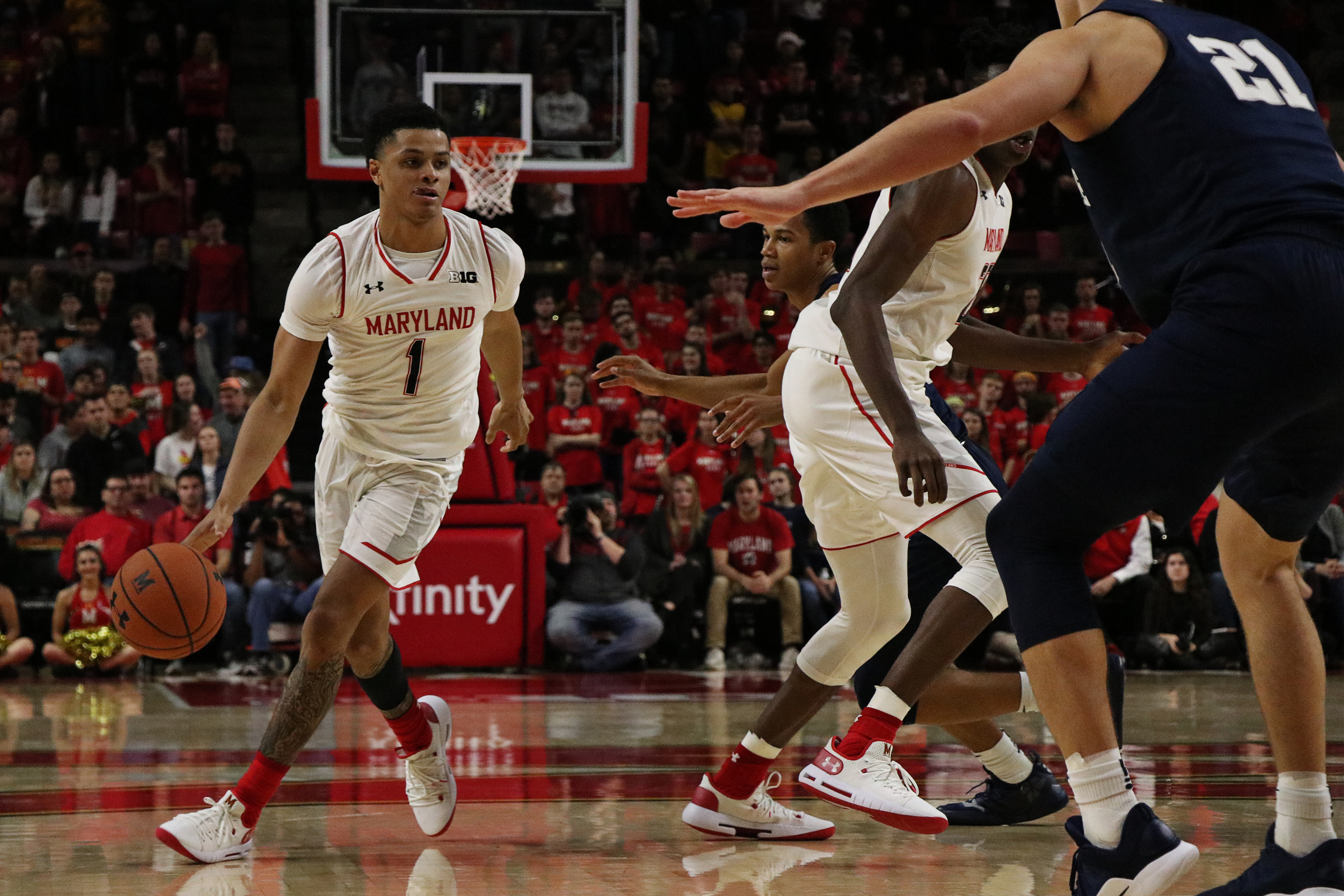 Maryland will put its perfect record on the line when it travels to State College, Pennsylvania to take on Penn State. The Nittany Lions sit 7-2 but are reeling following a 34-point loss on the road against No. 3 Ohio State. Ahead of the matchup, we talked with Matthew Lingerman of The Daily Collegian to learn more about Penn State. Our conversation has been edited for clarity.

Obviously Lamar Stevens is the top player for Penn State but who are some others that fans should look out for?

Penn State has significantly more depth this season than last season, and realistically Pat Chambers has nine guys he can trust in the guts of the game. But aside from Stevens, fifth-year big man Mike Watkins and sophomore combo-guard Myreon Jones are two Nittany Lions to keep an eye on. Watkins has struggled with consistency over the past few years after dealing with injury and mental health issues, but when he plays well he’s one of the most dominant defensive players in the conference, and we’ve seen that version of Watkins more often than not so far this season. Jones, after struggling as a freshman, has turned into an offensive spark plug who can get hot from outside quickly.

What is the identity that this Penn State squad has developed in the first month of the season?

Just as all Nittany Lion teams under Chambers, this squad wants to play high-octane defense in order to jumpstart the offense. The more Penn State can force turnovers and score in transition, the better the team will operate. The Nittany Lions have managed to avoid ruts when the pace is slower, but there’s no doubt the team is predicated on playing fast.

Penn State has two losses. What has gone wrong in those two games?

The first loss, a close loss to Ole Miss in the NIT Season Tip-Off on Thanksgiving eve, came as a result of one of the worst 10-minute stretches I have ever seen a Penn State team play. The Nittany Lions blew a 21-point second-half lead and squandered a chance to win the game by throwing the ball away in the backcourt with about 10 seconds remaining, leading to a pair of made Rebel free throws. In the second loss, which came Saturday at Ohio State to open Big Ten play, Penn State hung around with Ohio State’s methodical play until midway through the second half, when Stevens fouled out, leading to a 43-19 Buckeye run to end the game.

What is the ceiling for this Penn State team?

Before the season, I believed Penn State was a top-half team in the Big Ten who will end its NCAA Tournament drought. Through the first month of the season, I feel even stronger about that assessment. The Watkins of old is back, young players are stepping into roles and Stevens has not reached his peak yet. The conference schedule will be grueling, but this is the best Penn State team perhaps of the decade.

Watkins continues to dominate the defensive interior and Penn State shoots higher than 36 percent from beyond the arc.

Stevens struggles again and/or doesn’t get the perimeter help he needs from younger players.