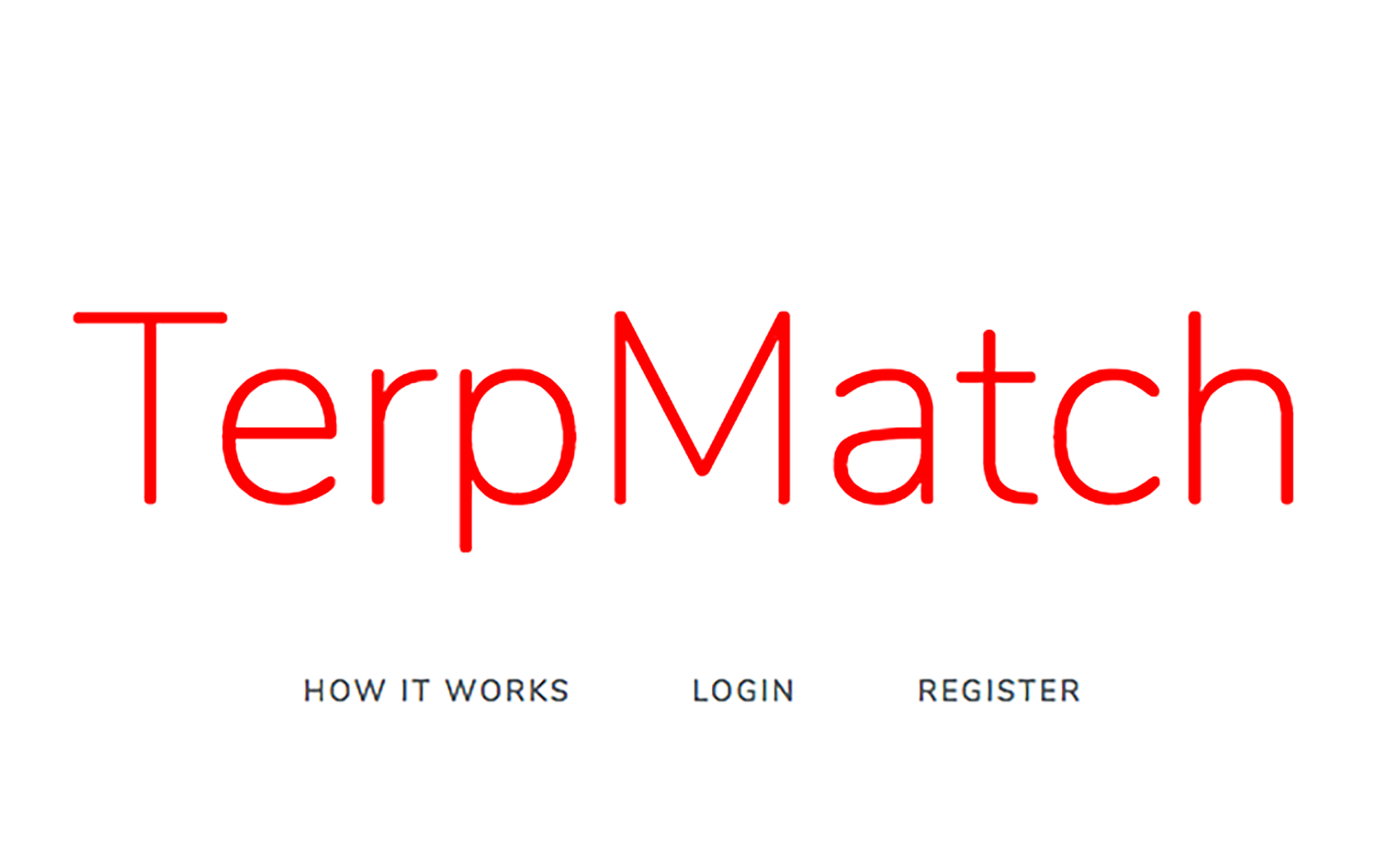 The home page of TerpMatch, a dating site developed by University of Maryland student Brandon Ferrell. (Photo courtesy of TerpMatch)

Celia Cook stared at the signup page for “TerpMatch.com.” She thought it wouldn’t work — but her friend compelled her into registering for it anyway. Then, she posted on Snapchat: “TerpMatch, find me a loved one.”

TerpMatch is a new dating site developed by Brandon Ferrell, a senior computer science major at the University of Maryland. He said TerpMatch has attracted over 1,300 users in four days. The site, which went online Monday, will only be open for two weeks — putting users on a short deadline to finally approach their crushes.

“Say you saw someone in your class that you thought was cute … and you didn’t know if they were into you or if they had a boyfriend or girlfriend,” Ferrell said. “You would just use this instead.”

After Cook found out that her yearlong crush was in the site, she decided to write his name. He messaged her telling her that someone was currently crushing on him, and that he wanted to figure out who it was. He wanted to put in some random names, Cook said, and she feared he would give them false hope.

“I was like, ‘Well, what if you match [with them], but you just put in some random names, but it’s not actually anyone that you’re into?’” Cook said. “Then you’d have to explain that you were just putting in random names.”

But he told her he had a guess, Cook said. During that entire time, Cook was anxiously refreshing the page. And then, they matched.

The site prompts users to type in the name of the person they like, and if that person also types in the user’s name, they can both view the match. While users can see the tally of people who’ve marked them as a crush, they can’t view the names of who’s done so unless the interest is reciprocated.

“It’s a way to anonymously shoot your shot,” Ferrell said.

Cook said this element of anonymity might play a factor in the dating site’s popularity.

“It definitely has opened the door for me. I am a coward,” Cook said with a laugh. “Without this app, I would have never have gotten up the balls to ask him out.”

Ferrell said Terpmatch was inspired by Last Chances, a similar site for Dartmouth College students. Courtney Williams, a senior English major and close friend of Ferrell, talked with her friends from home about bringing the idea to this university, and encouraged Ferrell to try it.

To restrict the website’s use to students at this university, users must register with a terpmail account.

“The idea that it’s only for UMD students, that you don’t get any contact information out of it makes it a little bit safer,” Williams said. “Because you are only matching with people you know… and you know that you’re meeting other students.”

Ferrell is still looking for a way to differentiate people with the same names. He said it could get complicated to require people to know more than the names of their crushes, such as majors or years.

Sabreen Rashid, a junior sociology major, said the website is an interesting idea, but is unsure if it would work well.

To keep the site as close as possible to Last Chances — which is only open for the college’s spring term — Ferrell limited its availability to two weeks, causing some students to question why it couldn’t be expanded, while others said it made the entire experience more exciting.

Nicholas Lee, a sophomore physiology and neurobiology major, isn’t sure if the timing of the site is right.

“I think most students are more focused on finals,” Lee said. “I don’t think they would be… looking for a relationship at that time.”

But Nikzad Seraji, a senior public health major, thought the idea was cool.

“It helps people that are shy to open up,” Seraji said.

Though Seraji said he prefers to talk to the person rather than using dating apps, he said he would consider giving TerpMatch a try. He said he doesn’t think Ferrell needs to copy Last Chances exactly, preferring that Ferrell add a chatbox.

Ferrell didn’t add a chatbox because TerpMatch is not a way to meet new people, he said, but to find out if a missed connection was mutual. He is considering adding the option to the user reveal their phone number or social media handles; the information would only be revealed in matches.

While not having a contact option may make it more difficult for mutual crushes to start a conversation, Williams said it also forces them to put more thought into how to approach them.

“You have to try a little bit harder, which is kind of fun,” Williams said.

And sometimes, that effort pays off. After Cook matched with her crush, they messaged until 1 a.m. — and though they haven’t officially gone on a date yet because of finals week, they met up for a “cuddle date” Wednesday.

Cook said TerpMatch opened a door for her. She isn’t sure where the relationship is headed, but she said it’s an exciting opportunity.

“Someone likes me back,” Cook said with a smile.