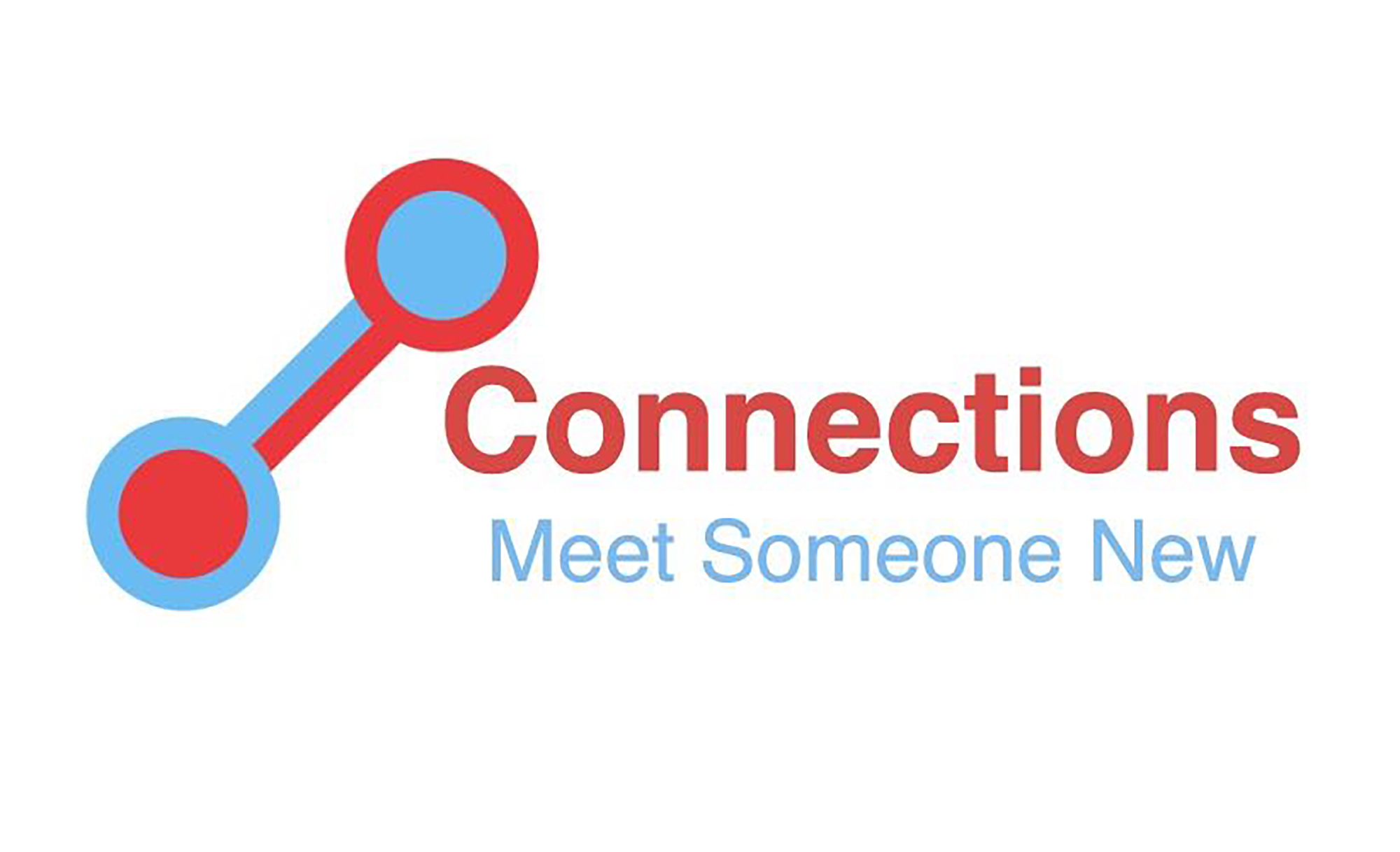 The logo for Connections, an app developed by sophomore computer science major Reid Brown. Brown designed the app to help students make friends by alerting users when another user is nearby and allowing them to message each other. (Photo courtesy of Connections)

For Amy Rivera, a freshman who lives in Dorchester Hall on South Campus, widening her circle of friends can be difficult. While the majority of freshmen live on North Campus and are only a quick walk away from each other, Rivera has to trudge across campus to be near many of her peers.

“The other freshmen, they see each other a lot. They’re all in North Campus” the criminology and criminal justice and government and politics major said. “We don’t get to interact with other freshmen as much, which makes it a little harder to make friends.”

Although Rivera is more extroverted, she recognizes that for some, it can be anxiety-inducing to approach strangers.

Reid Brown, a sophomore computer science major, aims to bridge that gap — he developed an app called Connections in November that tries to help students make friends. The app alerts users when another user is nearby, and allows them to message each other with the option of eventually exchanging numbers.

Brown came to the University of Maryland with an established friend group from high school. Those preestablished groups can make it harder for students to branch out and meet new people, Brown said — he’d sometimes want to strike up a conversation with classmates, but was intimidated by the prospect of approaching a stranger.

[Read more: A UMD alum co-founded a cybersecurity company in 2015. It just received a $15M grant.]

“You need that initial ‘in,’” Brown said. “It’s hard to get to saying the first words.”

He said the app would remove the initial awkwardness in the conversation.

“The app acts as a way to allow people to meet new people without having to directly go up to them and say hello,” Brown said.

The user is presented with a map of other people nearby who use the app, and then can tap on a person’s icon, revealing their name, age and photo, before starting a conversation. The users need to be within Bluetooth range — about 350 feet — to be able to connect.

After the users start messaging, there’s a five-minute timer. At the end, both are given the option of sharing their phone number.

Connections is similar to dating apps such as Bumble, but unlike these apps, it doesn’t connect users based on common interests.

That’s not a concern for Brown, who said questions about shared interests can sometimes fail to accurately capture someone’s personality, and prematurely prevent relationships from forming.

“The basic questions only adds restrictions on who you can meet,” Brown said.

Although creating the app was a quick process, Brown said getting it off the ground is going to be difficult. So far, 40 people have downloaded the app from Google Play, but it needs many more users to be effective.

While developing the app, Brown drew upon the code from a Google program called Nearby Connections, which allows apps to connect and exchange data with other devices. Although he discovered the code about a year ago, Brown didn’t use it until November, when he came up with the idea for Connections.

Writing the code only took him a total of 20 to 30 hours, he said. Brown adapted Google’s code to allow it to send user’s location, name, age and photo to others, and, eventually, their phone number.

Nelson Padua-Perez, a computer science professor at this university, shared the app with his students via ELMS after seeing Brown post about it on a computer science undergraduate student forum. He said he thinks it’s a great example for students who want to develop their own app.

“I just thought it was interesting [and that] maybe other people can benefit from it,” Padua-Perez said.

Rivera said she thought the app was a great idea and “really cute.” Although there are plenty of dating apps used around campus, she said this is a great resource for people who want to connect in other ways.

“Sometimes there’s some people who just want to make friends, you know,” Rivera said. “It doesn’t have to be something romantic.”