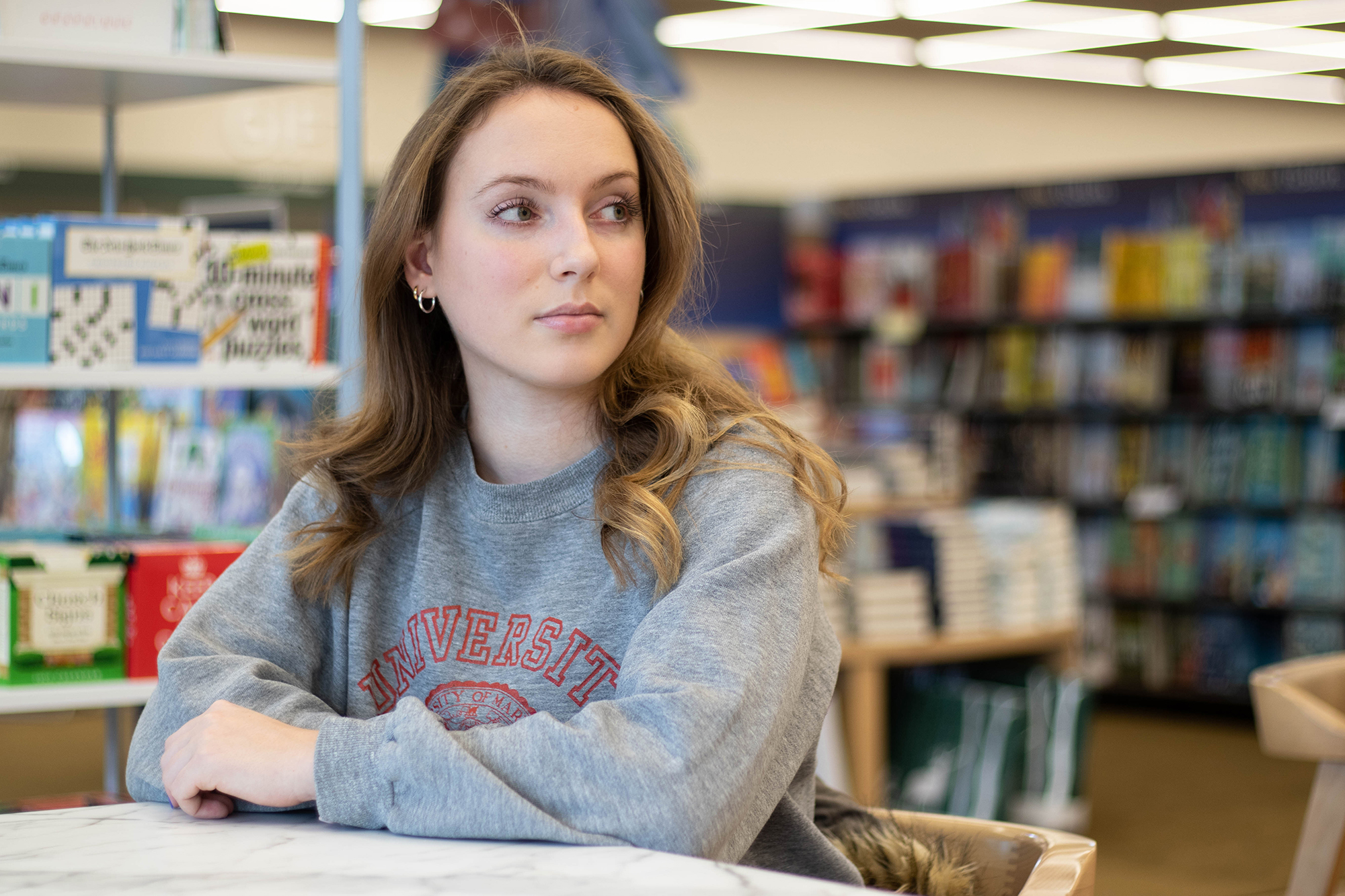 Anielka Skibniewska, a sophomore finance major, returned home early from her semester abroad in Hong Kong because of the protests there. (Julia Nikhinson/The Diamondback)

By Grace Mottley
For The Diamondback

It’s 2 a.m., and while most students sleep, Anielka Skibniewska is about to start class. Every Monday, she electronically joins her cyber lecture at the Hong Kong University of Science and Technology from her home in Columbia, Maryland.

Skibniewska, a sophomore finance major at the University of Maryland, is one of about 20 students who studied abroad in Hong Kong this semester only to have their experiences cut short.

Amid civil unrest in the region, this university suspended its Hong Kong education abroad programs on Nov. 14 for the fall 2019 and spring 2020 terms, said Sarah Marston, a spokesperson for the international affairs office.

The decision came after the Bureau of Consular Affairs at the U.S. State Department raised Hong Kong’s travel advisory to “exercise increased caution.” Protests in the city began in June, when Hong Kong’s parliament introduced legislation that would allow extradition to mainland China.

Since control of Hong Kong was returned to China in 1997, it has been governed under a principle known as “one country, two systems,” which gives Hong Kong autonomy over its own legal and judicial matters.

Safety wasn’t as much of a concern at the beginning of the semester, Skibniewska said. This university encouraged students to download International SOS — an app that sends users alerts of protests or unrest in the area, amongst other functions. Skibniewska also followed Instagram accounts run by protesters that announced when scheduled demonstrations would take place.

“In mid-October, going out into the city started getting harder because starting at 1 p.m. or so there would be protesters and police,” she said.

Escalated tensions between police and protesters in Hong Kong, including police shootings of protesters and the death of a Hong Kong University of Science and Technology student, played a role in this university’s decision to suspend the Hong Kong programs, Marston said.

As the semester progressed, demonstrations moved onto the university campus where Skibniewska was staying. After establishments that supported China — such as Starbucks and the Bank of China — got destroyed in a protest, Skibniewska began to worry if she should stay.

“In a few days, the [University of Maryland] contacted all of us and said that whoever wanted to go home could go home, and they arranged for the flights and everything, we just had to go home,” Skibniewska said.

For other students, like junior biology major Valeria Manent, their trips to Hong Kong didn’t even get a chance to be ended abruptly — instead, they were cancelled in advance.

Despite the protests and unrest in the news, Manent planned to spend her spring at The Hong Kong Polytechnic University.

As protests escalated, Manent said this university’s study abroad office offered alternative options: She could stick with the program and see what happens, apply to a secondary program or withdraw from the program completely and get a refund.

Manent worked with advisers to send a last-minute application to study in Australia in the spring, and when the Hong Kong program was ultimately cancelled, she was grateful for her choice.

“I’m concerned for everyone else who is over there, but I’m relieved that I don’t need to go somewhere where I’m apprehensive about at all,” Manent said.