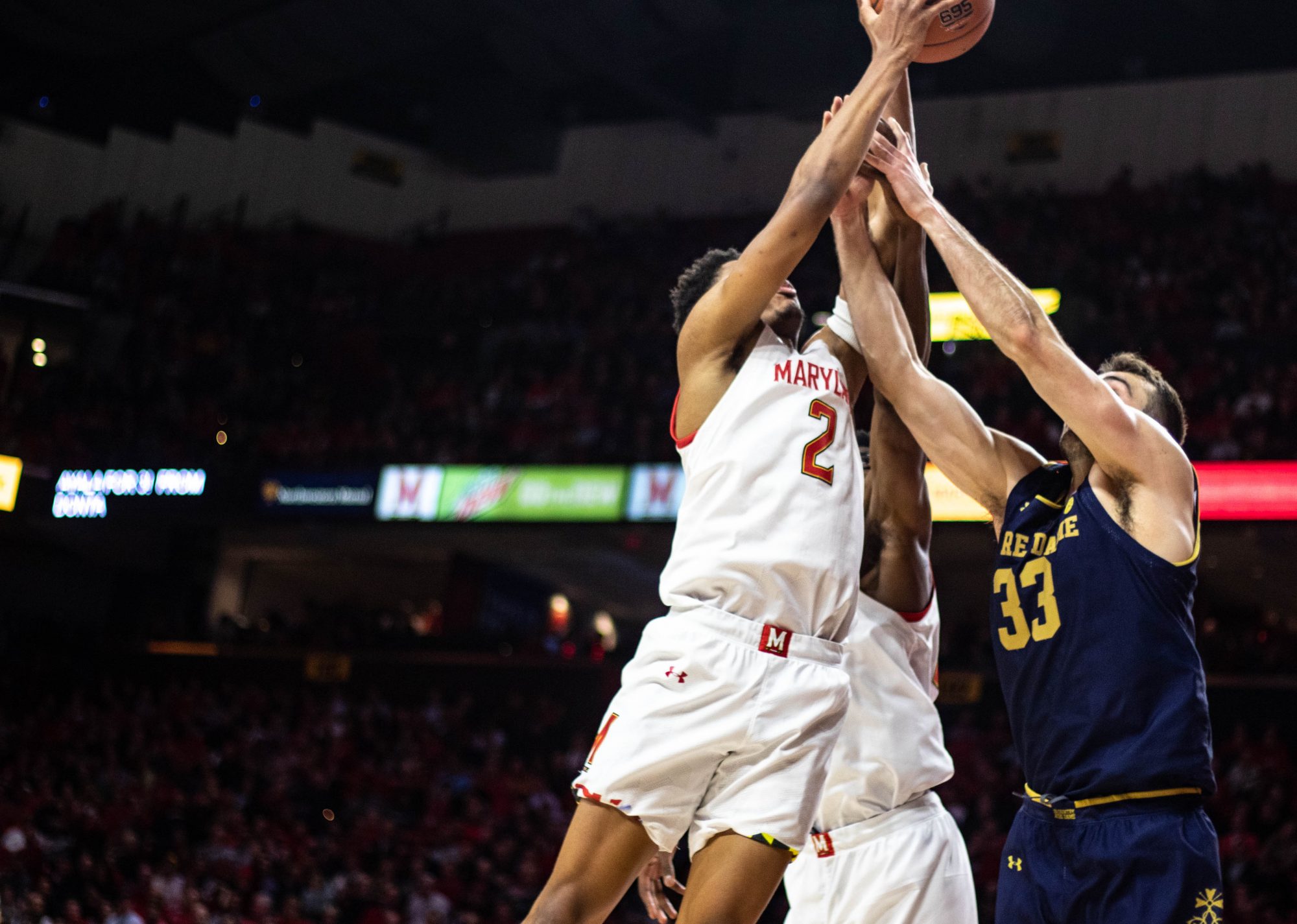 Guard Aaron Wiggins goes for a layup during No. 3 Maryland’s 72-51 win over Notre Dame at the Xfinity Center on Dec. 4, 2019. (Julia Nikhinson/The Diamondback)

The Maryland Terrapins raised their record to 9-0 after dismantling the Notre Dame Fighting Irish 72-51 on Wednesday in front of a national television audience on ESPN.

However, it wouldn’t be the only time that ESPN would feature Maryland on Wednesday night.

While Jalen Smith may have dominated Notre Dame with his 15 points and 16 rebounds, Aaron Wiggins stole the show with the play of the game at the end of the first half.

With 5.8 seconds left in the half and Maryland holding a 30-20 lead, Anthony Cowan Jr. inbounded the ball to Wiggins, who attempted a three-pointer from the right wing.

His shot was off-target, but Wiggins made a heads-up play and followed his miss, leaped and slammed home a putback dunk.

It’s quite rare, yet impressive, that a player will rebound his own missed three-pointer and slam home a putback dunk in the same sequence. The play not only went viral on social media but was awarded as the top play of the day by SportsCenter.