Undefeated at No. 3, Maryland men’s basketball remembers how fun the sport can be 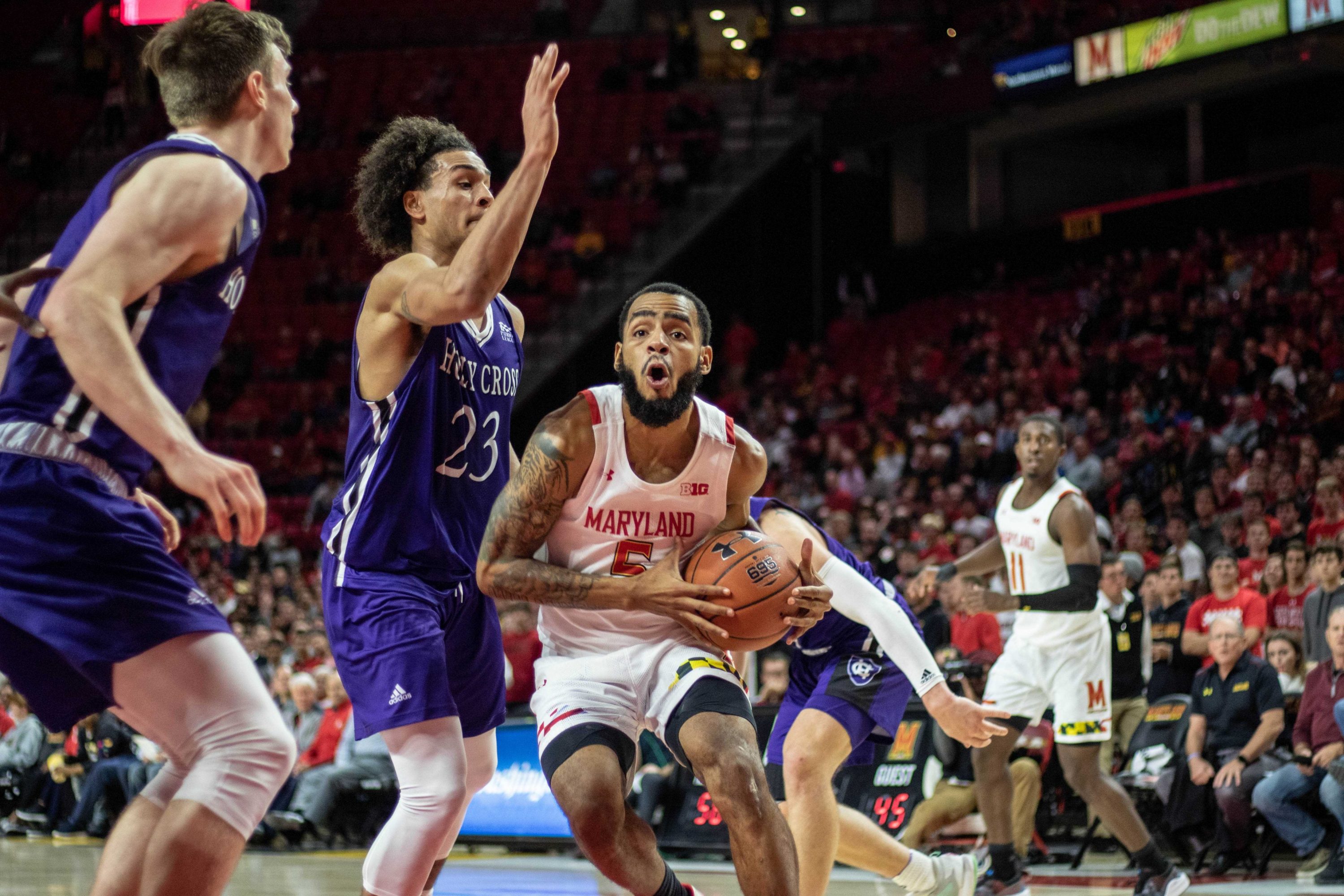 Eric Ayala doesn’t remember the exact time in the game, but he remembers what it felt like — fun.

In a hyper-competitive sport with threats of upsets always brewing, it’s a feeling that can get lost in the shuffle of expectations and lofty national rankings. It’s a feeling that can be lost within the pressure to win, even though members of the Maryland men’s basketball team spend most of their waking hours thinking about or playing the sport.

But right now, with the Terps flying high and seemingly finding all the answers to what eight opponents have thrown their way so far, fun can ooze back into the game. Faced by a zone defense at some point late in Sunday’s win over Marquette at the Orlando Invitational, Ayala remembers that feeling of fun, the ball whizzing between players in a game firmly in Maryland’s favor.

“It takes the pressure off,” Ayala said. “We ain’t thinking about, ‘We’re No. 3 in the country,’ or, ‘We’ve got to win this game.’ We just, playing for each other. Going out there and having the most fun we can.”

[Read more: Behind 8-0 start, Maryland men’s basketball climbs to No. 3 in AP Poll]

It’s something that might not have come as easily last year, when Maryland relied on five freshmen for considerable minutes. But now those freshmen are sophomores, more experienced and more composed, and it’s most evident with the Terps’ small lineup on the floor: Ayala, Anthony Cowan, Aaron Wiggins, Darryl Morsell and Jalen Smith.

Coach Mark Turgeon pulls that lineup out on a matchup basis, but the unit worked well together in the Orlando Invitational championship, providing 85 percent of the points scored against the Golden Eagles. They piled on those points with smiles and laughs, yet never lost focus.

That group has a certain chemistry already built in, which couples with maturity to create what Turgeon called his best five.

“We know how to play off each other,” Ayala said. “It’s fun out there, playing with other guys that, you know, we’re all kind of thinking on the same page. It makes the game easier, to just go out there and play.”

As the season picks up in pace — Notre Dame visits College Park on Wednesday and Big Ten play begins after that — those players will be pivotal in maintaining what has been the Terps’ best start since 2006. In Thursday’s Orlando Invitational opener, Ayala added 13 points to complement Cowan’s career-high 30. Then on Friday, all five of those players scored in double figures.

In those matchups, Ayala came off the bench. But against Marquette, a guard-heavy team, Turgeon figured he could use his smaller starting five. Prior to Sunday, Maryland had trailed after 10 minutes in five of its first seven games. With the smaller lineup starting, the Terps bucked the trend of slow starts to produce a season-best seven-point lead midway through the first half.

And Turgeon — usually wary of having a young bench — feels more confident in leaning on his veterans as starters, given the development of rookies such as Makhel and Makhi Mitchell, Donta Scott and Hakim Hart.

But those core players have built off their freshmen campaigns, proving to be lock-down defenders as well as talented scorers. The combination has served the team well so far.

“Having those guys that played so many minutes last year, they’ve been through it. And I like to think we continue to play with poise,” Turgeon said. “No moment’s been too big, and we’ve been able to handle it no matter if we’re down six, down seven, whatever, we just keep fighting.”

There have been plenty of moments, particularly in first halves, where Maryland has found itself trailing. The Terps are still 8-0, though, climbing to No. 3 in the rankings because they’ve figured out those situations time and again.

Against marquee opponents, 21-point victories don’t come often. And they’ll likely be even fewer and farther between as the season progresses. That’s what made Sunday’s contest unique, with Marquette well out of reach and Maryland swinging the ball around its opponent’s zone defense with freedom.

So when they have that opportunity, Maryland’s players won’t forget what it feels like — fun.