Behind 8-0 start, Maryland men’s basketball climbs to No. 3 in AP Poll 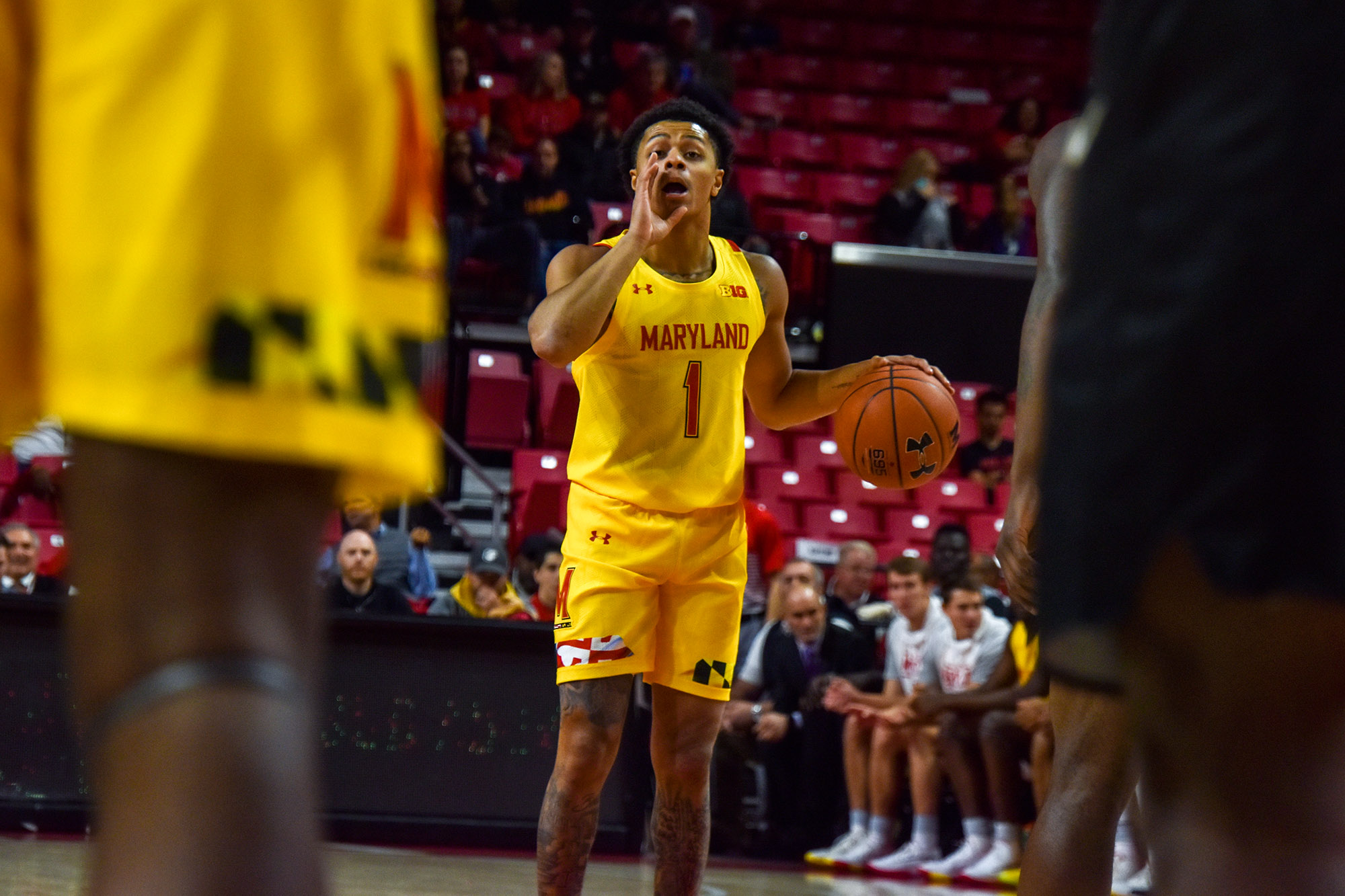 Guard Anthony Cowan makes an audible to his teammates during Maryland basketball's 80-50 win over Oakland at Xfinity Center on Nov. 16, 2019. (Joe Ryan/The Diamondback)

After its best start since 2006 — and losses from other teams higher in the top five — Maryland men’s basketball climbed two spots to No. 3 in the latest AP top-25 poll released Monday.

The Terps took care of business at the Orlando Invitational, with guard Anthony Cowan averaging 24 points per game. The senior led his squad to wins over Temple, Harvard and Marquette. Cowan was stellar in the tournament-opening win against the Owls, scoring 30 points on 11-for-19 shooting with four 3-pointers.

Last week, Maryland moved up to No. 5 in the country. But after Virginia Tech toppled then-No. 3 Michigan State on Nov. 25 and then-No. 1 Duke lost to Stephen F. Austin the day after, it was fairly evident the Terps would receive another rankings boost if they took care of their own business.

Temple and Harvard proved to be tricky matchups, and Maryland trailed deep into the second half of both contests. The Terps controlled the Golden Eagles and guard Markus Howard wire-to-wire on Sunday, though, to secure the Orlando Invitational title.

Elsewhere in the top five, Louisville moved into the nation’s top spot after its own undefeated start. But the Cardinals have a matchup against newly No. 4-ranked Michigan, a team that was unranked last week before upsets over Gonzaga and North Carolina, both of whom were in the top 10.

And Kansas — its lone loss a season-opening defeat against Duke — takes over the No. 2 slot after surviving an overtime tilt with Dayton in the Maui Invitational tournament.

That leaves Maryland at No. 3, its highest ranking since the 2015-16 season. Meanwhile, Ohio State moved up to No. 6 while Duke and Michigan State fell to Nos. 10 and 11, respectively.