Review: ROLE MODEL deserves all the recognition he can get, because he’s just that good 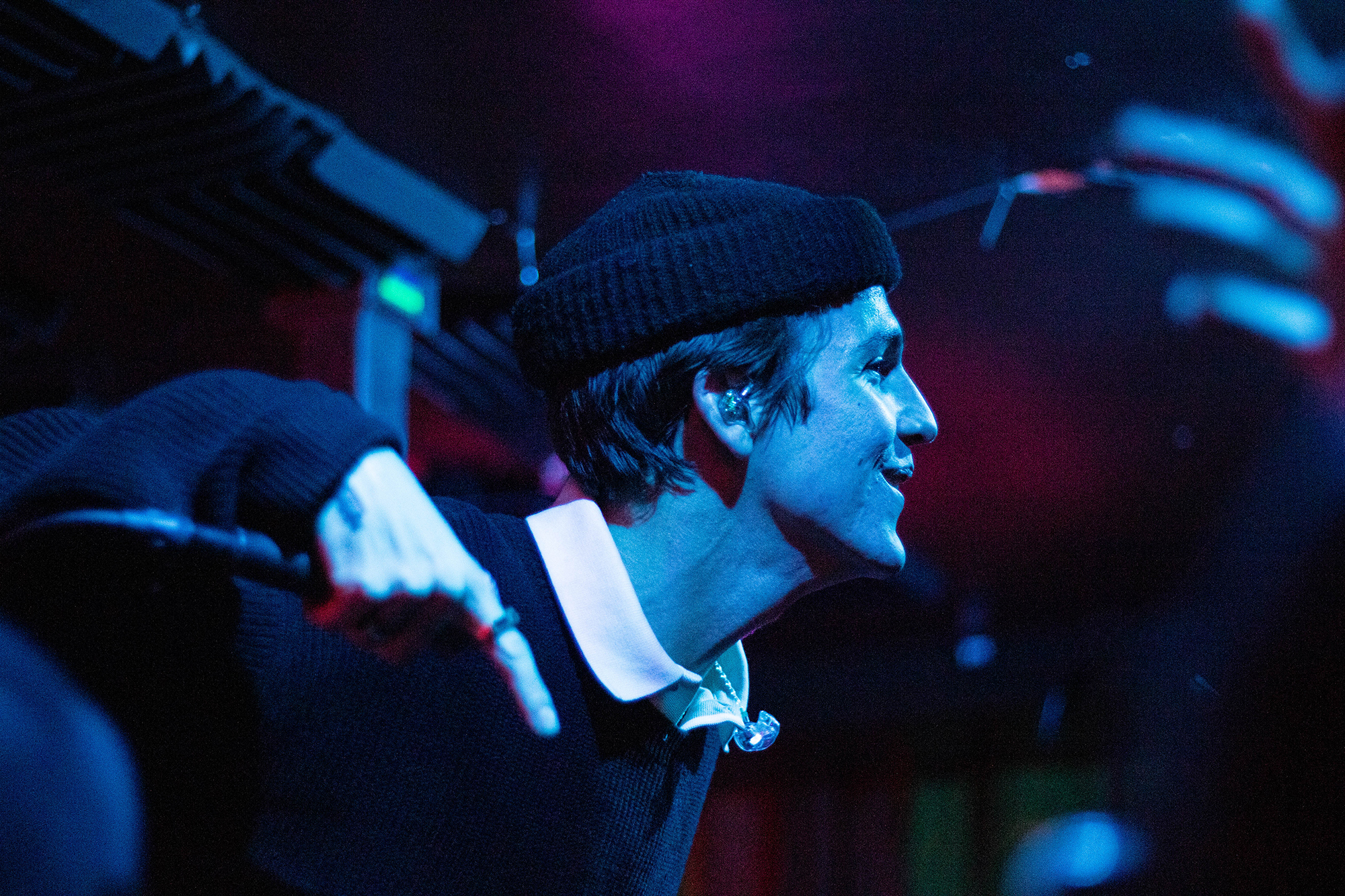 I rarely hear an artist sound the same in both their recordings and live performances. But when I do, I treasure it the most.

ROLE MODEL’s performance at Songbyrd in Washington, D.C., on Saturday was so incredibly memorable that it left me starstruck and eager for more by the end of the night. It didn’t matter that I was profusely sweating in my two layers of thick sweaters or that my view was obscured by an eager fan’s mess of thick curly hair.

I was in complete awe as I listened to ROLE MODEL’s raspy voice, which had hints of tenderness mixed with Gen Z angst, perfectly hitting every note. I swear he had AutoTune shaking while he performed.

Throughout the night, ROLE MODEL, the musical moniker for Tucker Pillsbury, performed hits from his latest EP, oh, how perfect, as well as some of his older singles. In the packed, sauna-like venue, which oddly resembled a frat basement pregame, it was thrilling — and quite emotional — to watch Pillsbury’s zeal increase by the minute as he watched enthusiastic fans dance and sing along to his latest music.

And although Pillsbury may not be a mainstream artist (yet), the immense dedication and support from his fans in the District was beautiful to see. There was never a quiet moment, especially when Pillsbury broke into a new song or touched a lucky fan’s hands.

[Read more: Review: BROCKHAMPTON is completely uncategorizable and I love it]

Sure, the excessive screaming at times — especially during “hello!” off his new EP, or his 2018 single “six speed” — made it feel like I was at a sappy tween girl concert. But it just reassured the fact that so many local ROLE MODEL fans came out to enjoy quality music and support a talented budding artist.

But the most emotional moment was when Pillsbury performed a more alternative and lo-fi rendition of Miley Cyrus’ “The Climb.” As I listened and passionately sang along, I was reminded of those distinct moments in my childhood when I had the song on repeat.

Yet Pillsbury managed to make the already-somber song his own. His cover brought about a new meaning, and as a 20-year-old approaching 21, I couldn’t help but feel existential and slightly depressed as I contemplated the meaning of my own life as well as fearful yet hopeful about my future.

By 9:30 p.m., the night was coming to an end and Pillsbury’s grand finale was a performance of “thank you for coming.” He went all out as he danced feverishly, crowd surfed for a bit and then blew kisses to his ardent fans while walking off the stage.

However, the audience was still eager for more, and so was I. I found myself checking the time and thinking: “Really? It can’t possibly be over now? That was too short and the performance just can’t end this early.”

Antsy fans called for Pillsbury to play one more song and shouted a collection of song requests. In no time, Pillsbury was back on stage to ask the crowd if they were ready for a few more songs — the obvious answer an enthusiastic “YEAH!”

The night officially came to an end with a performance of “girl in new york”, one of my favorites from Pillsbury. It’s the song that introduced me to ROLE MODEL; watching him perform it live brought about a concoction of indescribable feelings.

Although the song is quite mellow and chill, I didn’t get those vibes when I listened to it live. Instead I got goosebumps and chills as soon as he played the first note. I also had this strong urge to cry and dance at the same time — which I did.

Not only is this song lyrically and instrumentally beautiful, it’s also incredibly hypnotic. Listening to “girl in new york” live was, quite frankly, an out-of-body experience, and I felt like I was sharing a sliver of happiness and a bit of untold musical gold with everyone else in the room.