Review: BROCKHAMPTON is completely uncategorizable and I love it 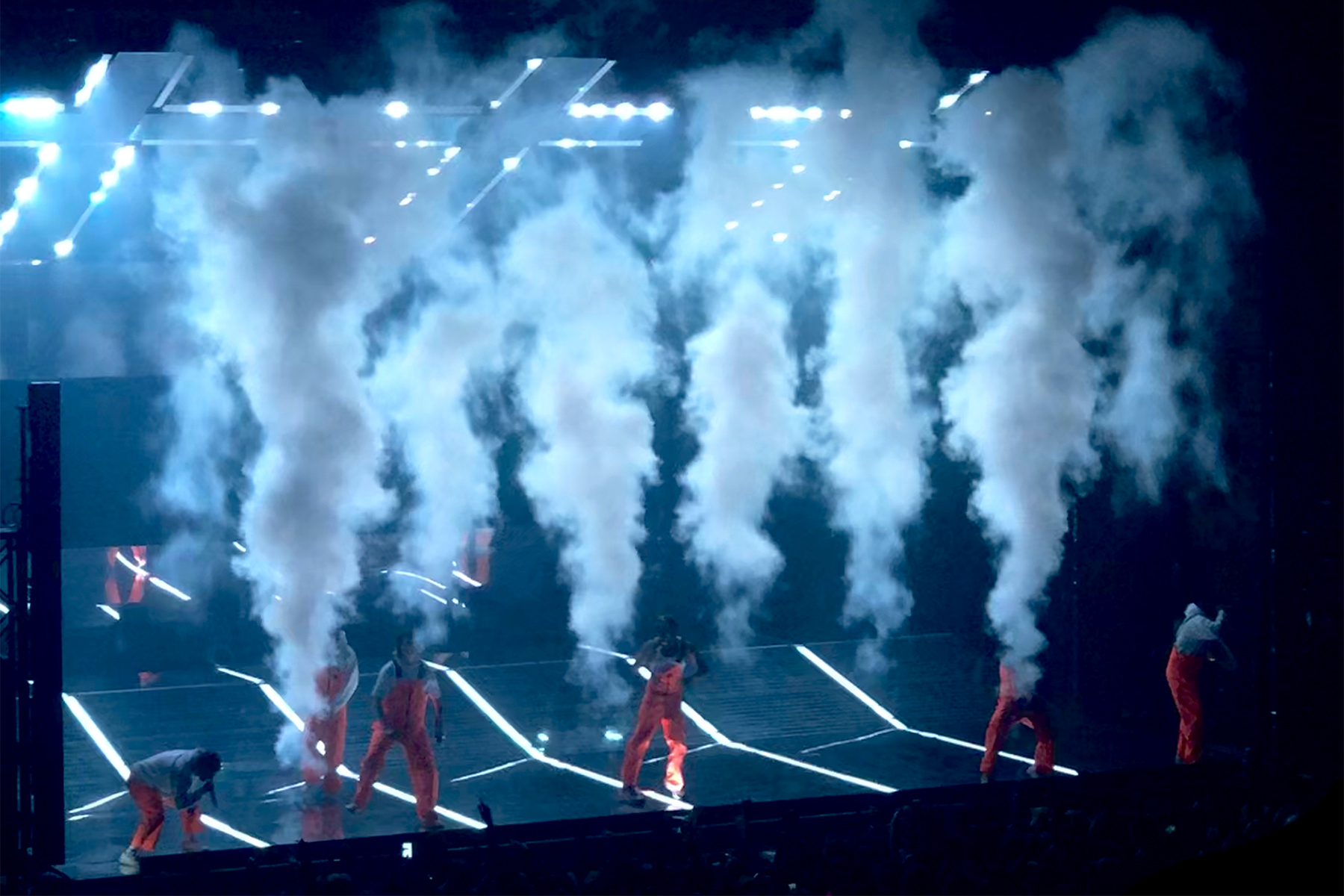 Rap group BROCKHAMPTON brought their "Heaven Belongs To You" tour to The Anthem in Washington, D.C. on Monday (Photo courtesy Juliette Ducasse).

If you got lost on the way to the venue, you should be able to tell when you’re nearing a BROCKHAMPTON concert in Washington, D.C. You start seeing fewer suits and slacks — and more tie-dye, cuffed jeans and obscure crewneck sweaters, as well as Vans in every color imaginable. You’d feel the energy among the crowd that precedes any concert.

But there’s a special sense of creativity and self-expression among this particular group. In that sense, BROCKHAMPTON’s show at The Anthem mirrored their audience — strong energy and a high dose of self-expression.

At 9:30 p.m at The Anthem on Monday, the instrumental to “ST. PERCY,” from the group’s most recent album GINGER, started. And one by one, the members of the band walked on stage to rounds of applause and shouting, as if they were being introduced as the starting lineup in a basketball game. Though a fourteen-man team, BROCKHAMPTON featured just six of their group for the on-stage performance aspect: Kevin Abstract, Matt Champion, Merlyn Wood, Dom McLennon, JOBA and Bearface.

BROCKHAMPTON often calls themselves the world’s best boy band, in what seems like a jokey commentary on male-dominated groups. But they actually felt like a boy band on Monday night — one of the best in the world at that. They felt rehearsed in a way that rap groups rarely do, with choreographed dancing and timed cues, while still maintaining what felt like a genuine performance.

[Read more: Grammy season is upon us — and this year’s nominations are a real eye-opener]

The matching outfits certainly got that point across, too. The six on-stage members donned florescent orange overalls that were part-prison-jumpsuit and part-painting-smock. The color was perfect, glowing when the futuristic stage design changed colors rapidly.

Instead of doing the typical, “How’s everybody doing out there tonight?” during breaks, Kevin Abstract repeatedly called out “Is everyone ok? Is everyone ok?” and I felt like he really wanted to know.

Perhaps this sense of looking-out comes from a lack of difference between the band and their fans — like most of the people at the show, the members are all in their twenties. When they invited four fans on stage to hang out on a red sofa and dance with them while they performed “QUEER”, it really felt like you were getting an insight into a goofy friend group.

They ended the show with “NO HALO,” a fitting track given that the name of the tour is “Heaven Belongs To You.” The song is about imperfection — maybe even not being worth an invitation to heaven — and is summed perfectly up by Merlyn’s line, “Do I matter? I’m ecstatic, I’m depressed/ More like God’s special mess, never had no halo.”

BROCKHAMPTON doesn’t want a halo and they don’t want your approval either. It’s so easy to want to put people or groups into categories and label them. This is a rap group, this is a pop group, he’s gay, he’s straight, they make bangers, they make slow songs. If you go to a BROCKHAMTPON show you’ll see them display the same thing their fans display in their clothing — unafraid authenticity.