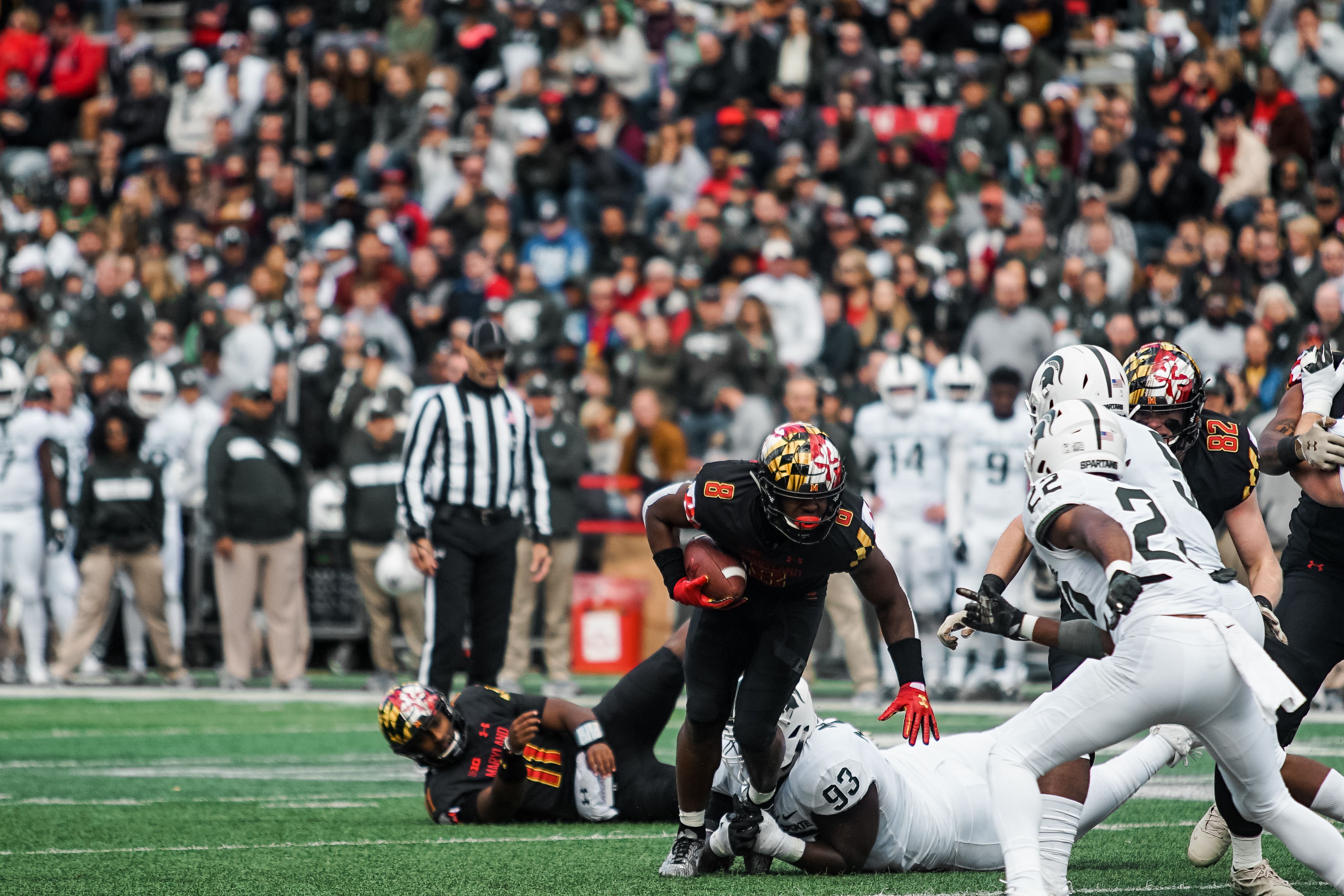 Only one game remains on Maryland’s 2019 schedule, and it’s a visit to East Lansing and the Michigan State Spartans. Michigan State needs a win to go bowling, sitting at 5-6. Ahead of the matchup, we reached out to Justin Frommer of The State News to learn more about the Spartans. Our conversation has been lightly edited for clarity.

After starting off the season ranked in the top 25, Michigan State has faltered. What has gone wrong this season?

You take a look at every aspect of Michigan State this season — offense, defense, special teams and coaching — there have been major issues in each. Offensively, the team has dealt with tons of injuries. Darrell Stewart Jr., who was MSU’s leading receiver, has been out since the second half of the Illinois game. Offensive linemen Tyler Higby, Kevin Jarvis, Matt Allen, Luke Campbell, AJ Arcuri, Cole Chewins and Blake Bueter have all been out for periods of time. This has forced three true freshmen in J.D. Duplain, Nick Samac and Devontae Dobbs into the starting lineup. MSU has also struggled to consistently run behind that O-Line, though Elijah Collins has shown many glimpses that he will be a bell-cow back in the future. And Brian Lewerke has struggled with accuracy in recent weeks besides last week’s game against Rutgers.

Defensively, the Spartans are failing at the fundamentals that had made the unit so dominant during Mark Dantonio’s tenure. Michigan State has struggled in the secondary, giving up many big plays. The defense also consistently misses tackles in the open field, which results in longer drives.

Matt Coghlin has regressed this year and has been very inconsistent on field goals. And coaching at all levels, including Dantonio, has been subpar.

The Spartans offense has been very hit or miss this season. What do they do well, and what has been the main area of concern?

When Michigan State is able to utilize Brian Lewerke in the run game and set the tone at the line of scrimmage, that really opens some things up on the outside for the rest of the offensive weapons. The “Pound Green Pound” mentality has been a staple since Dantonio arrived in East Lansing, and I am sure that is what they will try to do against the Terrapins as well.

How big of an impact has the absence of Joe Bachie had on the defense?

In terms of being a vocal leader on that side of the ball, Bachie has been a huge absence. But two other team captains in Raequan Williams and Kenny Willekes have stepped up in his place. Noah Harvey was inserted into the first-team defense and has shown glimpses coming off the edge with athleticism and speed. Where Michigan State really misses Bachie is those missed tackles. That was one of his strongest assets to the team.

Who is one player who has been flying under the radar that fans should look out for?

Antjuan Simmons has been an up-and-coming commodity in the state of Michigan, but he may not be known as much in the rest of Big Ten country yet. Simmons is MSU’s leading tackler. He is normally an outside linebacker but has played some snaps at middle linebacker in Bachie’s absence. He’s been another guy that has stepped up vocally during that rough five-game losing streak. You listen to him talk after each of those games and you can easily tell that he will be a team captain during his senior season next year.

Michigan State wins if the offense can finish drives off. When the Spartans don’t have trouble moving the ball, many drives have stalled before they move into the red zone, or have ended in turnovers, missed field goals or penalties that have set the Spartans back in long down and distances. Dantonio called this game a “program game” this week, comparing it to 2012 when MSU needed to win at Minnesota in the last week of the season to finish 6-6. Saturday will truly show how motivated MSU is to finish the season on a high note.

Maryland wins if it can connect on its big plays. Like I said before, MSU’s defense has been susceptible to that this season. If Josh Jackson, in his return to Michigan, can make some big-time throws and Anthony McFarland can get some big chunk plays, that may be enough to put the Spartans on their heels.