Maryland football vs. Michigan State: How to watch and what to watch for 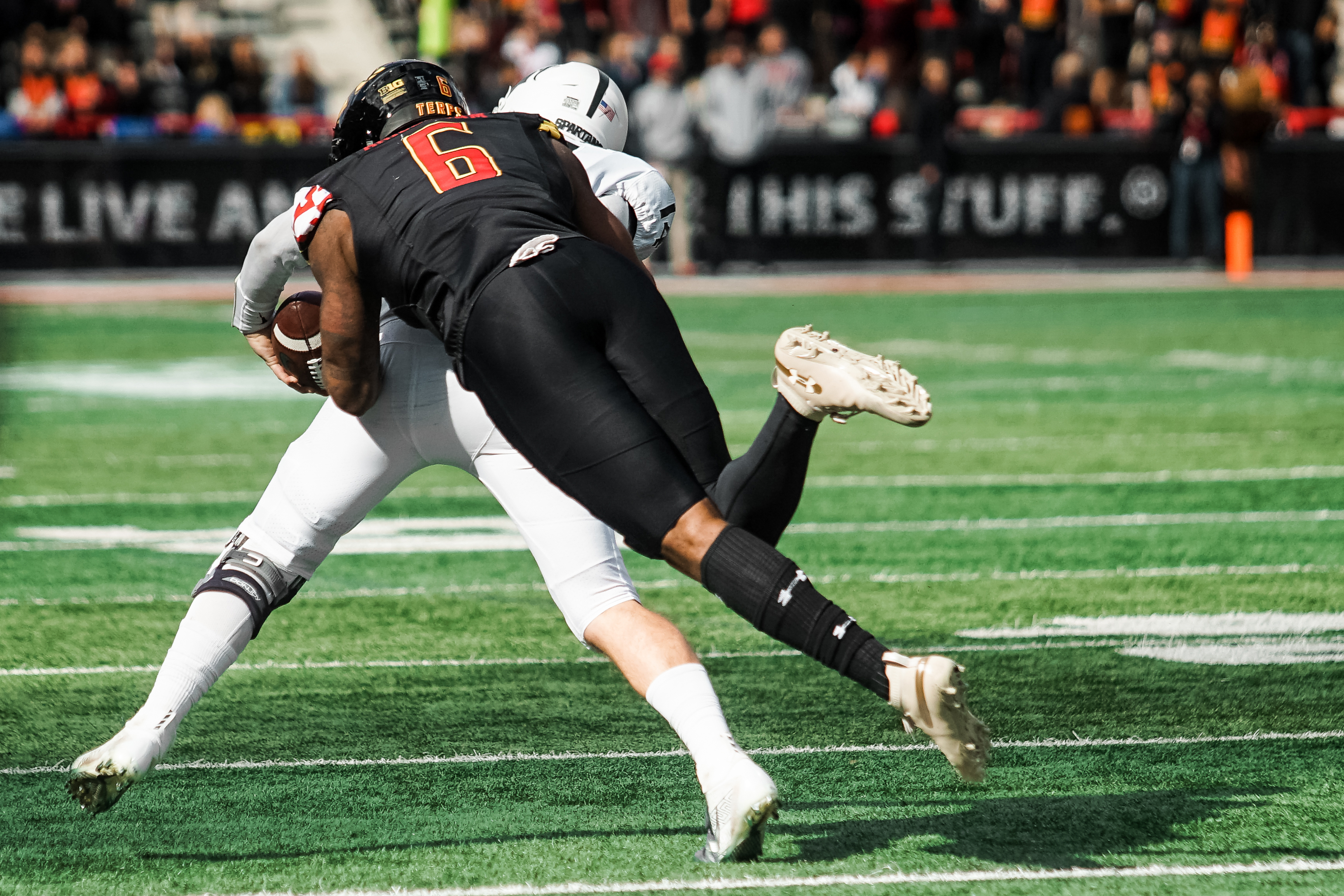 After a strong 2-0 start and becoming a ranked team for the first time since joining the Big Ten, the Terps lost eight of their next nine games en route to a 3-8 record. Saturday’s game represents the last chance for this year’s team, which will be looking to pull off a road upset and end their season on a positive note.

2. Who takes the most snaps at quarterback?

So far this season, the Terps have seemingly had a revolving door at the quarterback position, with Josh Jackson, Tyrell Pigrome, Tyler DeSue and Lance Legendre all seeing time so far. With Saturday serving as the season finale, Maryland could look to get all of them involved in an effort to find a future starter under center.

Maryland has lost each of its last four games by at least 31 points and has struggled to stay in games from the start. With one more chance on Saturday, the Terps will hope to right the ship as they look to upset the Spartans.

1. Taking care of business at home

After going 3-1 in their first four home games, Michigan State has dropped back-to-back home games against Penn State and Illinois. With a final home game on Saturday, the Spartans will look to send their fans home happy by finishing the year with a victory.

Sitting at 5-6 on the season, a win would make the Spartans eligible for a bowl game for the third consecutive season.

Michigan State comes into the matchup ranked 18th in the country in total defense, allowing just under 320 yards per game. Going against Maryland’s 104th-ranked offense, the Spartans’ defense may be set for a big day.