Review: ‘Suffragette’ leaves the glamour behind in revealing the struggle for women’s suffrage 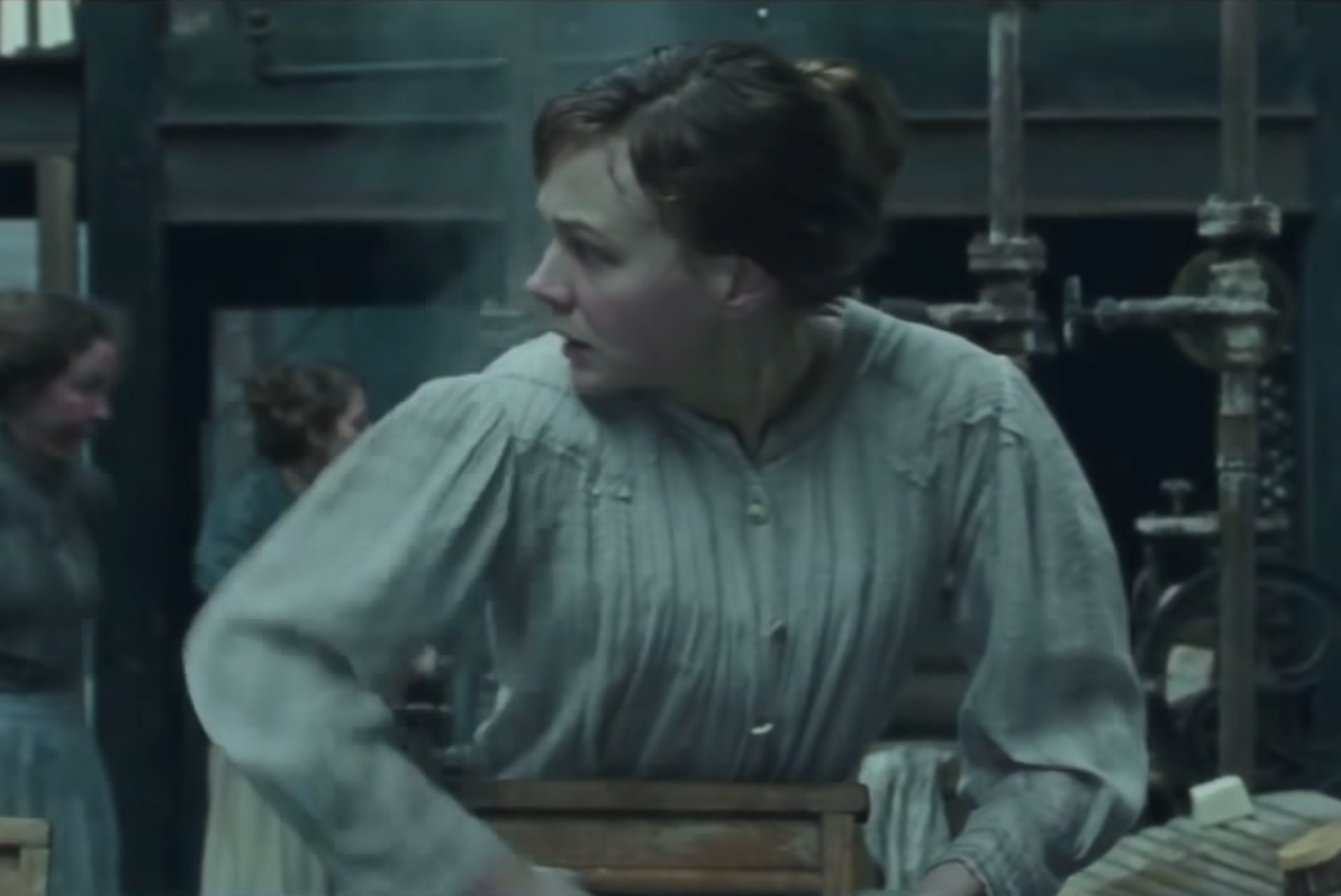 The 2015 film 'Suffragette', which recently came to Netflix, shows working-class women's struggle for voting rights in 1900s London — a tale that is all too resonant in 2019 (Photo via YouTube).

In 2015, Suffragette was released into a world that seemed to teem with support and passion for women’s rights. Watching the film then surely felt like we were standing on the precipice of a new, different era. The British government — which, in the early 1900s-based movie, is so opposed to women’s rights — had by then had one female prime minister. In Saudi Arabia, women were preparing to cast their votes for the first time in the country’s history.

Now presented to us through the world of online streaming, Suffragette’s struggles seem just as dire as they seem foreign, a far-off generation of pain that shouldn’t affect us. But where is women’s suffrage in 2019?

Next year will be the first centennial for white women’s right to vote in the United States, and we’ll be creeping toward the same accomplishment for Britain, where Suffragette is set. The right to vote for women is secure in these countries and most others, but the state of women’s rights to other parts of their lives, such as their safety, the power of their words under the law and their bodily autonomy seem to be at a tipping point, even — or especially — in so-called first-world countries.

The state of living for women seems like it couldn’t get much worse in Suffragette. The film showed the grisly side of an oft-romanticized period. The story centers around a young, working-class woman, Maud Watts (Carey Mulligan), who becomes tied to the fight for women’s suffrage in early 1900s London, and whose life dramatically changes as a result.

The film, which was recently re-released on Netflix, rejects the more conventional plotline of ending with a victory for women, instead choosing to highlight the fight. Maud loses everything in the struggle: her home, her husband, her job and worst of all, her son. The film brings to light the precarious situations that emerge when women aren’t given a voice.

The laws of England afford no path to justice for Maud and other abused women. As a contemporary movie on an early social movement, it has a clear message. In all major civil rights movements, there is criticism of lawlessness among the oppressed. Suffragette shows women being beaten and brutalized by the police, their husbands and their employers. Though it may discredit them as violent or unstable, they have no choice but to flout the law. The law holds no comfort for them.

These patterns of criticism toward activists haven’t evolved in modern-day conversation. The events of early suffrage movements — blowing up mailboxes, martyring oneself — that we glorify in film and history, we often condemn in contemporary movements. Suffragette reminds viewers that doing things by the book has not always proved fruitful, and sometimes a few stones need to be thrown to earn basic rights.

The political struggle for women’s rights still exists in that delicate place of seeking freedom through the law and understanding that there is no system set up for women to live safely.

Recent cases such as the death of Clark Atlanta University student Alexis Crawford show that when women report their abuse to the police, those departments often don’t act fast enough to save them. Phenomena like the rape kit backlog show us that when women submit to rape kits, the evidence is often lost or sits undetected among hundreds of thousands of others.

One of the main points of conflict in Suffragette is the sex abuse that occurs with the knowledge of the police, who tell women that their word means nothing against that of a powerful man. It’s a rhetoric that sounds damningly familiar in 2019.

[Read more: Action-packed thriller ’21 Bridges’ is exactly what it set out to be]

Suffragette ends on a positive note, reminding us of just how far we’ve come because of brave women in the early 20th century. Watching it this week is a reminder of how much we must still rely on brave women. We rely on these women who the justice system does not believe, who society has failed, who have nothing else to lose — to stand up and fight for themselves and other women. In that way, we have not changed, despite the passing of a hundred years.

Even if things have not progressed as much as we may have wished when the film came out in 2015, it is immersive and moving in its ability to remind us of the measures that must be taken for freedom. Mulligan gives a heart-wrenching performance as Maud, the suffragette who goes on despite losing everything. She’s complemented by Helena Bonham Carter, who plays Edith Ellyn, and Anne-Marie Duff, portraying Violet Miller, both of whom impress with their resilience and vulnerability.

In contrast to their relentless heroism, Sonny Watts (Ben Whishaw) and Arthur Steed (Brendan Gleeson) give spectacular but enraging performances with their casual and consistent cruelty. They embody the hopelessness of a world ruled by men who can turn a blind eye out of convenience.

Neither character is one of the men who beat and abuse the women of the film, but they stand by and watch while it happens. They don’t believe the women in front of them, and they do nothing to stop their torture. In this way, Sonny and Arthur represent modern villains as much as they do Victorian ones.

Maud wins very little by the end of this film. It seems like the suffragette movement has taken everything from her. But there is a notable change: We get to see her transform from a woman with no agency to a woman defined by it.

Although she cannot stop or punish her abusers by the end of the film, she can help other young girls flee abuse. Although she can no longer see her own son, she can fight for the rights of the next generation. The severe social stigma that working-class women faced while trying to change the course of history pales in comparison to the stamp they left on it. It’s a film to watch in this era as we must try to leave our own stamp, to change history.