Four of the best moments from Maryland football’s seniors 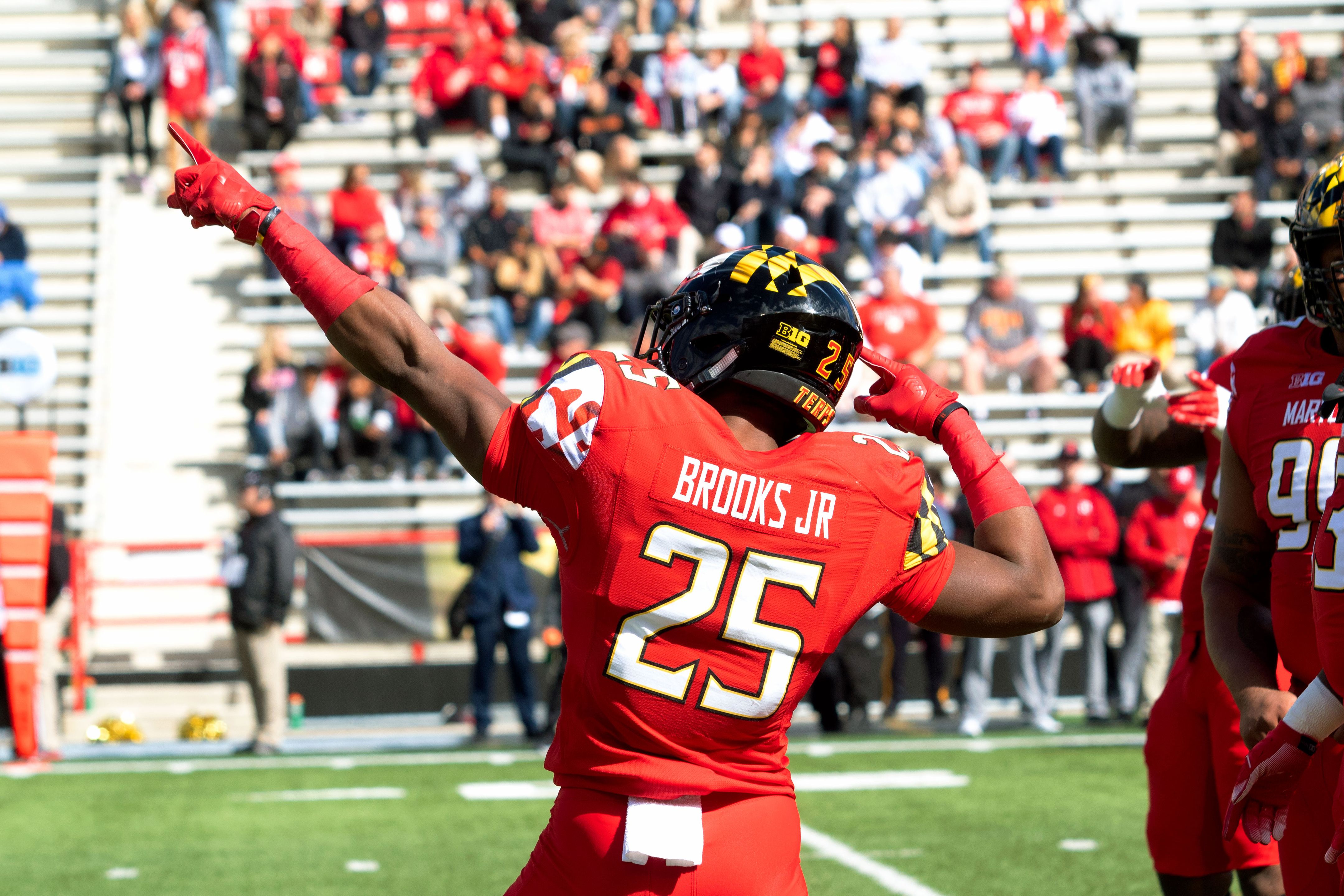 Defensive back Antoine Brooks celebrates during a timeout in Maryland football's 34-7 homecoming win over Rutgers at Maryland Stadium on Oct. 13, 2018. (Frances Moyonero/The Diamondback)

Despite an underwhelming 2019 season, Maryland football’s seniors have had some impressive careers. Let’s relive some of their best moments.

In Maryland’s 2018 win over No. 23 Texas, it was Brooks who sealed the victory. His interception with 1:04 to go in the fourth quarter let Maryland run the clock out, stunning the Longhorns for the second consecutive season. It was one of his four career interceptions and the highlight of an impressive career, having more than 65 tackles for three consecutive seasons.

In the 2018 homecoming matchup against Rutgers, Ellis helped add to a comically bad stat line from Rutgers quarterbacks. On the day, the Scarlet Knights completed just two of their 17 pass attempts for eight yards. They also threw five interceptions, with Ellis bringing in one of them. It was the lone interception in his career.

Jones only had one season at Maryland after transferring from Ohio State, but he made it count. He is third on the team with 52 total tackles and has excelled in getting to the backfield. Jones has 12 tackles for loss and seven sacks, which both lead the team. After not featuring heavily in Ohio State’s defense for three years, Jones’ decision to transfer back home looks to have paid off.

Ahead of his final year of college, Miller was surprised with a scholarship. While the team was attending a Baltimore Ravens preseason game, Miller was tasked with reading a card on the big screen. It was a card saying he was being put on scholarship, and it was a really wholesome moment.

Senior Bruce Miller, you are on SCHOLARSHIP!! pic.twitter.com/1fZ7e8P66H