Maryland football’s senior class endured turmoil, but it takes solace in how it united 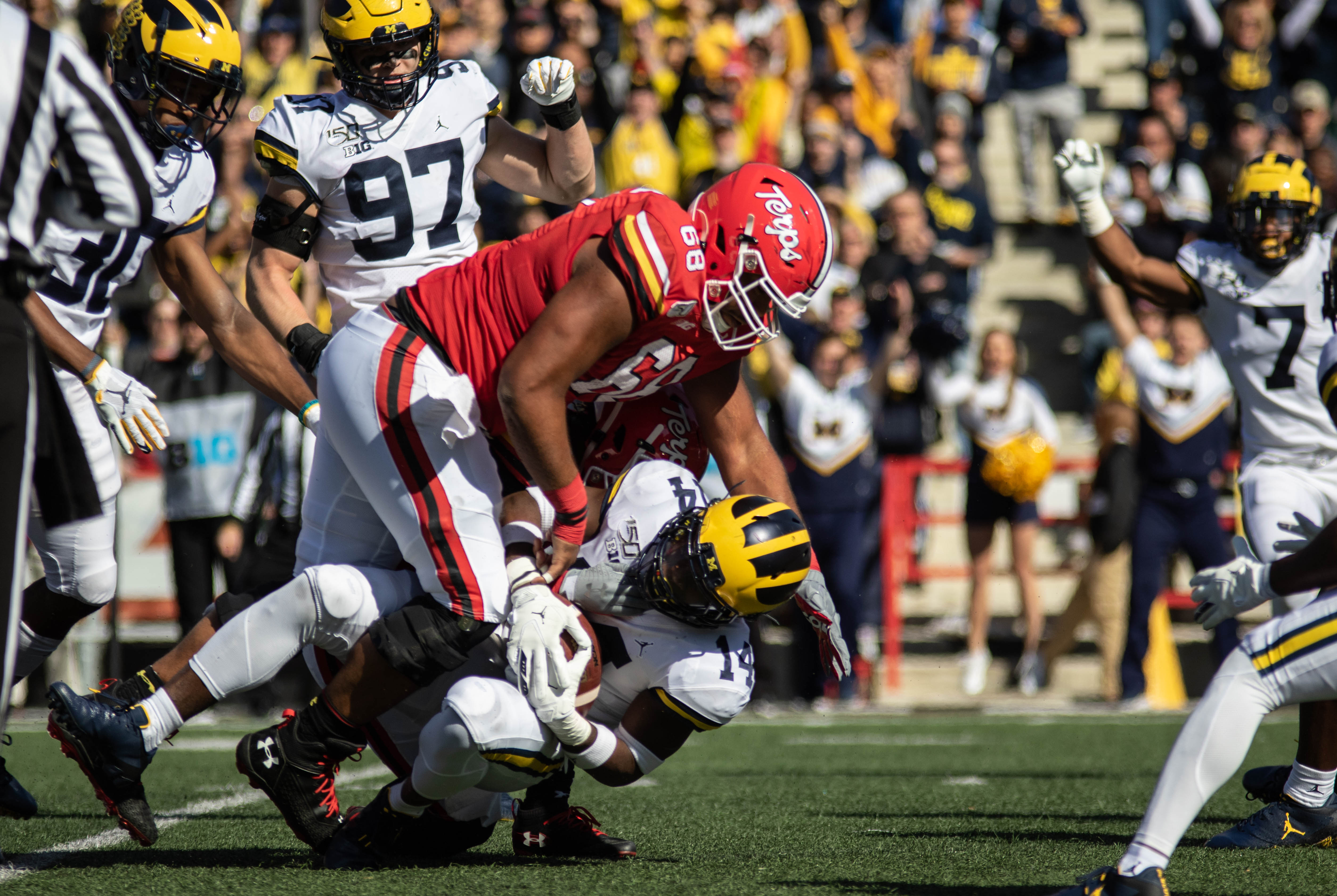 It’s hard for Ellis McKennie to pinpoint exactly when it will hit him, when he will fully realize that Saturday’s matchup against Nebraska will be the last time he runs out onto Maryland Stadium’s field, and the last time he wears his home uniform for anything more than nostalgia.

Perhaps it’ll be the night before, when Maryland football watches a special “Senior Day” video, highlighting each graduating player instead of the usual pump-up tape. He remembers how emotional the film made him last year when he saw his friends on the screen. This year it’ll be him up there. Or maybe the moment will strike him Saturday, when he sees his parents on the field before the game, realizing his five-year journey is coming to a close.

For McKennie, understanding what Saturday means might not come until his teammates are pulling on pads to start the 2020 campaign, and McKennie isn’t pulling on his own alongside them.

“I remember in high school when this happened,” he said. “When it came back around, I was like, ‘Damn, I really wish I could have another high school game with my McDonogh teammates.”

When the Terps take the field against the Cornhuskers, in the penultimate game of the year, the home careers for the senior class will culminate, even if it takes time to truly sink in. Those careers were full of fluidity, from jersey designs to coaching staffs. They played for three full-time head coaches and grieved together when offensive lineman Jordan McNair died in 2018. Only the longest-tenured players remember what an above-.500 season feels like, the last coming in 2014 under Randy Edsall.

They’ve stayed, though, and before Saturday’s contest they’ll be commended for their on-field achievements as much as their off-field perseverance. Many of them stayed for each other — the teammates who have turned into life-long friends. Even as a tempest swirled about the program for much of their tenure, it’s those teammates who made the experience worth it.

“It’s been a long ride, and we’ve seen a lot of change and a lot of turnover,” defensive lineman Brett Kulka said. “When you see that turnover, you turn back to the guys in the locker room. While the coaches might be different, you still have the same guys.”

Edsall gave way midway through 2015, beginning a coaching carousel in College Park. Mike Locksley took over on an interim basis yet departed for Alabama when DJ Durkin was hired ahead of the 2016 season. But Durkin only coached two years before Matt Canada was forced into an interim role amid allegations of a toxic team culture after McNair’s death.

Now, Locksley has returned as full-time head coach. All the changes, particularly last year, have made this unit all the more tight knit.

Kulka admitted this season has been relatively normal in comparison. He can focus on football week-to-week. And even though his team is in the early stages of a rebuild with a 3-7 record, he says he plays for the guys next to him, the ones who’ve been through the same trials he’s had.

[Read more: Maryland football’s season is almost over, but the team still has something to prove]

He won’t be here to experience the Maryland program that Locksley envisions building. But he and his teammates have been instrumental parts of the Terps’ past, if nothing else for their ability to weather storm after storm.

“A year ago this time, they were left for dead, this program was left for dead,” Locksley said. “This game, the seniors have always continued to fight through, regardless of the noise outside of the program. They’ve kind of stuck together, and I still see that out of them, which is the thing I’ve been most proud of.”

Maybe those memories won’t rush back to McKennie when he runs out of the Mark L. Butler Tunnel on Saturday; there’s still a game to be played, after all. The realization that it’s his last time playing inside Maryland Stadium might not become truly apparent for months.

When McKennie does look back on his five years, though, it won’t be in remembrance of the coaches he played for. Coaches come and go to the tune of wins and losses. It’ll be his teammates in mind, those he spent the majority of his waking hours around, those he played alongside and those who made his five years at Maryland special.