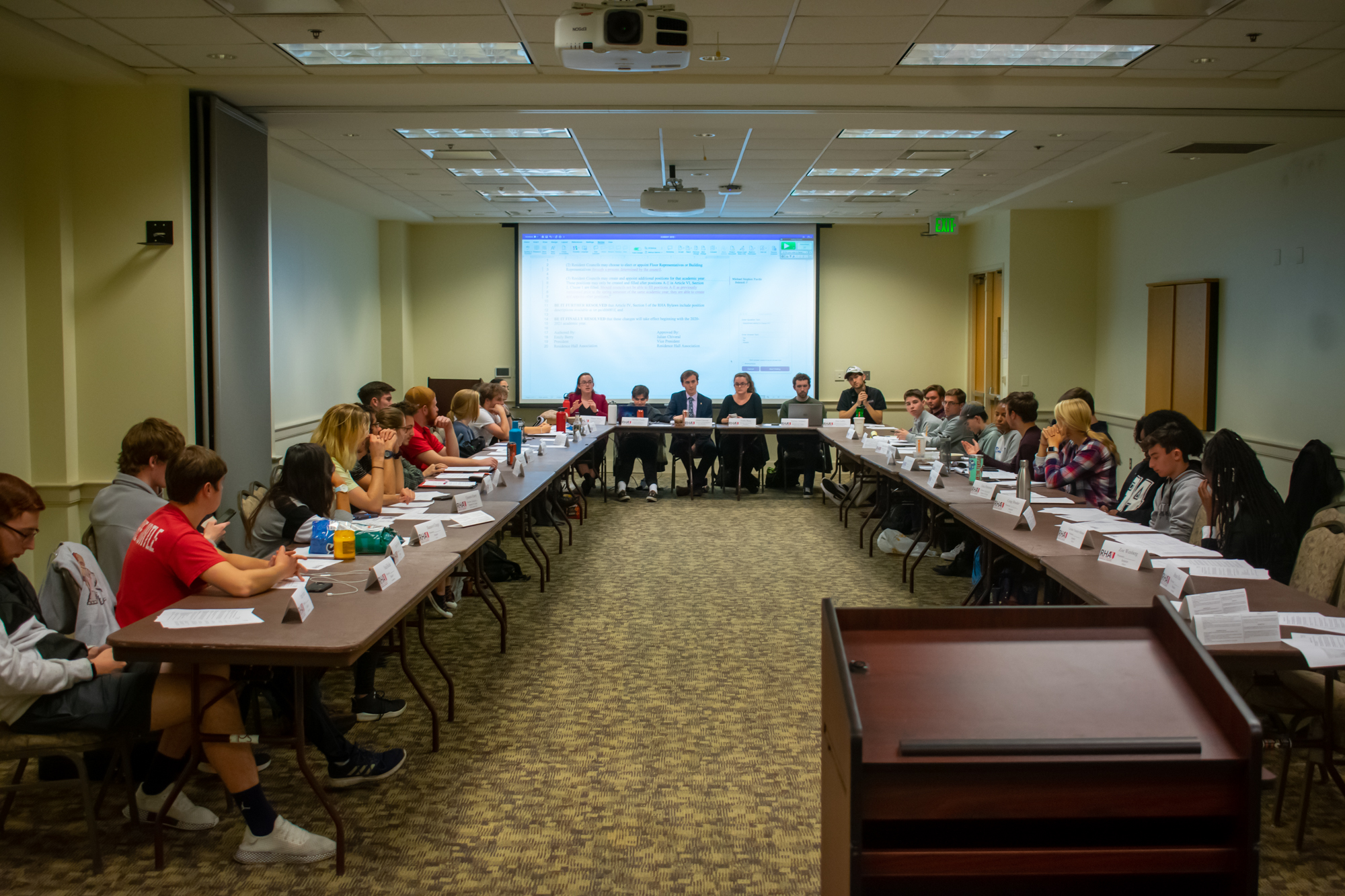 The University of Maryland’s RHA opted against supporting the DOTS’ proposed budget at its Tuesday meeting, harshly criticizing the department’s pitch to increase parking permit fees for students and residents.

Earlier this month, the university’s Department of Transportation Services unveiled its annual budget proposal, which features a $26 hike to student commuter parking fees and a $50 hike to resident fees to help cover salary increases, utility costs and account for decreased parking availability next year.

Although the Residence Hall Association doesn’t have a say in whether the budget gets final approval, it voted 26-2 with 0 abstentions to formally register its displeasure.

DOTS executive director David Allen told the RHA on Nov. 6 that the department has struggled for years to find a sustainable funding model. That explanation didn’t satisfy the association, though.

“There are three things I know for certain: death, taxes and that DOTS has no plan,” said RHA senator Hunter Marsh, a junior government and politics major. “It’s a tale as old as time. Every year we see the same thing. DOTS doesn’t have anything concrete except for parking tickets and parking passes.”

“DOTS needs to figure something out,” said Julian Chiveral, the RHA’s vice president. “We’re tired of the burden falling on the students.”

Some senators called upon DOTS to establish a sixth tier — a proposition previously introduced during DOTS’ budget reviewal process last semester. Since the review, this university’s administration has not implemented these suggestions.

“The administration said no to a sixth-tier parking plan because they are going to be the ones to pay more,” Marsh said.

“We intend to continue to strengthen our relationship with RHA through collaboration on ways to further reduce the overall number of vehicles on campus while addressing cost increases related to this goal,” said university spokesperson Hafsa Siddiqi.

Many senators complained about the department’s reliance on parking permits and fees for funding. Last year, the RHA passed a resolution suggesting DOTS find other sources of funding.

Others, though, tried to be supportive of the budget proposal, such as senator Lucas Hamrock.

“I’ll play devil’s advocate and try to support the bill because DOTS is really losing a lot of money as we push more people to be sustainable and lose parking spaces spaces due to construction,” Hamrock said.

The department has long said it’s aiming to incentivize alternative methods of transportation. In an effort to cut down the university’s carbon footprint, Allen told the RHA at a meeting earlier this month, it hopes members of the university community can decrease their reliance on cars.

“We want everyone on a bus, a bike, scooter or walking,” Allen said. “That’s what our goal is.”

Construction across the campus has also decreased the amount of available parking spaces, and projects like the new Cole Field House and the Purple Line will only compound that problem.

Due to the parking shortages, DOTS has proposed banning sophomore resident students from obtaining a parking permit.

Next, DOTS is set to present its proposal to the Committee for the Review of Student Fees on Dec. 3. The committee — composed of students, faculty and staff — will take into account the RHA’s dissatisfaction with the proposed budget before voting for or against it.

The group’s decision will then be passed to university President Wallace Loh’s cabinet. Finally, President Loh will submit the school’s proposal to Board of Regents, which has the final say over fee rates.

“We’re not going to stand for this,” said senator Neal Rodin.