DOTS is raising parking fees — is it really for environmental reasons? 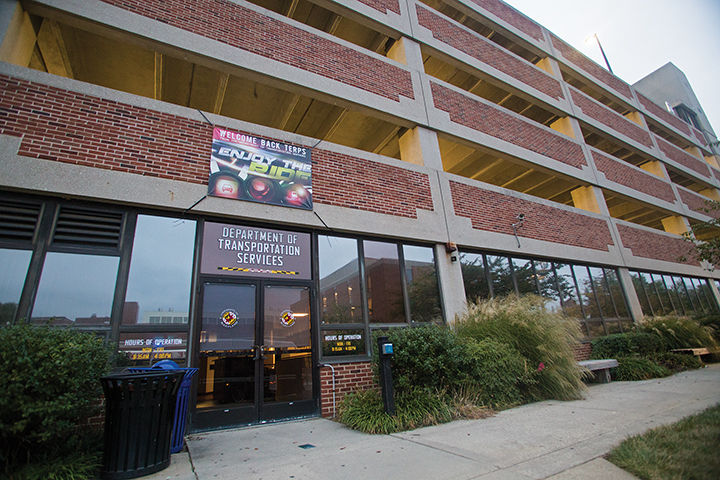 As the climate crisis escalates, attempts to solve it have become more varied and widespread. Many companies are taking action to correct their excessive pollution, but there is also a neoliberal push for climate action to come from individuals alone rather than big businesses. Efforts and programs that encourage environmentalism on the individual level shouldn’t be disregarded, but the ways capitalism is adapting to profit from the not-so-slow death of our planet is unnerving to say the least — and unfortunately, the University of Maryland isn’t far removed.

The Department of Transportation Services at this university has recently proposed an increase in student commuter and resident parking fees. David Allen, the department’s executive director, shared the proposal at a recent RHA meeting, and it was framed, to some extent, as an extension of DOTS’ ongoing goal to reduce single-occupancy vehicles on campus. As Allen said, “We want everyone on a bus, a bike, scooter or walking.”

DOTS’ sustainability goals in this context are admirable — or they could be, if they were honest. In addition to tacking on this environmental rhetoric, Allen admitted that funds from this proposed price hike would cover new costs the department is facing due to the rising minimum wage and reduced parking spaces available on campus. The truth seems to be that this initiative would exist in order to offset these budgeting concerns regardless of its environmental impact.

DOTS’ desire to profit off marked up parking prices is evidence of its dependency on single-occupancy vehicles, and it demonstrates the falsity of its sustainability “goal,” at least in connection to this proposal. If the department really anticipated this price hike would turn a substantial number of students away from on-campus parking, it wouldn’t raise the money Allen admitted the department hopes to make. With this proposal, DOTS is going through the motions of environmentalism without actually practicing it.

Using the climate crisis to justify what is likely to be an unpopular proposal if passed is not only exploitative of a terrifying, life-threatening issue, but it’s also an affront to students and others in the university’s community who are genuinely trying to save the planet. DOTS’ insincere attempt to connect this price hike to environmentalism disrespects the hundreds of students who missed class earlier this semester to attend the climate strike as well as the environmental clubs and organizations students continue to participate in.

If DOTS needs to hike prices for student parking in order to continue providing the services this university benefits from (although other options have been introduced such as extended hours for paid parking), so be it. The department has many initiatives such as carpooling incentives, electric car charging stations and the shuttle system that seem genuine in their attempt to protect the environment. But DOTS should own up to the real reason for this proposal instead of using environmentalism to sugarcoat a funding initiative. Otherwise, it’s cheapening its actual sustainability efforts, as well as everyone else’s.