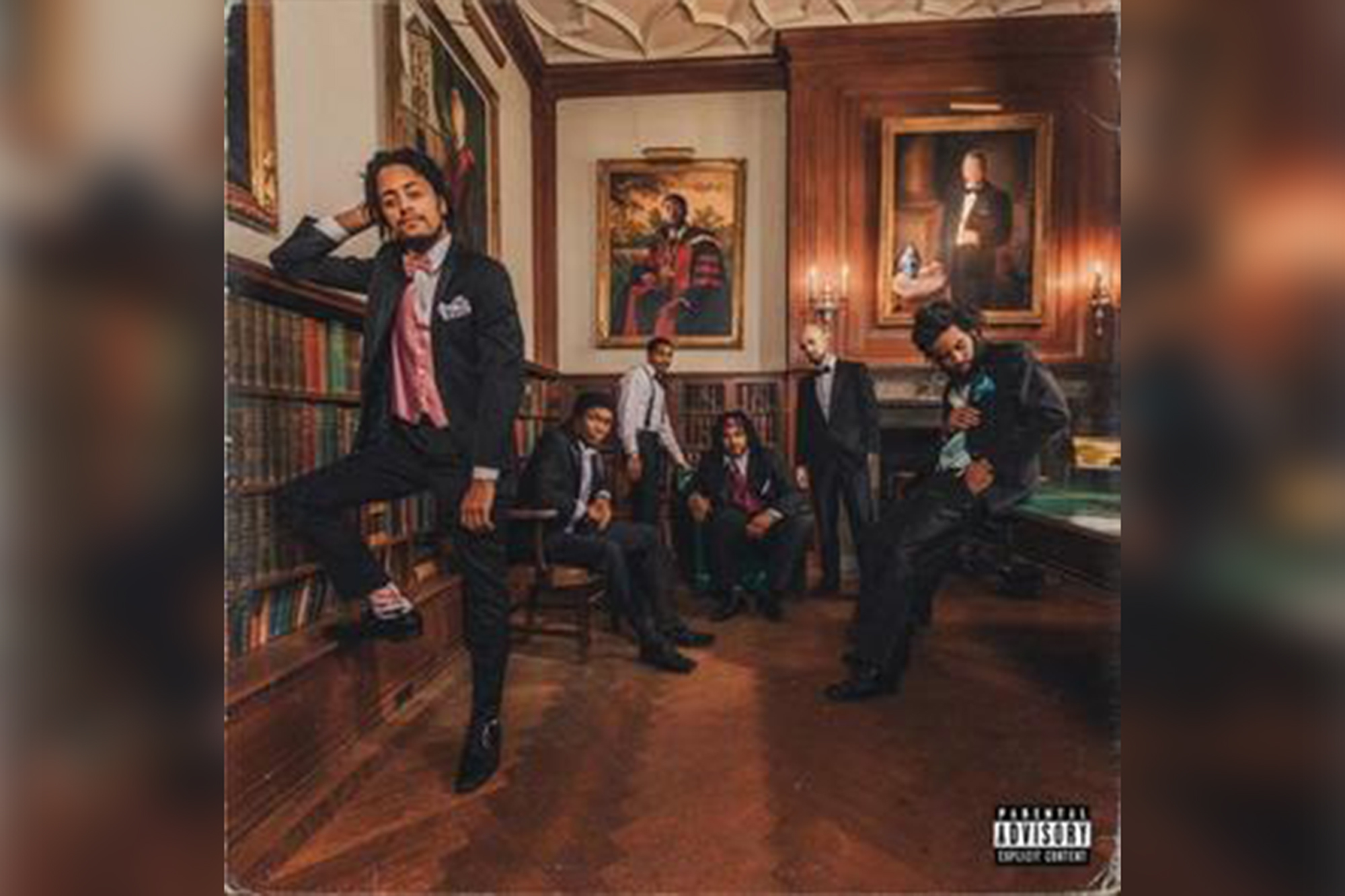 Pivot Gang performed songs from their first studio album, 'You Can’t Sit With Us' at MilkBoy ArtHouse on Nov. 13 (Photo via Wikimedia Commons).

Dressed in suits and tuxedos, the group’s six members performed songs off of their first studio album, You Can’t Sit With Us, which was released in April. Their performances included witty pop culture references, humorous rhymes and synchronized dance routines over the backdrop of lo-fi, futuristic-sounding beats.

The crowd sang along to mostly every member’s verse, but they showed especially high energy whenever Saba, the most well-known member of Pivot Gang, delivered his raps. Saba, who is featured on Chance the Rapper’s Coloring Book and Dreamville’s Revenge of the Dreamers III, dropped his own album, Care For Me, in 2018.

“Going into the show, I didn’t know anyone in Pivot Gang except for Saba,” said Alfredo Fernandez, who graduated from the University of Maryland in the spring with a degree in government and politics. “But all of Pivot Gang was great nonetheless.”

[Read more: Review: Goldroom’s concert was heavy on the visuals and low on the dreamy dance music]

“In the beginning… there were seven young boys, split between two houses,” said daedae, while harps strummed in the background. “They formed a bond, the likes of which had never been seen before.”

The group members displayed that bond throughout their set, as they rapped, danced and sang along to each other’s verses. And after performing various songs from the album, such as “Colbert,” “Mathematics” and “Death Row,” they changed outfits and dove into their individual discographies.

Pivot Gang member Joseph Chilliams performed one of his unreleased songs and asked two people from the audience to dance with him onstage.

Another member, MFnMelo, performed his new song, “Flow Seats,” which he released on Nov. 4. The single is from an upcoming project.

“Melo’s album is dropping soon, so definitely be on the lookout for that,” Saba said in an interview after the show. “It’s gonna be fire.”

Saba performed some of his own music, too. With Chilliams, he performed “Westside Bound,” in which the two members — who are also brothers — pay homage to the west side of Chicago where Pivot Gang was born.

[Read more: Photo essay: At the 9:30 Club, Clairo proved her music is even better live]

Like the album as a whole, Pivot Gang’s performance evoked a sense of playful camaraderie mixed with thoughtful sincerity. It felt as if the group was having a friendly competition to see who could drop the funniest, wittiest line, but at the same time executing rhymes with sharp technical ability.

At the end of the show, the group recognized that their tour was missing someone: the seventh member of Pivot Gang, and cousin of Saba and Chilliams, rapper John Walt. A portrait of Walt — the same one featured on the You Can’t Sit With Us album cover — hung on the wall behind the stage.

“As you can see, there are only six of us standing here,” Saba told the crowd. “That’s because in February of 2017 we lost our brother Walter Long Jr. aka DinnerWithJohn aka John Walt.”

Walt was fatally stabbed in Chicago’s Fulton Market District at the age of 24, according to a report from the Chicago Tribune. During the last two days of November this year, Pivot Gang will be performing at the third annual John Walt Day in Chicago to commemorate their late friend.

The proceeds from the show will go to the John Walt Foundation, the goal of which is to “partner professional artists with youth to help mentor as well as build their artistic futures,” according to the foundation’s website.