Review: Goldroom’s concert was heavy on the visuals and low on the dreamy dance music 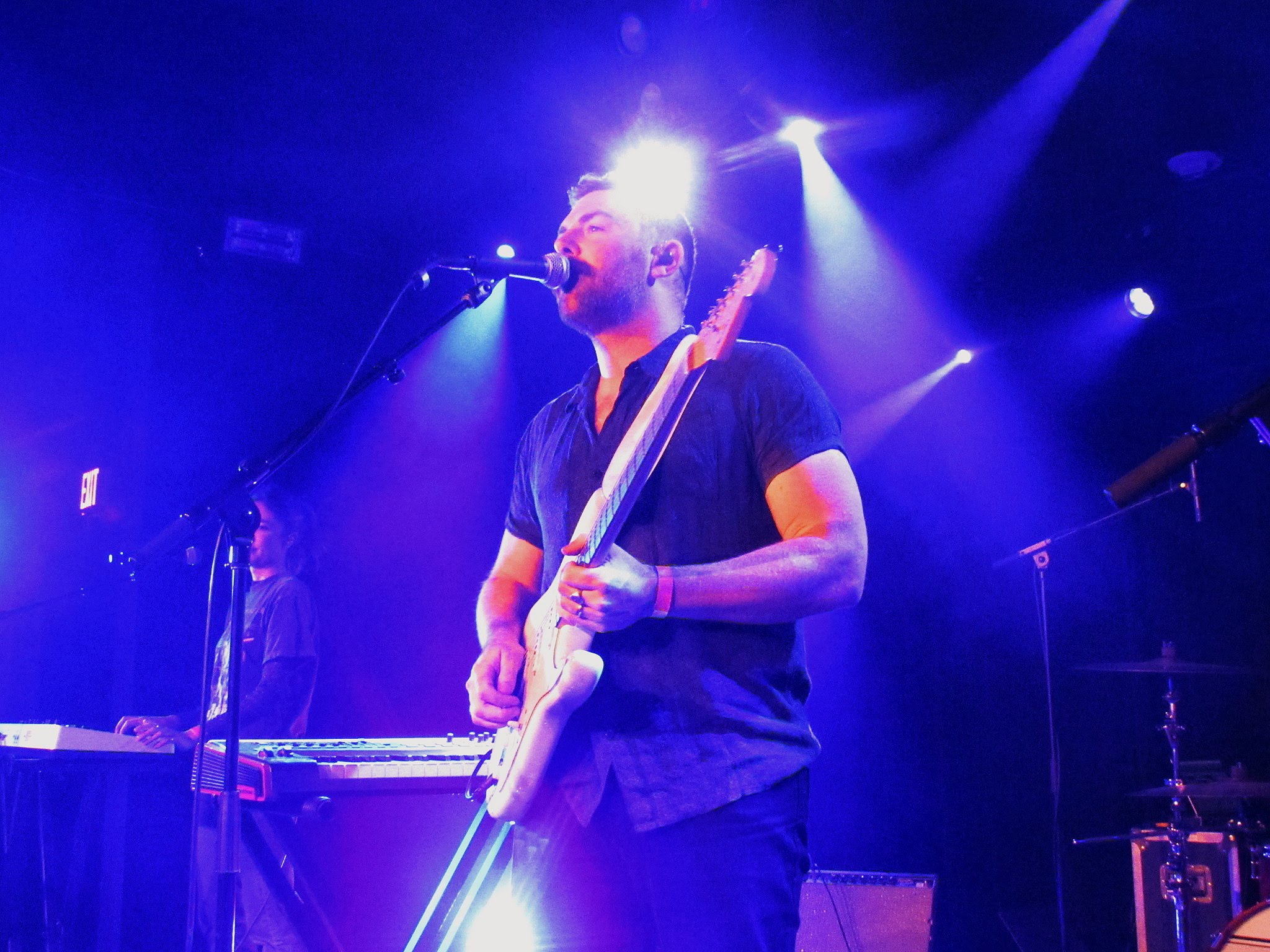 Goldroom in concert wasn't so great (Joy Saha/For The Diamondback.)

Amid the bone-chilling wind gusts and freezing D.C. temperatures, Goldroom brought the heat and energy to Union Stage on Wednesday night — but somehow, I still felt numb.

As people around me bopped their heads in unison to the beat and yelled every single lyric at the top of their lungs with their hands up high, I just stood at my designated place near the front of the stage and occasionally made awkward eye contact with both the performers and people in the audience.

I watched a man dance and sing maniacally a couple feet away from me. He was donning a white RVCA shirt, and the feverish intensity at which he was moving his body convinced me that he would pass out at any moment.

As I watched him dance shamelessly, I felt ashamed for not getting into the groove of the music myself. And as my embarrassment grew throughout the night, so did my discomfort.

Goldroom, the musical alias for musician Josh Legg, is known for performing some of his shows live and others as an interactive DJ session. Last night’s performance was his first live show in a while — and although the musician swears that his music sounds better live, I strongly beg to differ.

For a musician who specializes in making “dreamy, synth-based electronic dance music,” according to his Spotify bio, there was definitely nothing dreamy about Goldroom’s performance.

The vibe of the entire concert felt like a bizarre blend between a live rock and EDM performance, two musical genres that should never be paired with one another.

Traditional electronic dance beats were supplemented with harsh guitars and bass. Synthetic piano melodies were embellished with brash and overpowering drums. The auditory vigor from the instrumentals made it difficult to enjoy and sometimes even hear the accompanying vocals.

And to add to the chaos, colorful floor lights flashed and blared in front of me whenever the beat dropped in a song or a high note was screeched. Every time I tried to catch a glimpse of the performers, I was met with a red light in one eye and a concoction of blue and purple lights in the other.

Altogether, the end of the night was quite hard on both the eyes and ears. It felt as though the performance had a great hype factor and substantial amounts of visual appeal but lacked both quality and substance.

Although Goldroom’s live performance was not quite my cup of tea, I wouldn’t mind checking out one of his live DJ sessions. Perhaps the musician’s “dreamy” sounds will be better retained when there are no blaring instrumentals to mask his beautiful signature “tropical house” themes.

As for now, all I can say about Wednesday’s night performance is this: that was quite a show, very entertaining. But I’m glad it’s over now.