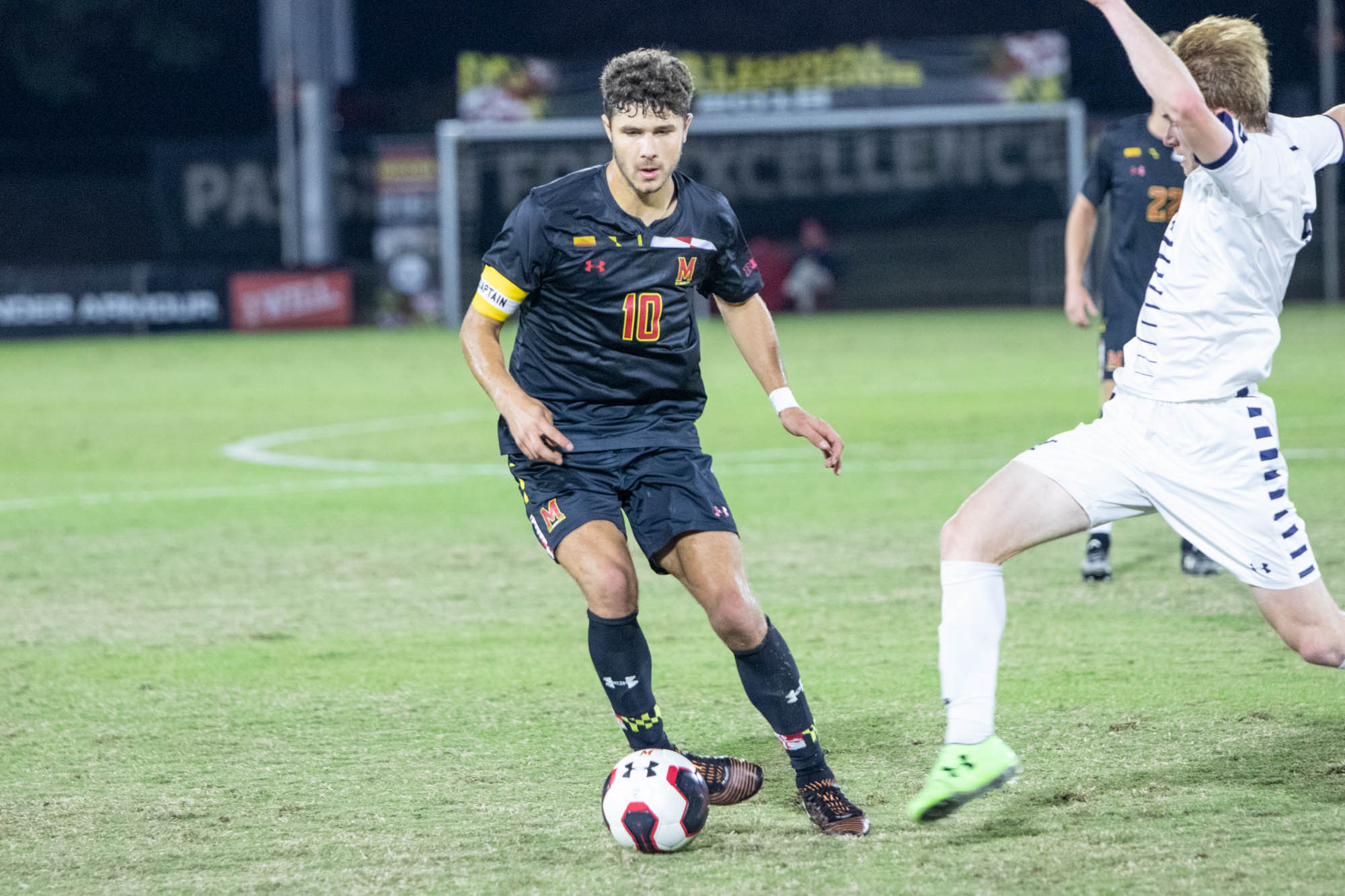 As Maryland men’s soccer prepared for its Big Ten tournament quarterfinal match this past Sunday against Northwestern, the Terps had an eye on avenging their regular-season loss to the Wildcats.

Coach Sasho Cirovski’s team did just that, winning 1-0 on the road to advance to a semifinal matchup against Indiana. This week, though, No. 5 seed Maryland finds itself on the other end of a quest for vengeance, with the top-seeded Hoosiers looking to draw even after they fell to the Terps, 3-0, on Oct. 18 at Ludwig Field.

Despite the optics of what appears to be a one-sided scoreline, No. 22 Maryland team isn’t taking No. 8 Indiana lightly ahead of the postseason rematch on Friday night.

“We know what Indiana is capable of, and we respect them greatly. So no matter who won that last game, it’s a clean slate,” team captain and midfielder Eli Crognale said. “We’re just going to go after it with the respect we know we should have for Indiana.”

[Read more: Niklas Neumann adjusted quickly to the U.S. — and to Maryland soccer]

The Terps knew a quarterfinal win against Northwestern would mean playing the remainder of their time in the Big Ten tournament at Ludwig Field, the predetermined site of the conference semifinals and final.

After Cirovski’s squad took care of business on the road, the team returns to the site of its first victory over the Hoosiers, when Maryland sent Ludwig Field into a frenzy with three goals in a 14-minute span.

But Cirovski is all too familiar with Indiana’s resilience to feel comfortable just because it’s a home game.

“It’s going to be tough. Playing Indiana away, home, neutral, it’s always tough,” the veteran coach said. “This game will be a very hard game for us, and we’re looking forward to it.”

Absent the 14-minute onslaught the Terps had in the regular-season meeting, Cirovski said the match was fairly even. Indiana even outshot Maryland 10-8. But the Hoosiers squandered prime chances with off-target shots, failing to register a shot on goal.

Conversely, Maryland was opportunistic with its chances, handing the Hoosiers their first Big Ten regular-season loss since 2015.

Midfielder David Kovacic opened the scoring with a goal after a ball fortuitously bounced to him inside the 6-yard box. On the next score, the Terps forced a turnover and initiated a quick counterattack that forward Eric Matzelevich finished off. Defender Johannes Bergmann capped the onslaught with an open chance in the box that he headed into the back of the net.

“It’s the same approach that we have to have for the next game,” goalkeeper Niklas Neumann said. “We know Indiana’s a great team, really good defensively and we’re not going to get a lot of chances. So therefore, we have to use the chances that we get and score, just like we did the last game.”

The result against Indiana was part of a 3-3-1 stretch in the final seven games of the regular season, mirroring that of last year, when Maryland also met the top-seeded Hoosiers in the Big Ten semifinals. Ultimately, that match ended in a loss for the Terps in penalty kicks.

This year, Cirovski’s team hopes to manufacture a different ending in the conference tournament against Indiana, with the chance to play in front of its home fans in Sunday’s final on the line.

“We’re certainly two of the Mount Rushmore programs of college soccer, and I think every time we’ve played there’s been a great chess match,” Cirovski said. “It’s a great battle, and most of the time it ends up being a classic.”