Niklas Neumann adjusted quickly to the U.S. — and to Maryland soccer 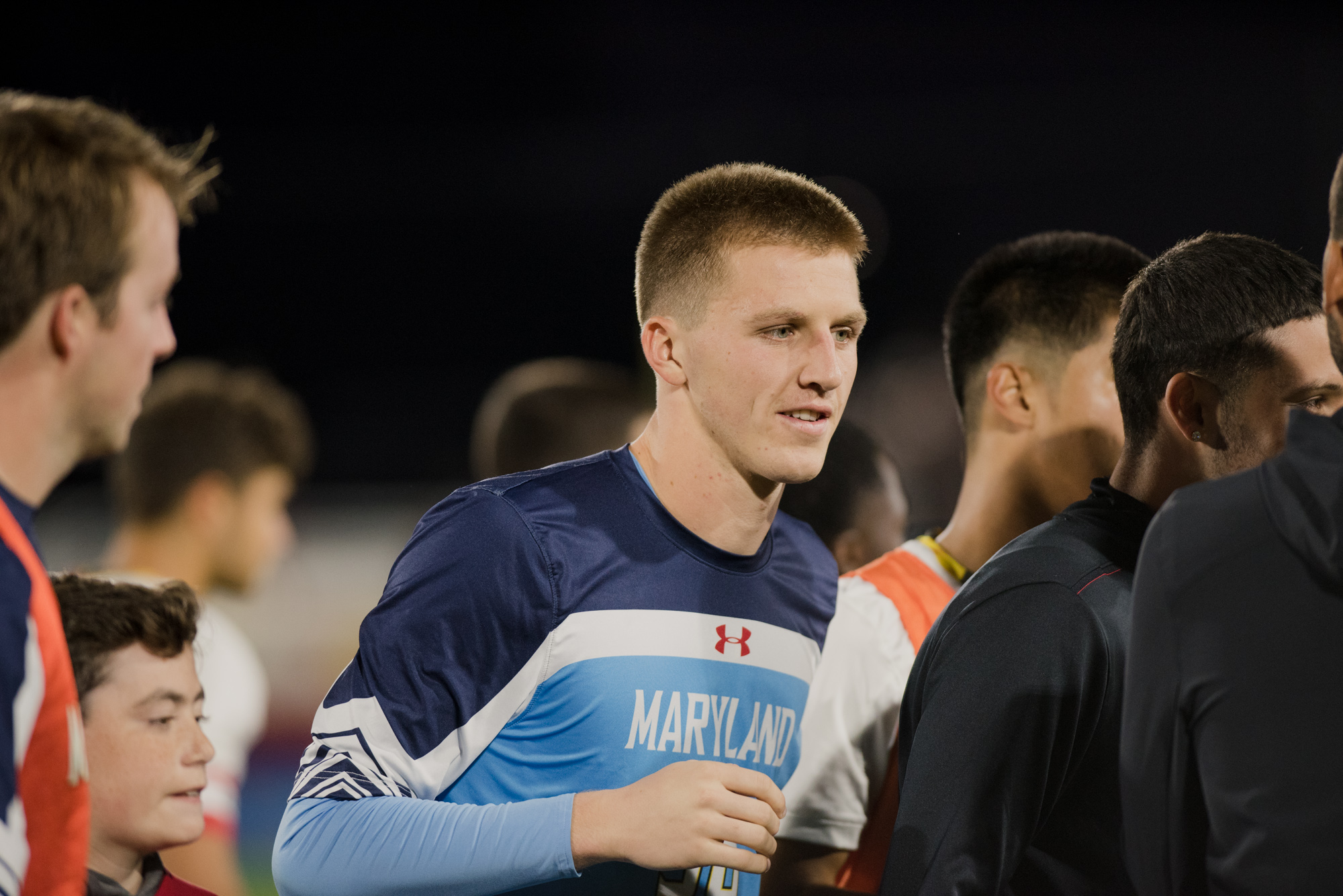 When the regular season began, Maryland men’s soccer goalkeeper Niklas Neumann was still trying to find his way as a college student in a country he had only a brief experience in.

And while he continued to acclimate to the United States, the German native was engaged in a competition to solidify his role with the Terps.

During the preseason, Neumann competed with Russell Shealy for the starting goalkeeper position. Coach Sasho Cirovski’s plan was to platoon the two shot-stoppers until one emerged as the starter with quality play and consistent performances.

Neumann staked his claim with three shutouts in his first four full outings and hasn’t conceded the spot since. As Neumann racked up starts, saves and shutouts during the regular season, the freshman’s confidence soared.

“Each game, he’s just been better and better,” defender Ben Di Rosa said. “Early on, he got some shutouts that really helped his confidence, and ever since then he’s just been unreal for us.”

Before taking his recruiting visit to College Park, Neumann’s lone trip to the U.S. had been while filling in as a goalkeeper for a Canadian team during a 10-day trip in 2017. He was already familiar with English; growing up, Neumann took classes in the language. But when he committed to play for Maryland in the spring, Neumann redoubled his commitment to becoming proficient in it — switching the language of his music and his favorite TV shows, such as How I Met Your Mother, to English.

Then, Neumann left Germany in late June — well ahead of the August start date for preseason training — to take an English class to prepare for the academic setting.

And with his new beginning, the freshman was excited to experience the change of scenery.

“I didn’t really know what to expect, to be honest. Like, college over here and university is so different than back in Europe,” Neumann said. “I was not really nervous. I was just happy about the new adventure [and] the new experiences.”

Neumann’s transition to his new surroundings has been eased by the presence of fellow German Johannes Bergmann, who plays on the backline.

With Bergmann’s assistance, Neumann has become more effective communicating to the defense in front of him.

“The game has slowed down a little bit for him,” Cirovski said. “He’s become more comfortable organizing the players in front of him, he’s anticipating and reading things a lot faster.”

The Terps’ commonly used backline comprises four players who all played for last season’s national championship squad. But in the net, Cirovski had to replace Dayne St. Clair, who had not missed a single minute in the prior two seasons for Maryland.

Stepping into that glaring vacancy, Neumann has made his mark on this year’s team. The freshman has started and finished eight shutouts, including Sunday’s clean sheet on the road against Northwestern in the Big Ten tournament quarterfinal.

“It gives me a lot of confidence, definitely, it’s always nice to see results in the form like that, like individual achievements,” Neumann said. “But we’ve still got a long way to go, and we want to achieve more as a team.”

Now that the postseason is underway, Cirovski looks at his first-year players as having a full regular season’s wealth of experience. Neumann’s experience is different, having been in the country for only just over four months, but the 27th-year coach has seen him take on the challenge and grow as the season has progressed.

“We’re in the postseason now, so you’re no longer a freshman,” Cirovski said. “He does have a calming presence in goal, and I think it’s just a natural evolution as the season progressed [and] taking experience of the games.”