You can own a piece of Maryland basketball history 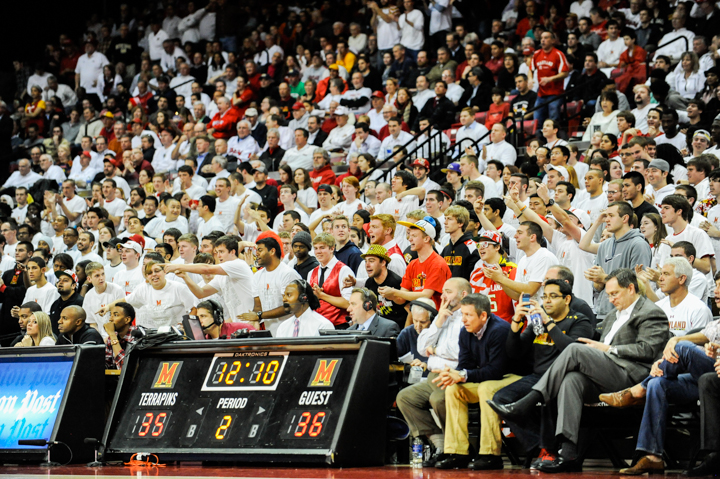 During the offseason, the Xfinity Center went through some cosmetic changes. Most notably, the banners and retired numbers of Maryland men’s and women’s basketball were changed.

Now, Maryland fans have a chance to own a few pieces of program and Xfinity Center history as the banners are up for auction.

Own a piece of Maryland Basketball history!

Due to a complete XFINITY Center banner refresh, @TerrapinHoops and @umdwbb team accolade banners are now up for auction and purchase!

All student-athlete banners are not for sale, so fans aren’t able to bid over the banners of Joe Smith, Juan Dixon, Kristi Toliver, Grevis Vasquez or anybody else up in the rafters.

However, there are plenty of season-specific banners available.

But if you want a piece of Maryland history, you’re going to have to empty your pockets. The banners are available to bid or buy now, and the lowest bid on a banner is $250. The cheapest buy now is $325.

Several banners have already been bought and are unavailable, such as the men’s basketball 2016 Sweet 16 banner, and the 2017 NCAA Tournament banner.

However, there are plenty left, with many men’s and women’s NCAA Tournament banners still up. Seven Elite Eight banners from the women’s team are still up for grabs, as are some conference championship banners from the men’s team.

Those will be hot commodities and will more than likely go to the first person willing to buy them at the opening buy now price.