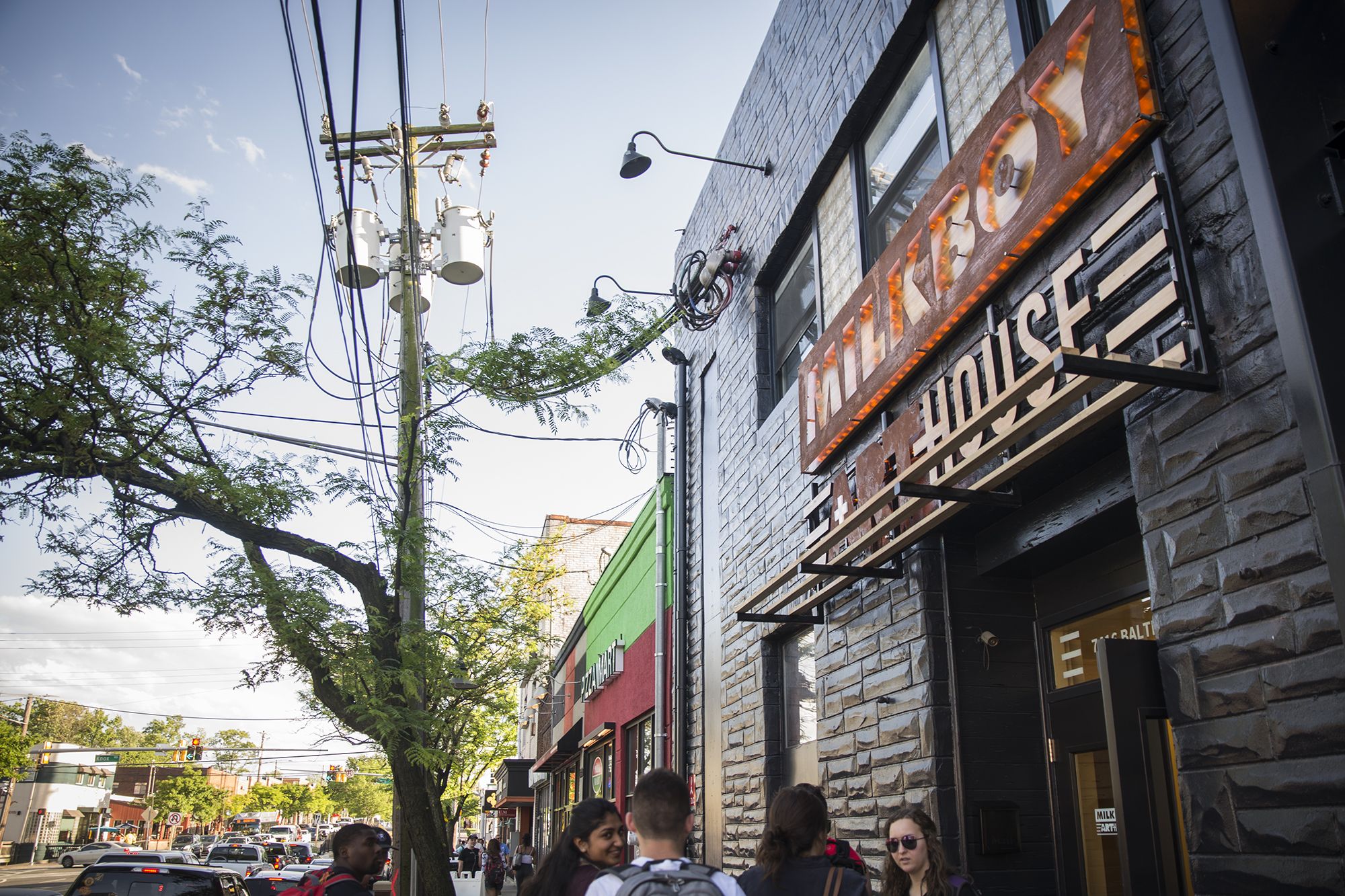 It was a chilly Tuesday evening, and University of Maryland graduate student researchers were gathering on the upper floor of MilkBoy ArtHouse to talk about everything from sea turtles to quantum computing.

It was part of a monthly series hosted by the university’s graduate school called GradTerp Exchange, which offers students a casual setting to discuss their studies, said Blessing Enekwe, program director for the postdoctoral affairs office.

“Graduate students and postdocs have the opportunity to share their research in a friendly and relaxed environment,” Blessing said.

Donny Pearson, a physics doctoral student, presented his quantum computing research, for which he is scaling small erbium crystals into a quantum hard drive.

Erbium, a malleable metal, is currently used within the internet’s optical fiber network, because it absorbs and emits light at an optimal wavelength. Quantum computing technology— which makes use of the laws of quantum mechanics to encode information as quantum bits, or qubits, that can exist in superposition — could allow for the creation of computers smaller than ever before.

In August 2018, this university, alongside six others, received a $15 million grant to construct the first practical quantum computer, a device that would be capable of conducting complex calculations far more rapidly than ordinary computers.

At the moment, Pearson is having difficulty with his crystals and is figuring out a way to make them more “robust,” because they’re weak in the current holding temperature. In order to be effective, he said, these crystals need to be kept at extremely low temperatures. He is designing his raw materials so that he is able to move these crystals into the hard drive he is seeking to create.

Despite these difficulties, Pearson said it felt “pretty good” to be able to share his research with those in the room, and the event “provided a challenge” for him to put his research together.

Nicole Barbour, a doctoral student studying ecology, talked about her trip to Costa Rica where she researched riptides and how they affected endangered sea turtle travel patterns.

Barbour tracked sea turtles near the coast and saw how they navigated the riptides in 2018 compared with 2016, she said. She found in a 2016 study that turtles had more ability to move where they wanted to from the shore because there were fewer storms and more gentle tides, she said. In 2018, many turtles moved along with the aggressive riptides and stayed closer to the coast — which put them in danger of predators, as they are easier to spot in shallow waters, Barbour said.

Karrin Thompson, a graduate student in the information studies college, delivered her talk on libraries and how they can be a haven amid social unrest. The Enoch Pratt Free Library, located near the epicenter of the Freddie Gray protests, stayed open amid the unrest and provided a more peaceful setting for people to voice their concerns.

They were able to share their feelings and thoughts about the violence occurring, Thompson’s study found. Staying open gave the community a sense of hope and a place for people to cope with the dangers of the protests, she said.

There were also some undergraduate students in the crowd, such as sophomore biology major Karmen Macchiagodena.

“It was interesting to hear students talk about their passions, the experiments they conducted, and how they came to formulate their conclusions,” Macchiagodena said. “I was able to see what a future would look like in research thanks to these amazing presentations.”