“The big leagues of trivia”: Meet the UMD grad student who appeared on Jeopardy! 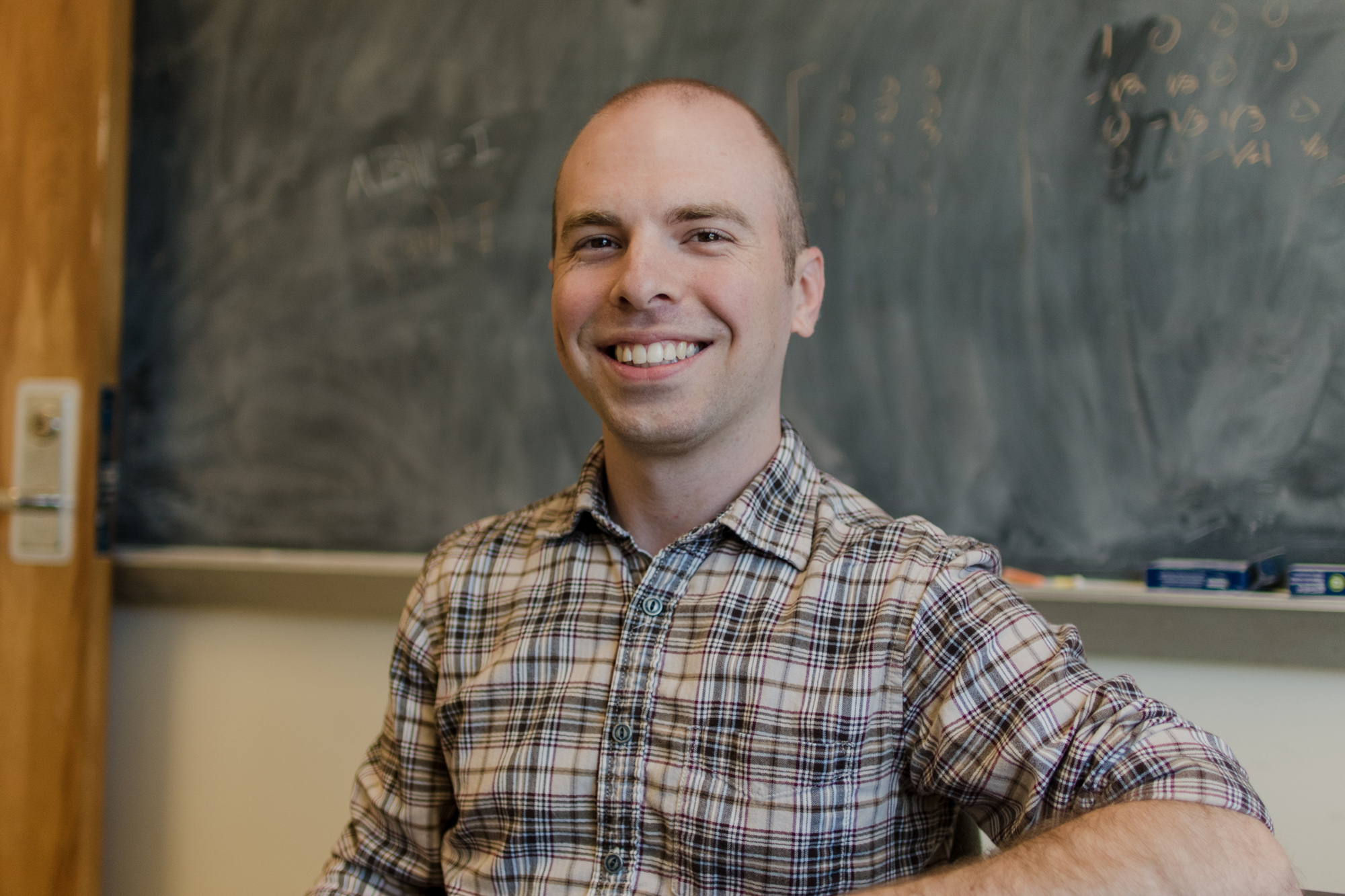 Steven Reich, a teaching assistant for the University of Maryland's math department, was a contestant in an episode of Jeopardy that aired the second week of October. (Gabby Baniqued/The Diamondback)

Most Thursday nights, you can find Steven Reich and his friends from the University of Maryland’s math doctoral program out at Hyattsville’s Pizzeria Paradiso for the joint’s weekly trivia competition.

They’re good, too — most of the time, their team comes in first place, Liam Fowl said. That’s to be expected of a bunch of math nerds, he added. A few of them competed in quiz bowls in high school, and Reich played his fair share of Trivial Pursuit.

He also watched a lot of Jeopardy! growing up.

When 7:30 p.m. rolled around last Wednesday, Reich’s friends gathered around the television in Fowl’s apartment and tuned in to ABC. There, standing right next to Alex Trebek, was Reich.

“It was really cool to see someone that I know up there in high definition,” Fowl said. “To see him on Jeopardy! is amazing — that’s like the big leagues of trivia.”

Over the summer, Reich flew out to Los Angeles to tape an episode of the show. He jammed a buzzer to answer questions Trebek lobbed at him — racking up more correct responses than his two competitors — but came up just about $5,000 short of victory in the end.

To land a spot on the show, interested contenders must take an online quiz. Before this summer, Reich said he’d taken it about four times without ever getting invited for an audition.

But in June, he made the trek to Washington, D.C., to race through a 50-question written test that ran down a random assortment of facts. A month later, he got a call from an unknown Los Angeles number: He’d made it.

Right away, he told his roommates the big news. But he waited until the weekend to tell his parents, when they came down from Pennsylvania to visit him. He thought the excitement might be too much for them.

Before appearing on the show, Reich brushed up on presidential history, English kings and Shakespearean plays — three topics that regularly make appearances in the quiz game’s categories.

He also practiced buzzing in to answer questions by watching at home and clicking a pen, but there really was no way for him to get a sense of the timing he’d need on stage. During the show, contestants can’t buzz in until after Trebek is done reading the question — and if they try to, they get “locked out” for a quarter-second.

When August came around, it was Reich’s time to shine.

Watching the show on Wednesday was a real roller-coaster ride for Reich’s team of supporters. At the first commercial break, Reich sat more than $3,000 ahead of his competitors. And nobody — except his family — knew how the game was going to end. Even though his friends had pushed him after he returned from LA, Reich had stayed tight-lipped.

“He kept it a strict secret,” said his roommate, Kyle Liss. “He stuck to it. We didn’t know, so I had to wait all that time to see what happened.”

There were some pretty high stakes for Reich’s trivia team: If he won, Fowl said Reich was going to buy them a round of drinks the next time the group met up at Pizza Paradiso.

The topics Reich had studied didn’t come up, but he still whizzed through an unanticipated round of questions: “Shouted movie quotes, said matter-of-factly.” For this category, Trebek read off emotion-packed lines from films — such as Se7en’s “What’s in the box?” — in his usual calm and measured tone. Reich matched four of the five quotes to the correct movie.

But he fell behind during the second round of questions, and was in third place by the time Final Jeopardy came around.

He bet almost all of his money. After the question was revealed — “This American singer-songwriter briefly landed on the U.N.’s apartheid blacklist for his 1986 multi-platinum album” — Fowl said the math doctoral students all analyzed their friend’s facial expressions.

“He looked kind of perplexed for 10 seconds, and then he wrote something down,” Fowl said. “So we were a little bit nervous that he wouldn’t get Final Jeopardy.”

Reich pulled it off, though: “Who is Paul Simon?” Still, he was beat out by returning champion Jessica Garsed, a librarian from Maine who earned a three-game winning streak.

At the end of the day, though, Reich said it was a fun experience — even though watching himself on television was a bit uncomfortable.

“I think most people feel a little bit awkward watching themselves,” he said. “I mean, even watching old home movies are like that. So it had a little bit of that kind of vibe to it.”

And even though his friend didn’t win, Fowl says it will be a story Reich will be able to tell for the rest of his life. He hopes Reich recorded the episode.

“I feel like I’m doing the math department a disservice,” Fowl said, laughing. “We’re just going to look even more nerdy than we’re thought of now — you know, getting excited over Jeopardy! But whatever.”