“We care about these students”: GSG calls for more funding options for undocumented students 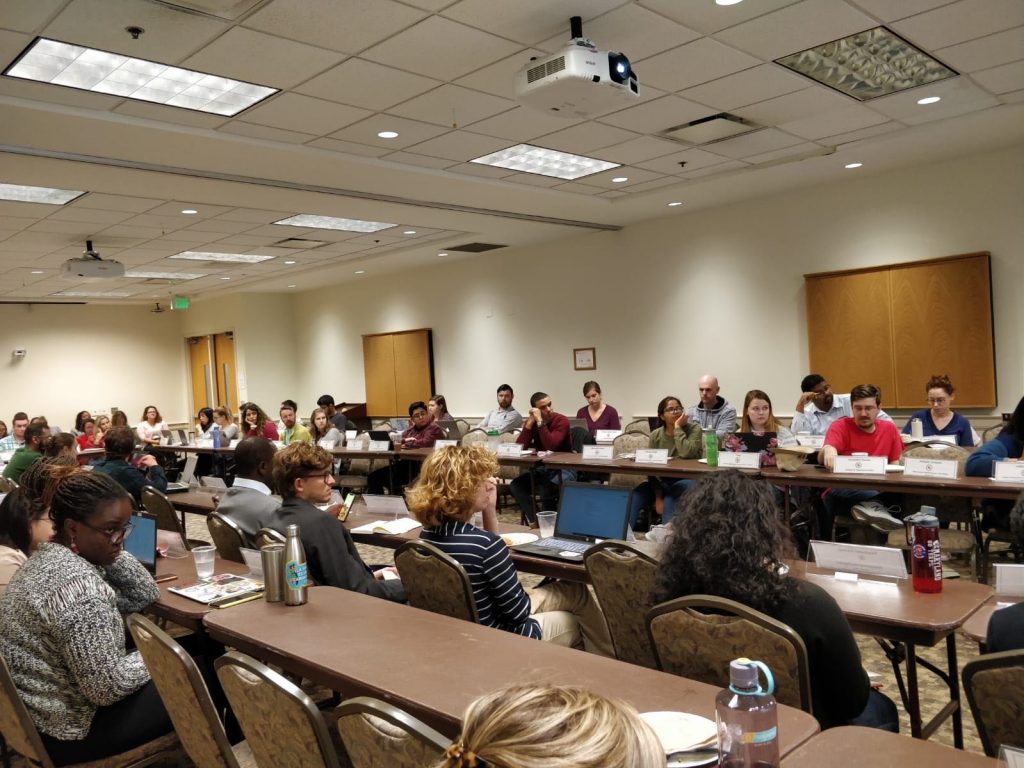 While working with the Maryland Higher Education Commission over the summer, Shawna Dias met a student who was thinking about applying for graduate school at the University of Maryland, where he had just completed his undergraduate degree.

There was no way he would have been able to afford to pay the tuition out-of-pocket. So Dias — a doctoral student at this university — said the student was hoping to get a graduate assistantship, which comes along with tuition remission. Here’s where Dias said he hit a snag.

Because the student was living in the country without legal documentation, he didn’t have a social security number — something Dias said is required to accept the stipend offered by an assistantship.

But on Tuesday, the university’s Graduate Student Government called for the graduate school to look into establishing alternative funding and tuition waiver options, to help people like the student Dias worked with over the summer pursue higher education.

“They’re here. And whether or not you agree with them being here without legal status is an entirely different issue,” said Dias, a representative for the communication program who authored the resolution. “While they’re here, why not give them the tools to succeed and get jobs and contribute and move forward?”

Those who immigrated to the United States before turning 16 can apply for a social security number and seek temporary protection from deportation under Deferred Action for Childhood Arrivals, an Obama-era policy. As of 2018, there were about 700,000 DACA recipients, according to data from U.S. Citizenship and Immigration Services.

In 2017, the Pew Research Center estimated that there were about 10.5 million unauthorized immigrants living in the U.S. This population would not be able to accept graduate assistantships at this university’s graduate school.

This year, Dias said the state higher education commission expanded its financial assistance offerings to not only DACA recipients, but any immigrant who is eligible for in-state tuition and is living in the U.S. without legal documentation.

However, the commission only offers one need-based scholarship program to graduate students. And it just provides funding for those applying to a select number of universities that house degrees in “high-need” occupations such as medicine, dentistry, law and pharmacy. This university is not included in that list.

“I think it’s a great initiative and it’s a good first step for making graduate school more accessible for the non-DACA community, but it still has limitations,” she said. “Basically, the resolution is asking the university to take it further and make access a little more accessible and a little more equal.”

So, non-DACA recipients would be able to pursue a graduate degree at this university, but they’d have to pay the full cost of tuition — a cost that tallies up to $19,500 for out-of-state students taking 12 credits.

Government and politics program representative Simon Sheaff clarified the resolution did not spell out a specific action for the graduate school to consider.

“The resolution, as written, asks the university to begin to explore different ways to resolve this gap,” he said. “What we’re asking for is for the university to pay attention to this issue and care about it — not for a specific solution at this point.”

However, one solution Dias suggested is for the school to create “working fellowships” for graduate students, which would grant students a tax-exempt tuition remission that they wouldn’t need a social security number to accept. Currently, Dias said fellowships are offered by departments and outside sources, but not by the graduate school itself.

Moving forward, GSG President Annie Rappeport said the group plans to send the resolution to graduate school dean Steve Fetter to alert him of its passage. Fetter was out of the office Tuesday afternoon, so a spokesperson said the school would not be able to comment on how it would respond to the GSG’s resolution before the time of publication.

In addition, Rappeport said the group plans to send the resolution to Laura Bohorquez Garcia, who now serves as the school’s undocumented student coordinator, to see if she knows of other avenues the GSG should pursue to push it forward.

Currently, Bohorquez Garcia’s position hangs in limbo, as the university considers whether it should be made permanent.

“Hopefully this resolution, although it doesn’t directly speak to that, it’s one more thing that says we care about these students and hope that they have resources,” Rappeport said.