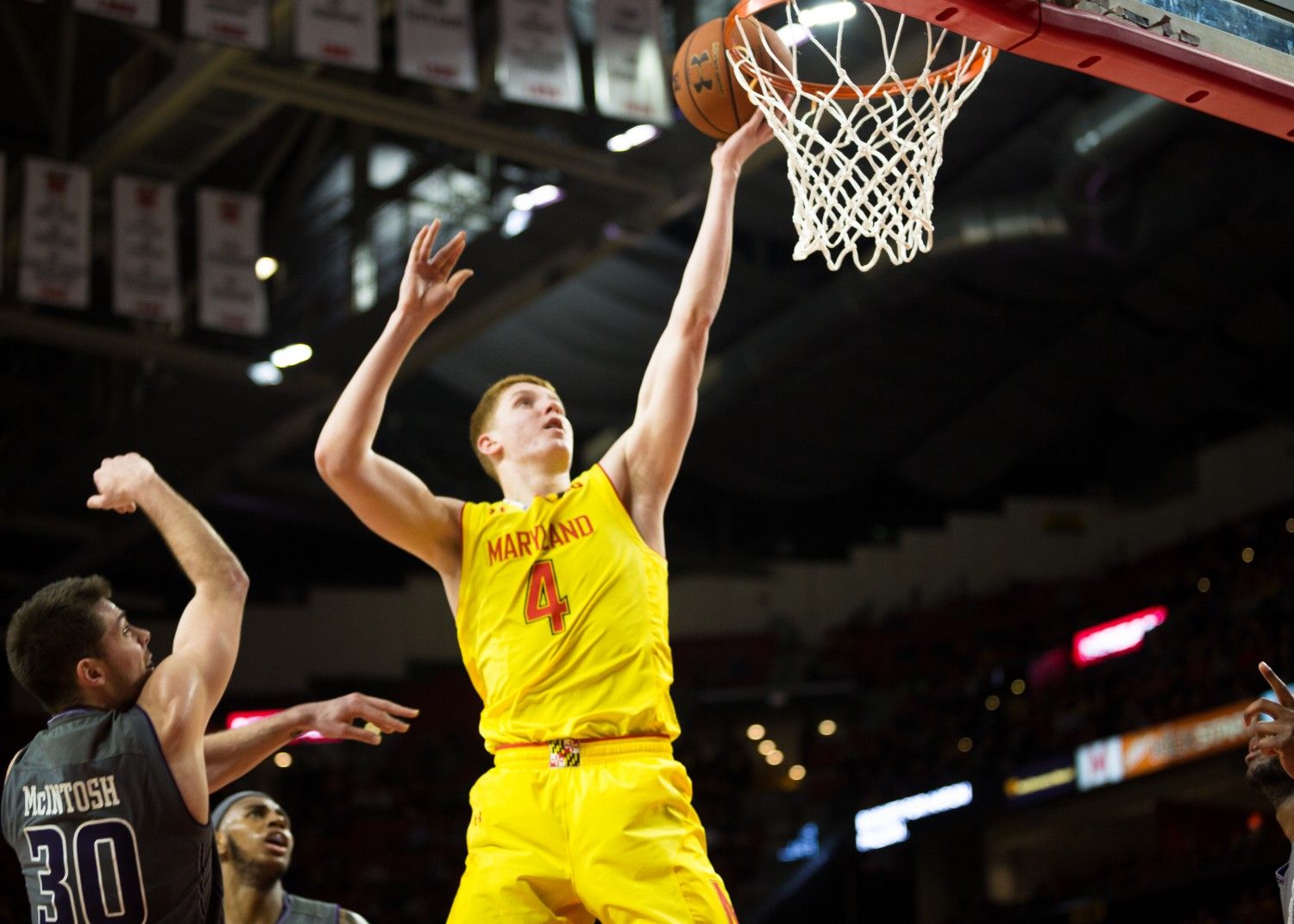 Guard Kevin Huerter rises to the rim for a layup in Maryland’s 73-57 win against Northwestern on Feb. 10, 2018 at Xfinity Center. (Marquise McKine/The Diamondback)

The Atlanta Hawks, one of the most entertaining teams in the NBA this season and the only team to feature three former Maryland basketball players on their roster, will be without one of their former Terps for the next few weeks.

The team announced that Kevin Huerter will be sidelined due to a left rotator cuff strain and a shoulder capsule strain.

Huerter had an X-ray taken on Tuesday in Denver and was flown back to Atlanta Wednesday. He is scheduled to be re-evaluated in two weeks.

Huerter — who is averaging 9.3 points per game, 3.5 rebounds per game and 2.8 assists per game — appeared to suffer the injury after he was bumped by Nuggets center Nikola Jokic in the third quarter Tuesday. He had 11 points and four rebounds at the time of the injury.

“Red Velvet” had been rounding into form after knee pain limited his minutes in the preseason. In the game before he suffered his shoulder injury, Huerter had 15 points in a season-high 31 minutes — including two game-tying shots in the final minute — in Atlanta’s loss to Portland.