These UMD students are trying to minimize excess trash on campus 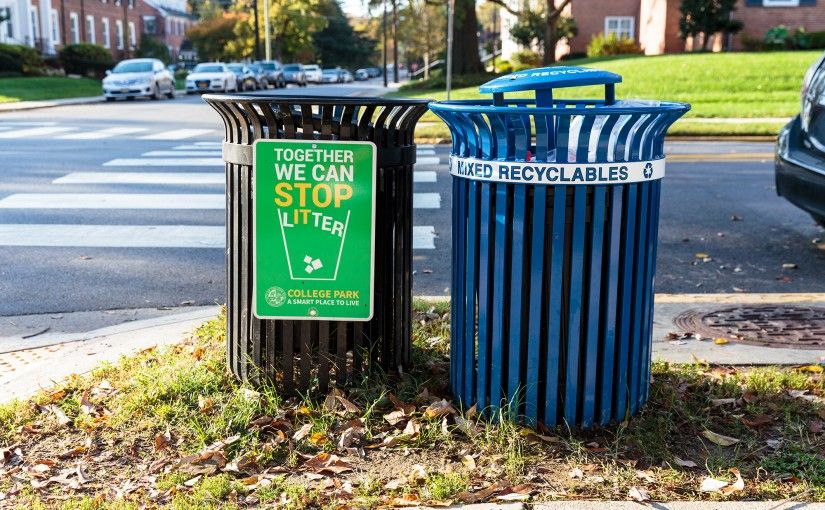 At the University of Maryland’s homecoming tailgate in early November, hundreds of beer cans, champagne tops and discarded food littered the ground of Lot 1.

The next morning, most of the students were gone — except for one group that returned to clean up the mess.

They’re part of the Sustainable Ocean Alliance, a student-run environmental group. This year, the group’s project is to decrease trash on campus by adding more waste bins and educating students on proper waste management practices.

The idea for the project started when the organization’s policy and projects chair noticed that paper towels — a compostable good — were often placed in trash or recycling bins.

“Small things like that kind of made me realize that it’s a much larger problem than just paper towels not being composted,” said Cristina Czochanski, a sophomore environmental science and policy and international relations major.

Before the Sept. 27 football game against Penn State, SOA members told students about the importance of throwing out trash in the proper bins.

In a statement, Facilities Management said the department increased the number of tailgate locations to accommodate the large crowd, adding that all of the waste was cleared by the following Monday.

But still, there was lots of trash left after the game, Czochanski said.

Other students agreed. On the university’s Reddit page, one user called the amount of trash left “appalling.” Another called it “disgusting.”

The organization plans to present the results to administrators and get enough bins so that students will “always see a receptacle” while walking around the campus, Czochanski said.

The group also wants to form volunteer groups to educate students about trash management, said Jackie Quinones, SOA’s social media and outreach chair. Quinones added that they are working on an educational video to raise awareness about waste management on the campus.

“We need to educate more on the do’s and don’ts of recycling in order for it to be actually effective,” she said.

“All trash on the ground that goes into the sewers leads to the oceans,” said Memarsadeghi, a junior environmental science and policy major. “People are polluting, and they’re not realizing the effects.”

Czochanski said that, though more work is needed, she appreciates the work this university has done to improve their waste management practices.

She added it’s up to more than just administrators to curb the issue.