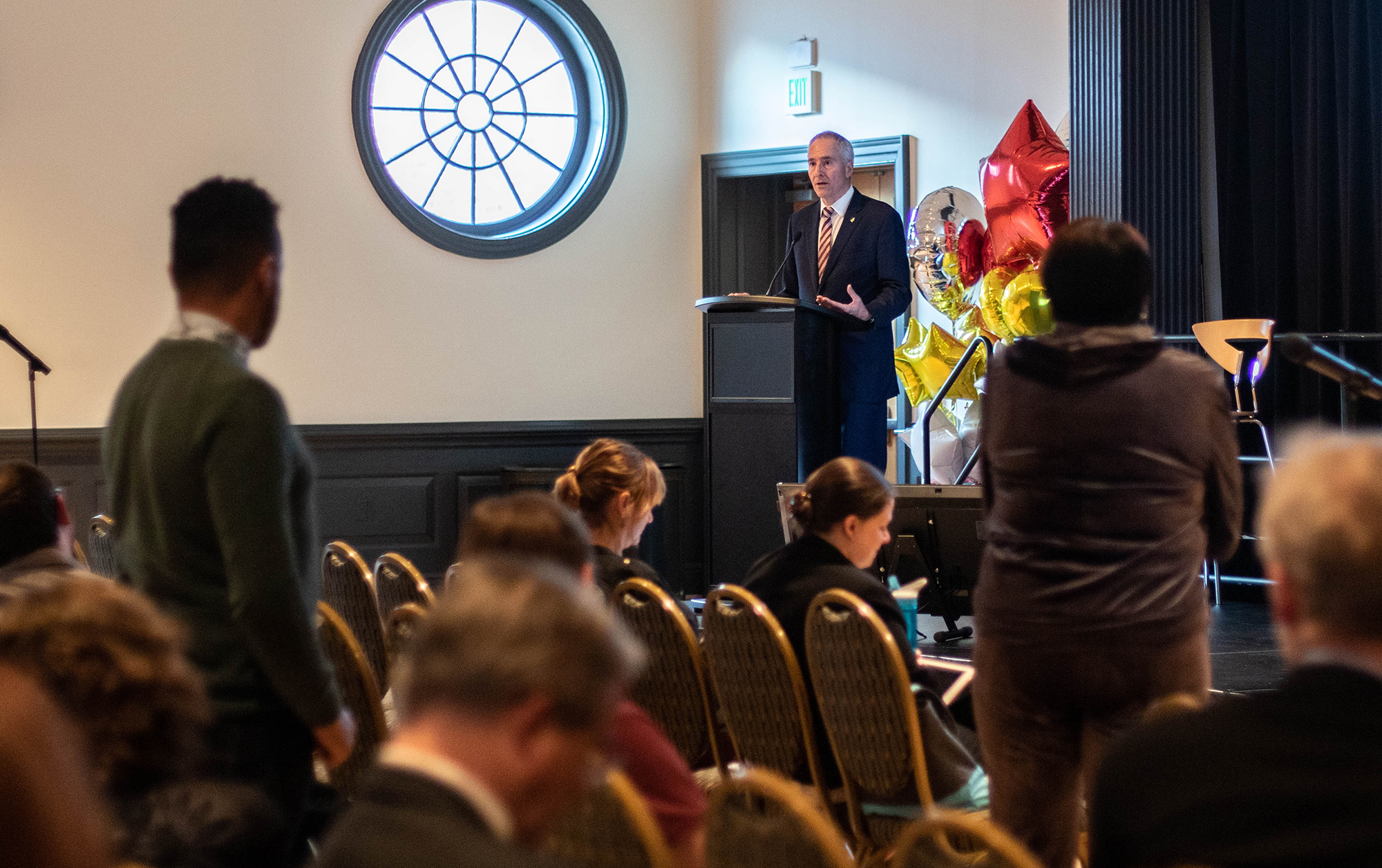 The University of Maryland’s administration and finance vice president reviewed the school’s Climate Action Plan with the University Senate at its meeting Tuesday, discussing the milestones the school has met and its goals moving forward.

Since former university President Dan Mote launched the school’s goal to reach carbon neutrality by 2050 over a decade ago, this university managed to almost half its greenhouse gas emissions from 2005 to 2017. Now, it’s aiming for a full 50 percent emissions cut by 2020.

Carlo Colella, this university’s administration and finance vice president, lauded this achievement. He also pointed out that the university’s dedication to environmentalism originates before 2009. The school was one of the first to sign onto the 2007 American College and University Presidents’ Climate Commitment, now known as the Carbon Commitment, pledging to work toward reducing its net greenhouse gas emissions.

“The University of Maryland has been a proud and long-standing committer to sustainability and carbon neutrality,” Colella said.

For the next step in the plan, this university is pegged to cut down its emissions by 60 percent from 2005’s numbers in the next five years. Colella said the Sustainability Council and other workgroups at the school are “clamoring” to accelerate the university’s progress toward carbon neutrality before 2050.

To meet this goal, Colella said, this university is working to increase its use of renewable energy as well as sustainable construction design and methods. It is also promoting “behavioral changes” in the campus community, such as proper recycling practices.

“I and many of my colleagues have been annoyed by the fact that there are Pepsi machines full of plastic bottles,” said Williams, who is a linguistics professor. “It seems to me like a simple thing to say, ‘Okay Pepsi, we have this contract with you … You only get to sell things that are easier to recycle, like aluminum cans.”

Colella told him his thoughts on plastic have evolved. Now, he said, he doesn’t drink from plastic water bottles.

“I think as more of us make those behavioral changes and make those demands of administration and leadership, we’ll get to that,” he said. “I know there has been some movement in that area, but not nearly enough.”

In addition to initiating sustainable practices on the campus, Colella said the university has been working to reduce its carbon footprint off-site. For instance, to offset greenhouse gas emissions from school-sponsored air travel, Colella said the university has been contributing to projects that help the environment, such as local tree plantings.

However, the commutes of faculty, staff and students continue to contribute to the university’s greenhouse gas emissions, as well as the school’s fleet of vehicles, Colella said. And more than 80 percent of the school’s emissions come from the school’s central energy plant, which is fueled by natural gas, he added.

Another option the university could consider, said Sen. Audrey Stewart, is eliminating some of the massive vehicles — such as those used to pick up trash and recycling — in its fleet and transitioning to smaller vehicles.

“That would help tremendously,” she said.

Colella said, in addition to changing the size of the fleet’s vehicles, the university is also looking into adding geographic information system sensors to vehicles to judge how efficiently they’re being used.

Overall, Colella praised the school’s commitment to sustainability. The Sustainability Tracking, Assessment and Rating System — which grades universities for their environmental practices — gave the school a gold rating, which ranks second to platinum.

Currently, there are only five universities that have a platinum STARS rating, and Colella said this university is “on their heels.” However, he said as higher education institutions, the schools aren’t in competition with one another.

“We’re very good about sharing information,” Colella said. “We are all about benchmarking and collaborating with others and building upon each other’s successes.”