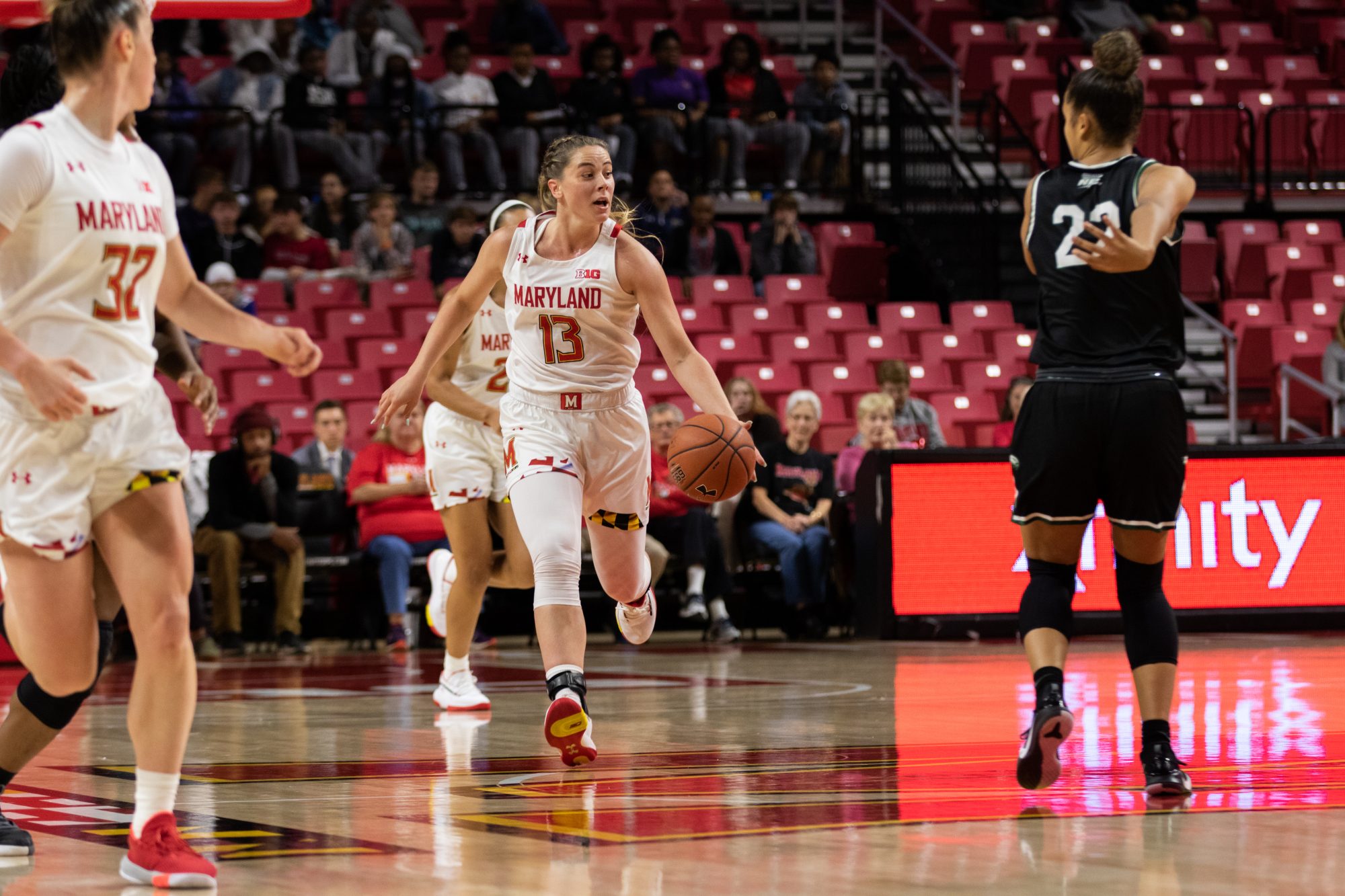 Experience often separates players and teams come NCAA tournament time in March. When push comes to shove, some crumble and others persevere, even when talent and skill would indicate otherwise.

Maryland women’s basketball hopes to avoid being on the wrong end of that, particularly when three freshmen are set to be key contributors to a Terps team with lofty expectations.

And the challenge to steer clear of that letdown begins Sunday in a matchup against No. 8 South Carolina, a far different test than No. 4 Maryland’s 119-56 dismantling of Wagner in its season opener.

“We’re extremely excited about this top-10 matchup. Two great teams that I think really mirror each other in a lot of ways,” coach Brenda Frese said. “They’ve been picked to win the SEC, so for us, it’s just about going out and playing to our Maryland standard and how we want to play.”

ESPN’s No. 3 ranked freshman class has lived up to the billing so far, but Sunday looks to be a good early indication of just how much they can help the Terps reach their goals this season.

Guard Ashley Owusu and forward Faith Masonius each played a team-high 31 minutes in their Maryland debuts, with Owusu posting a standout performance running the offense and Masonius providing an all-around game off the bench.

While guard Diamond Miller started the game, she struggled shooting the ball and fouled out after just 21 minutes. Still, her length and athleticism showed that she can impact a game in more ways than just scoring, particularly with her ability to rebound and push the ball in transition.

“I think [our freshman] have played in a lot of big-time moments leading up to this, so they have worldly experience,” Frese said after her team’s win over Wagner on Tuesday. “I always talk about how age is just a number, and when you play as much basketball as those three have played, you can see how they impact the game in so many different areas.”

The three freshmen displayed unselfishness, too, combining for 18 of the team’s 30 assists, while also staying aggressive and eager. The question remains whether those tendencies will change or be neutralized if adversity strikes against more talented teams like the Gamecocks.

The freshmen are, however, surrounded by several experienced players and coaches who will help them stay composed as competition ramps up. The team’s depth also doesn’t put too much pressure on the group to play its best in the first big game of the season.

“A lot of [the freshman] may have not played in such a big crowd, so I would definitely reiterate just to be calm and poised and play their game because ultimately we need to have that composure against this team,” forward Kaila Charles said. “[South Carolina] is very aggressive and they’re going to try and speed us up, but we need to be the more disciplined team.”

Owusu, the top-ranked guard in her class, displayed a confidence in her debut not typically seen in freshman players, as evident by her team-high 18 points and nine assists. The Terps put the ball in her hands to run the halfcourt offense and let her go to work in pick-and-rolls and isolations.

And with guard Channise Lewis still out with a knee injury, the Terps will lean on Owusu more than the other two available freshmen.

Against South Carolina, Maryland’s highly-touted freshmen will get to see how they stack up with a top program in the country. The group has showcased its abilities in its play thus far — but how it handle stiffer competition is still unclear this early in the season.

“I love it. We’re going to see right away where we’re at,” Frese said. “For us, it’s just understanding where our strengths lie. If weaknesses are exposed, those are going to be things we want to work on. But we want to play against the best and we want to be tested, and I think our non-conference schedule is going to have us battle-tested this season.”