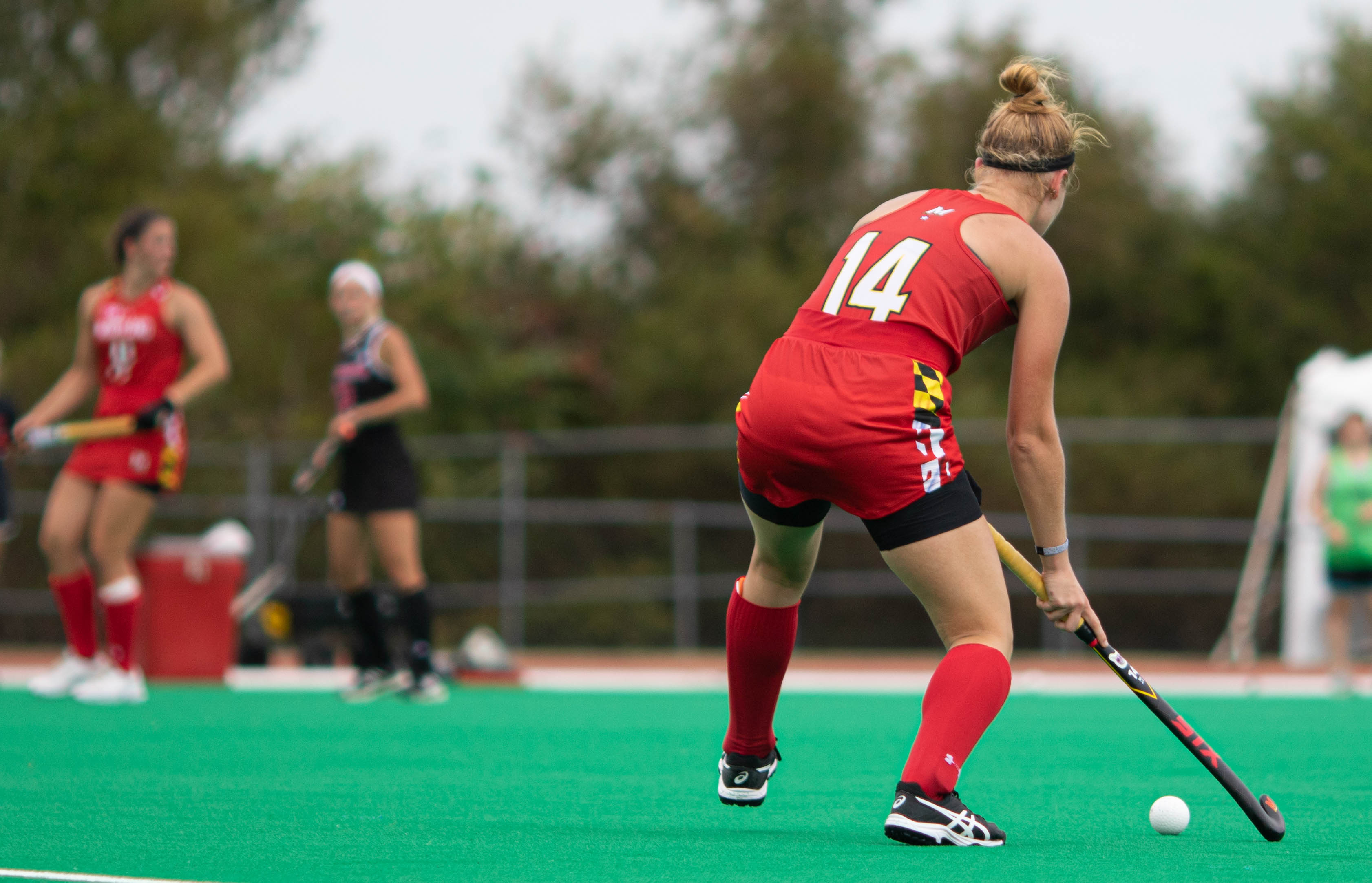 As Maryland field hockey midfielder Kelee Lepage’s plane descended toward the airport last spring, she peered out of her window, and her eyes were immediately drawn to the baroque stylings of German architecture.

Months earlier, Lepage had a series of conversations with her roommate, former Terps field hockey forward Olivia Reiter, who had spent the previous spring in Australia. The then-senior was keen to fill Lepage in on just how transformative her trip was.

“She was so thrilled with how her experience went abroad,” Lepage said, “I [realized] I had to take it.”

So she did, joining Mannheimer HC — one of the top field hockey clubs in the German Bundesliga.

And since returning to College Park for her senior campaign, Lepage has brought confidence and swagger into a young midfield unit — characteristics that were forged on a state-of-the-art pitch more than 4,000 miles away from the Field Hockey and Lacrosse Complex.

“She did a lot of traveling, she had to learn a language, she lived by herself, she grew up a ton.” coach Missy Meharg said. “She became an adult in a foreign world where English is not the first language.”

Over the course of her 32-year career, Meharg has pushed American players to go overseas and develop a greater understanding of the international style of play.

“Going into a whole arena and an environment where you don’t know what you don’t know lends you more opportunity to learn about this game,” Meharg said. “It is really a global game before a national game.”

Lepage was no exception, with Meharg and former teammate Nike Lorenz helping the Honey Brook, Pennsylvania, native connect with Mannheimer — Lorenz starred for the hockey club prior to coming to College Park — and land an internship in Mannheim’s competitive marketing sector.

Additionally, Reiter and Lorenz gave Lepage an idea of what to expect while in a new country.

Even so, Lepage’s first few weeks in Germany were difficult. The midfielder struggled to shake the feelings of solitude that come with spending an extended period away from family and friends — feelings that were compounded by the language barrier.

“Transitioning into Germany … was very different,” Lepage said. “The first few weeks, I was on my own. I definitely grew a lot of independence — you feel like you’re independent [until] you’re in a foreign country on your own.”

But as the season progressed, Lepage found solace on the pitch, learning to trust her observational skills and using her eyes to communicate rather than her voice.

“I’m definitely more of a visual learner now when it comes to learning the game,” Lepage said. “I’ve been able to watch and see different kinds of tactics and how to look at different things [to] be evaluative of my teammates to help them in any way that I can.”

And after impressing during her stint in Germany, Lepage carried her newfound mentality back to College Park, seamlessly slotting into the midfield and picking up three goals and six assists while starting every game this season.

Her improvement has been apparent to her teammates, too, with Lepage pushing her body to its limits any time she gets on the pitch.

“She’s brought a lot back to us,” forward Kyler Greenwalt said. “Her positivity, her work rate, she’s been killing it lately. Every single practice she’s bringing it, every single game she’s bringing it — sometimes she doesn’t even get a sub in the game and you can’t even tell.”

Lepage’s heightened confidence has circulated through the entire Maryland squad, especially in the midfield, with the Terps often using Lepage’s steeliness and passing ability to link the play between the attack and the defense.

This self-belief was sparked on a practice pitch in Mannheim — one that was the site of some of her lowest lows and highest highs.

Armed with this confidence, Lepage’s future prospects look to be especially bright, especially after proving she could hang with some of the toughest competition in the German top-flight.

“Right now, she’s in it. She’s in it every day, she’s in it for the long haul, she’ll play hockey at the next level,” Meharg said. “I wouldn’t have said that a year ago. … I could see Kelee [easily] moving into the [USA Field Hockey’s] training block over the next year.”