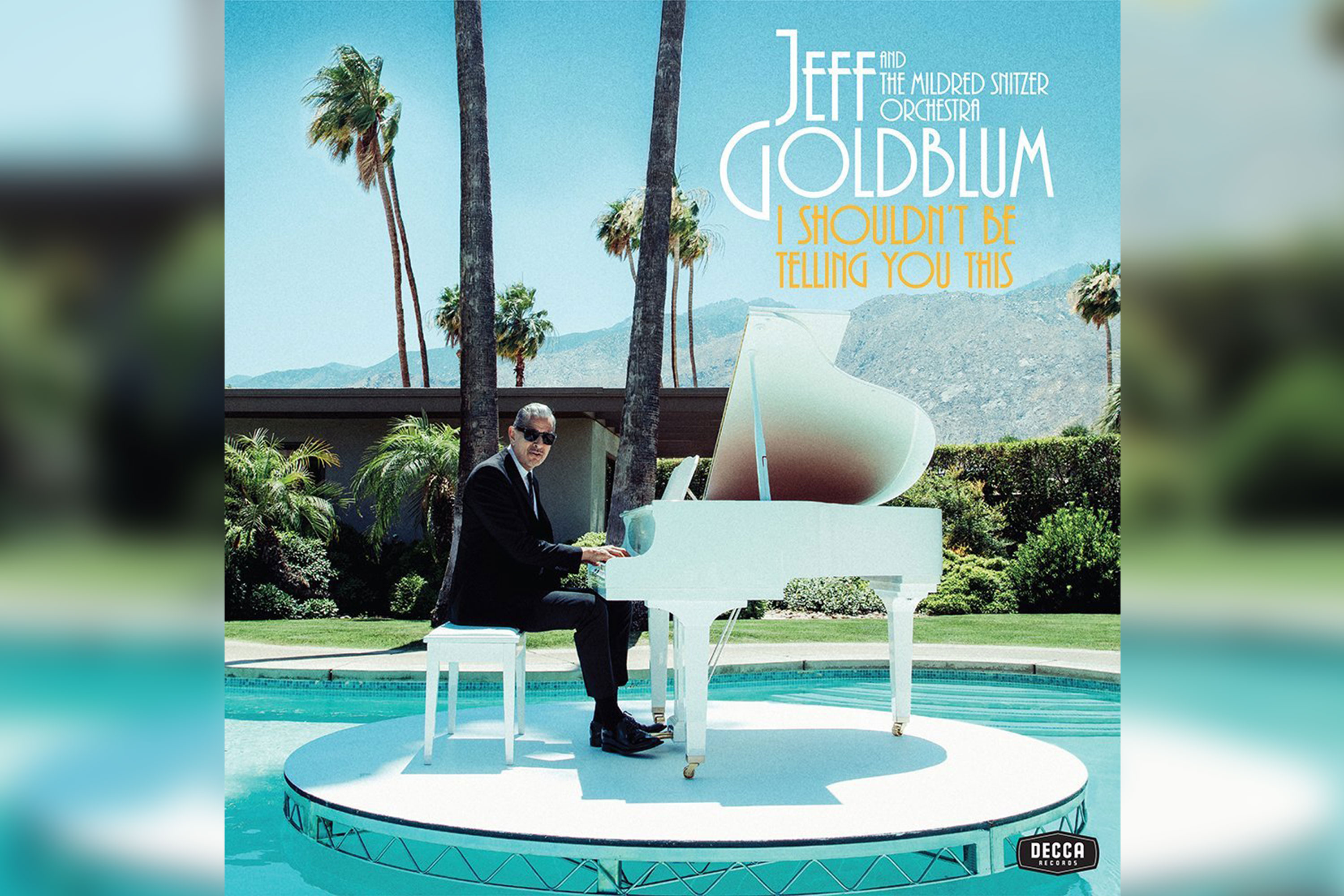 ‘I Shouldn’t Be Telling You This’ by Jeff Goldblum & The Mildred Snitzer Orchestra is one new music release I found enjoyable this week (Photo via Amazon).

I used to love spending hours combing through Spotify and finding new music to listen to. Part of this stemmed from my desire to be cool, always listening to music my friends and peers hadn’t heard yet. But mostly I just loved music enough to spend my free time focusing on it.

Now that I write about music, I rarely give myself that time anymore. I treat discovering new sounds like a job, and artists don’t make it any easier on me by engaging in a pissing contest to raise their streaming numbers with ultra-long albums and seemingly never-ending releases. So, I often rely on suggestions from friends and Twitter mutuals to find music I can really sink my teeth into, which isn’t as fun as exploring the Spotify safari on my own.

But I noticed that a lot of my favorite artists, from HAIM to Ariana Grande to Tame Impala, have put out new music recently, and I barely even cared! It’s truly a shame how working can turn our passions into mere chores, but I am fighting that feeling, digging into these new releases and packaging my thoughts as a nice list.

So here, I present you: seven new music releases you should listen to.

Folks, we are officially ushering in a new Tame Impala era, and even though there’s a slim chance the band’s impending album, The Slow Rush, will top the masterpiece that is 2015’s Currents, this single is really giving me hope. The catchy drum beat and siren-like melody is infectious and incredibly danceable. I can already picture myself dancing to “It Might Be Time” under Tame Impala’s signature rainbow confetti during their next tour.

This album is exactly what you’d expect from an action movie soundtrack: mostly boring with a few bops mixed in, perfectly crafted to linger behind big explosions or montages of carefree moments in cars before chaos ensues. I’ll spare you all my full-fledged takes and point you to this review written by The Diamondback’s own Jason Fontelieu, who really nailed my thoughts on it all. Many of the songs seem to have a lot of potential due to incredible lineups but fall flat in practice.

Though this album didn’t blow me away, I still think it’s worth a listen. The Ariana and Chaka Khan collaboration “Nobody” is a perfect little pop song, and I was introduced to artists I’ve been sleeping on through tracks like “Pantera” by Anitta and “Eyes Off You” by M-22, Arlissa and Kiana Ledé.

HAIM, my mothers and queens, has done it again with its latest single, “Now I’m In It.” In a beautiful marriage between rock and electropop, these ladies serve us a staccato bop about getting your groove back. Some songs are perfect for pretending your life is a music video, usually of the “staring out the bus window on a rainy day” variety, but HAIM’s latest track is more of a “skipping across town in the sunshine, smiling at strangers” type of song.

Maybe I’m just missing all the Jeff Goldblum content on my timeline but we do not talk about this guy’s musical skills enough. His latest project blew me away from the start with the opening track “Let’s Face The Music And Dance,” featuring gorgeous and sultry vocals from Sharon Van Etten. This album made me feel like I was sitting on a red couch at a club in the ’20s with one of those long, lady cigarette holders in hand, watching Jeff tickle the ivories for 11 tracks of classic jazz sound while his fantastic band peppers in energetic lines of bass and saxophone.

[Read more: My Chemical Romance’s return is a revival of a generational change in music]

“Hit Me Up” by Kenny Beats, Omar Apollo and Dominic Fike

I’ve been waiting for this collaboration for what feels like ages, ever since September, when Kenny posted an Instagram photo of himself, Dominic and Omar sharing a blunt. These three are some of my absolute favorites at the moment — I can’t say enough good things about Kenny’s dynamic abilities as a producer or Omar and Dominic’s fresh takes on R&B. The striking and persistent bassline of “Hit Me Up” perfectly complements Omar’s high-toned vocals and Dominic’s short but sweet rap verse is a moment to be treasured. Now I’ll just sit back and spam Kenny’s Instagram comments until he posts the behind-the-scenes of this magical track on his YouTube channel.

“Keep On” by Courtney Barnett

Courtney Barnett covers fellow Milk! Records artist Loose Tooth with this rendition of “Keep On,” as part of an upcoming compilation from the record company, Milk on Milk. While I was disappointed Courtney Barnett’s “new” music was simply a cover and not a single from an upcoming solo album, it’s enjoyable nonetheless. Courtney’s incomparable vocals and vibrant instrumentation made me add this song to my usual rotation, and now I’m looking forward to Milk on Milk coming out on Nov. 15, so I can learn about new songs and new artists.

Pinegrove was the first band I ever saw at a music festival. When I ventured to Lollapalooza in 2016, my first time at a multi-day celebration of great tunes, I watched the group perform for a crowd of about 50 people at noon on a Thursday, and I was floored. Now I consider myself a casual stan, and as I await the 2020 release of Pinegrove’s new album Marigold, I’m enjoying the angsty lyricism of its latest single “Phase.” While a lot of Pinegrove’s best music comes in the form of gloomy ballads, this upbeat pop-rock track is a sweet change of pace. As the band gets bigger, the musicians show a drive to push their boundaries, and I hope this shines through on the full-length project as it does on “Phase.”