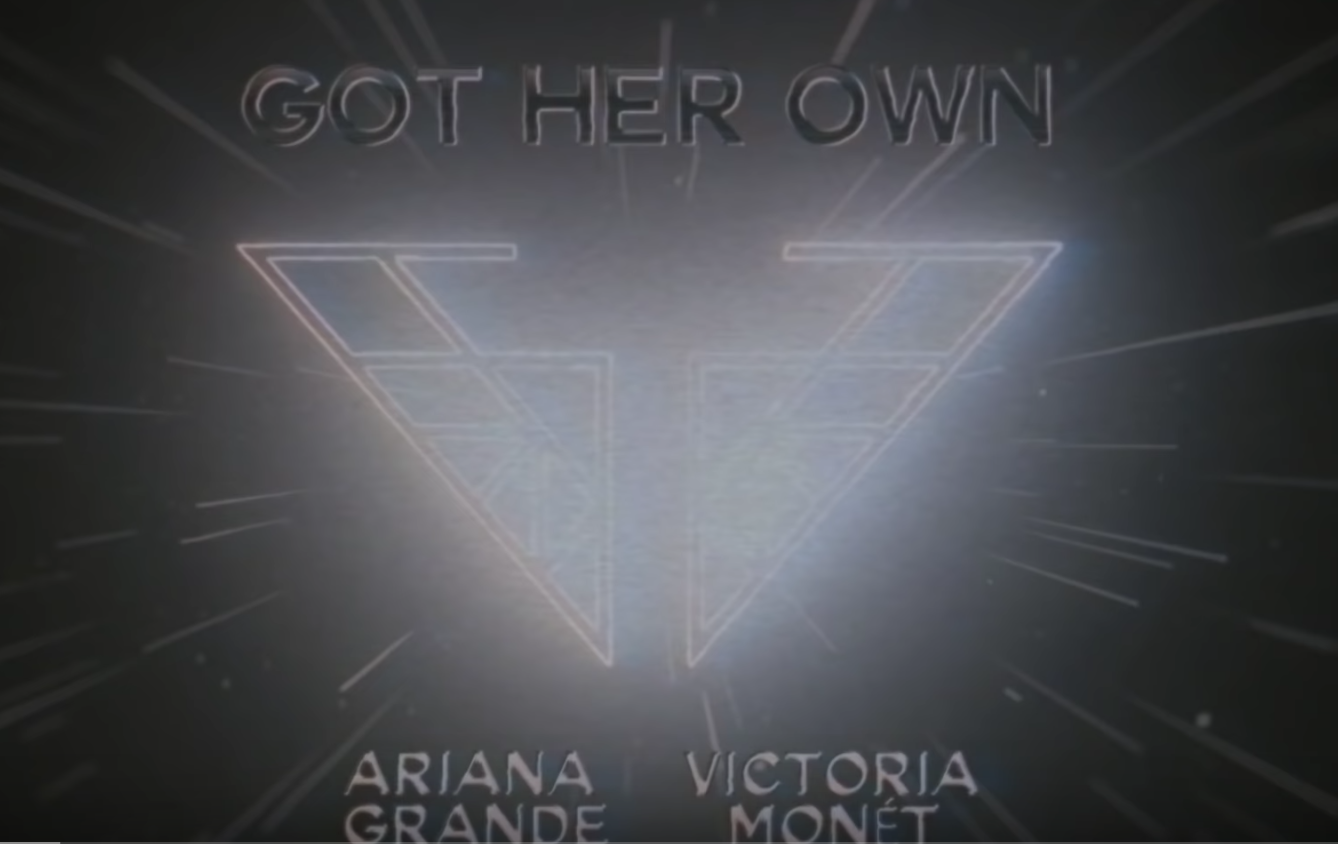 Ariana Grande and Victoria Monet on 'Got Her Own,' one of the songs on the 'Charlie's Angels' soundtrack (Photo via YouTube.)

There’s literally nothing better than talented ladies coming together to make unapologetically fun music. Such is the case for the soundtrack to the upcoming Charlie’s Angels reboot.

Coproduced by the one and only Ariana Grande, the album is meticulously crafted to be a representative ode to the female songstress by showcasing vocals from singers from varying genres and levels of popularity.

I was ready for the prospect of hearing new Ariana after being disappointed by some of her recent post-thank u, next releases, à la “Boyfriend” and “MONOPOLY” — my apologies to my diversions editor/Ari stan, Ally O’Reilly.

The project, as a whole, has some wildly exciting songs and some extremely mediocre ones. While it’s a tad messy at times, it averages out to a slightly above average score on the Jason-Fontelieu-Scale-Of-Screaming-At-How-Iconic-It-Is.

[Read more: Jay Som leaves a little something to be desired — but not in the way that you might expect]

Let’s roll through the highlights. “How I Look On You” is the sultry Ari bop that I have been yearning for. She serves vocals, she serves sass and she assures us that he likes her just the way she “are” (oh hey, “Break Free”). “How It’s Done” is a high-speed banger that makes you want to rob a bank and speed off into the distance, not to mention the all-star line-up of Kash Doll, Kim Petras, ALMA and Stefflon Don all together here. “Eyes Off You” is an electro-pop extravaganza, sure to jumpstart any languishing get-together into a chaotically exuberant bash.

I’m sure y’all already know how I feel about “Don’t Call Me Angel (Charlie’s Angels).”

However, the most memorable track off this effort comes from a duo I would have never paired together, but can’t believe I went this long without. Ariana joins forces with the legendary Chaka Khan on the funky, carefree “Nobody.” Chaka’s raspy vocals and Ariana’s crisp ones are like a medley of chunky and smooth peanut butter that you don’t want to miss out on. This track brought me  — in the spirit of Marie Kondo — the most joy, by far.

Though no tracks were absurdly bad, some middling efforts were overshadowed by the heavier hitters.

Ariana collaborates with Victoria Monét on “Got Her Own,” a slower burn that fails to draw in much interest. The beat is messy, and although Victoria’s verse has some energy, you have to deal with about 75 seconds of boredom to get to it.

“Bad To You,” in theory, should have been a smash. Ariana, Normani and Nicki Minaj are three of the most influential female artists in the industry at the moment. Each of their moments alone are decent, but the combination of them doesn’t flow naturally. While the overall girl-power message of the song is redeeming, this song still unfortunately has to catch a skip.

As a whole, this isn’t the most revolutionary album. It does produce some catchy songs I’ll definitely listen to on their own, but the album lacks a sense of cohesion. The biggest disappointment was the Ariana/Normani/Nicki track not knocking me out on sight, if I’m being totally honest. Also, was a 2019 remix of the late Donna Summer’s “Bad Girls” completely necessary? I would say no.

But don’t get me wrong. “Nobody” is now my go-to jam, and nobody can take that away from me.