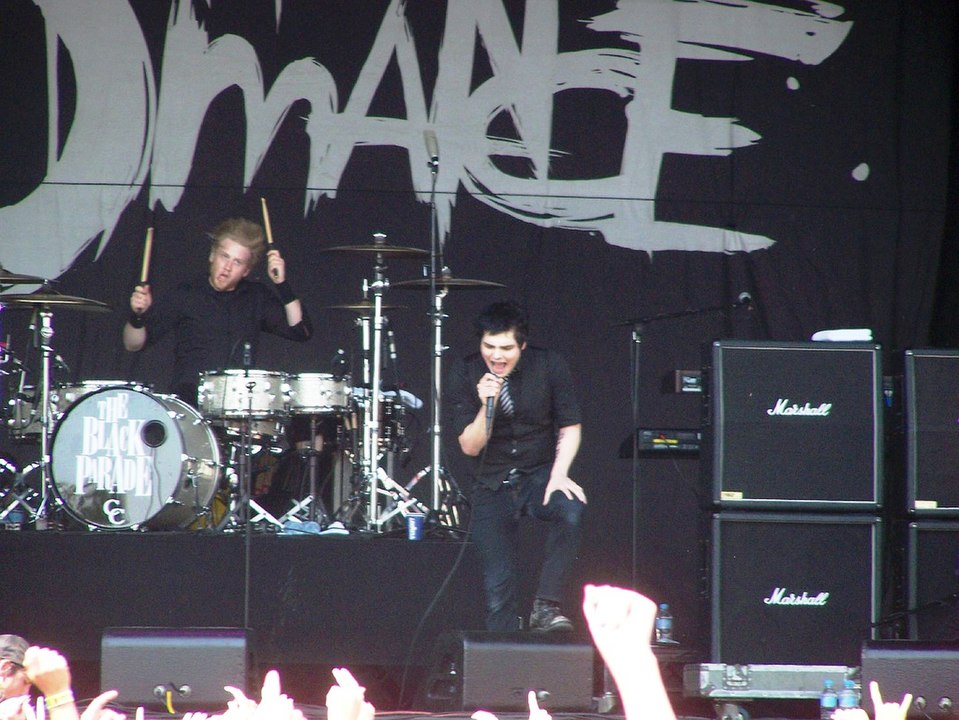 My Chemical Romance is making a comeback in December (Photo via Wikimedia Commons.)

This Halloween, while people dressed as bananas and sexy devils were caught in severe rain and wind, an entire genre of music was celebrating the return of legends. Because six years after bidding goodbye to the Killjoys and the Black Parade, My Chemical Romance announced they were back together for a Dec. 20 reunion show.

Chances are, you’re not going. The Los Angeles show sold out less than a half-hour after its $150 tickets went up for sale on Nov. 1. That makes sense — the indoor venue, Shrine Expo Hall, holds only a little more than 7,000 people.

While some might say California in 2019 is the perfect setting for the Killjoys to host a comeback, it’s a weird choice for a band that got its start playing in New Jersey house shows and recording demos in former drummer Matt Pelissier’s shitty attic. I might be speculating here, but I don’t buy this is the last live show we’ll hear about.

Regardless, the reunion show, aptly named “Return,” means a lot to me — and many in our generation. After all, I wasn’t the only mentally ill teenager bitterly cursing authority behind the high school gym.

[Read more: Jay Som leaves a little something to be desired — but not in the way that you might expect]

When we weren’t drowning in angst, we were sitting in our rooms blasting songs such as “Teenagers” and “The Sharpest Lives.” Quite frankly, we were blasting the entire discography. It was that good. So when the band’s website announced its breakup in 2013, it was, to say the least, traumatic.

But the aftermath is secondary.

The band as a unit has been likened to one of its musical influences, Queen, for their group dynamic and sheer brilliance. Gerard Way’s propensity to put on a show echoes the dramatics of Freddie Mercury. And we can’t forget the numerous times guitarist Ray Toro has been compared to Brian May — who even performed on stage with the group in 2011.

When people remember MCR, they often boil their legacy down to The Black Parade, the album that took them out of clubs and into the history books. But to suggest the rock opera is all the band had to offer downplays its 12-year history and the influence it had on a generation of people and an entire decade of music.

Emo bands can be traced back as early as the mid-1980s, but the genre never really had a cohesive style before MCR. Even their first album, I Brought You My Bullets, You Brought Me Your Love (a quintessential early 2000s title), was too chaotic and confused to really be called emo — or even rock for that matter.

It was their second album, Three Cheers for Sweet Revenge, that really harnessed the band’s energy and gave us the brilliant hits “Helena” and “I’m Not Okay (I Promise).” The album could function as a guide to all emo music to come, if it wanted to. But in 2006, the boys and their smeared eye makeup completely changed the game. They released The Black Parade.

The rock opera was likened to almost every concept album before it. The Black Parade fell on the level of Ziggy Stardust and the Lonely Hearts Club, and for many, that’s all we needed. But if I was blown away by any album, it was the band’s fourth, Danger Days: The True Lives of the Fabulous Killjoys.

The concept album was set in a 2019 post-apocalyptic world run by consumerism. This idea is not entirely off from reality; in my opinion, we’re only a few years behind schedule. The music was like a nuclear bomb, and, like a nuclear bomb, it left nothing in its wake. It was the last album of My Chemical Romance’s career.

While the band has never enjoyed being labeled by the genre, emo is a middle finger to the status quo as it personally affects all of us. While punk relishes in political concepts, MCR gave us permission to be angry for ourselves, not society. Historically, that’s what revolutions always are: a band of angry people who want freedom, love, bread, realizing they’re not the only ones.

“Return” will certainly see hits throughout the MCR-era. If I don’t hear “Vampire Money,” I won’t be okay (I promise). But I find it hard to believe this will just be a rehashing of old music. In a 2010 American Songwriter interview, Way said, “Art needs to be circular if it’s going to survive.

In a way, he was right. But circular does not mean repetitive. And if I have faith in anything, it’s that Gerard, Mikey, Frank and Ray are not interested in going back.

These four are a revolution — and they’ve proven to be so with every chord they play.