How the Terps fared in NFL week 9 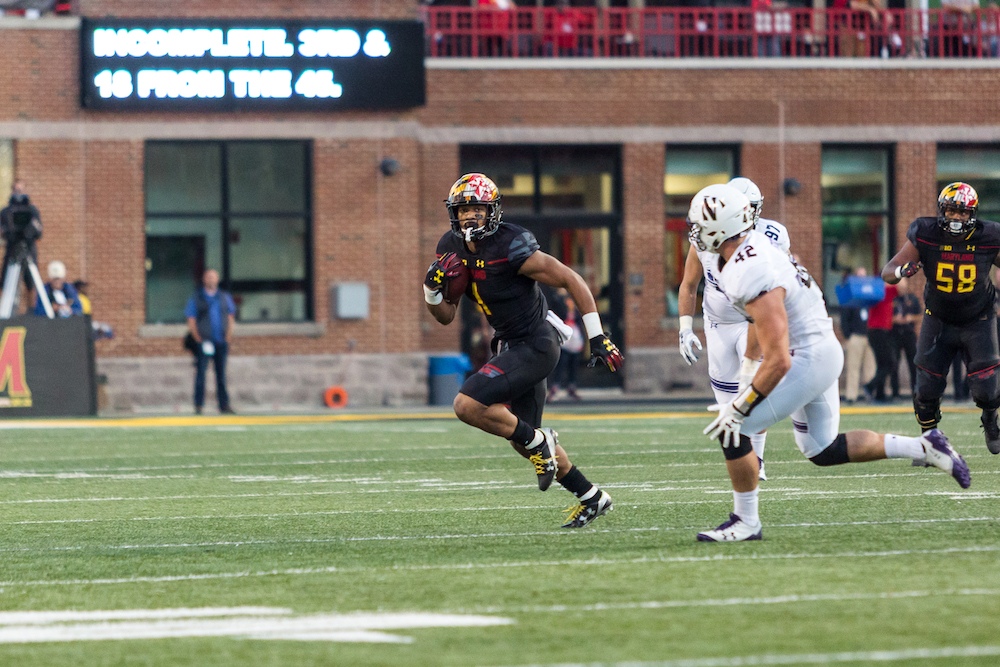 Week 9 in the NFL saw a new former Terp in the spotlight, making his first contributions since the 2017 season, while other former Terps continued to make plays.

DJ Moore recorded his first 100-yard receiving game of the season, catching seven passes for 101 yards in the Carolina Panthers 30-20 win over the Tennessee Titans. It was the second 100-yard game of Moore’s career, as he led the way for the Panthers’ passing attack in the road victory.

Trey Edmunds, who transferred to Maryland from Virginia Tech before the 2016 season, recorded 12 carries for 73 yards in the Pittsburgh Steelers’ 26-24 win over the Indianapolis Colts. With running backs James Conner and Benny Snell both out with injuries, Edmunds served as the primary backup. His first rush of the game went for 45 yards, setting the stage for a solid outing from the third-year pro.

After recording at least seven catches for at least 140 yards in each of the last three games, Stefon Diggs came back down to Earth in week 9. He was held to one catch for four yards in the Minnesota Vikings’ 26-23 loss to the Kansas City Chiefs.

Ty Johnson had nine carries for 29 yards and also caught three passes for seven yards in the Detroit Lions’ 31-24 loss to the Oakland Raiders on Sunday.

J.C. Jackson recorded one tackle in the New England Patriots’ 37-20 loss to the Baltimore Ravens.

Jermaine Carter Jr. recorded one tackle in the Panthers’ victory.

Byron Cowart recorded one tackle in the Patriots’ loss. It was his second tackle of the season.

Vernon Davis missed his fifth straight game for the Washington Redskins, after suffering a concussion in week 4.

Quinton Jefferson missed his second straight game for the Seattle Seahawks due to an oblique injury.

Josh Woods did not record any statistics in the Chicago Bears’ 22-14 loss to the Philadelphia Eagles on Sunday.