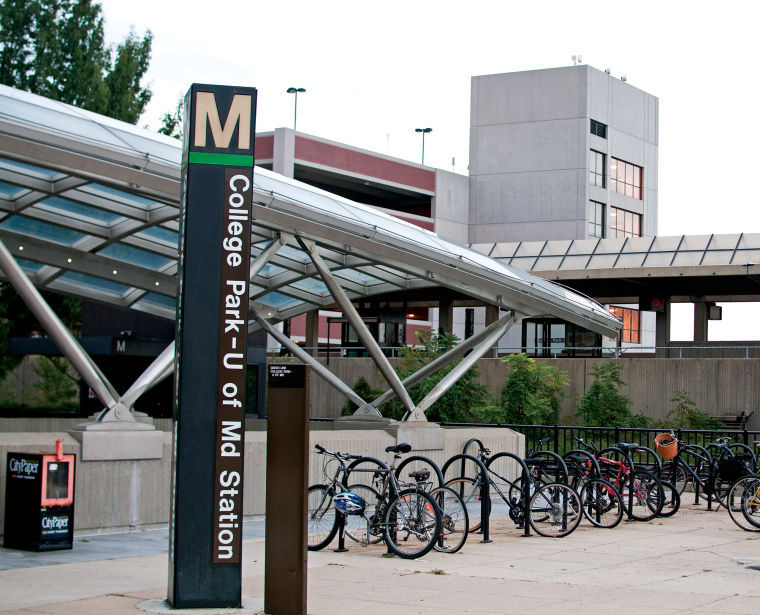 College Park’s Metro stationis part of the transit district the county planning board aims to redevelop with some new amenities.

Starting this month, construction for the Purple Line will cause two significant closures along Campus Drive at the University of Maryland, according to a campuswide email sent Thursday.

On or around Nov. 3, the Campus Drive stop at 50th Avenue for the #104 College Park Metro Shuttle-UM route and the portion of the sidewalk along Campus Drive and under the railroad tracks between Paint Branch Trail and River Road, will shut down.

According to the email, sent from Purple Line UMD, Shuttle-UM riders should use stop #36469 on River Road instead of the one on Campus Drive, and pedestrians and cyclists should take a detour through the Old Town neighborhood when entering or exiting the metro station.

This path requires people to take the metro station’s stairs, escalator or elevator. For those with accessibility needs, Purple Line UMD wrote that a continuous paratransit shuttle will be provided.

For over a year, construction for the 16-mile long light rail that will run through campus has caused other closures.

In August 2018, Campus Drive became a permanent one-way street to make way for the project between the “M” circle and Union Lane. And over the summer, this university’s Department of Transportation Services announced bus stops on the east side of the College Park Metro would be moved temporarily to River Road for nine months.

While the state originally said that the light rail system — which would link College Park to Bethesda and Silver Spring — would be ready to open in late 2022 and the team of companies behind the project’s construction anticipated a later date in spring 2023, the state has now anticipates the Purple Line being partially operational in late 2022.

In the meantime, the email instructed community members to keep themselves safe when navigating active construction zones and follow signage for detours.

“Pedestrians, cyclists, scooterists and drivers should all take extra care when traveling through these areas,” the email read. “Please be patient.”