After construction delays, the Purple Line development team has a new CEO 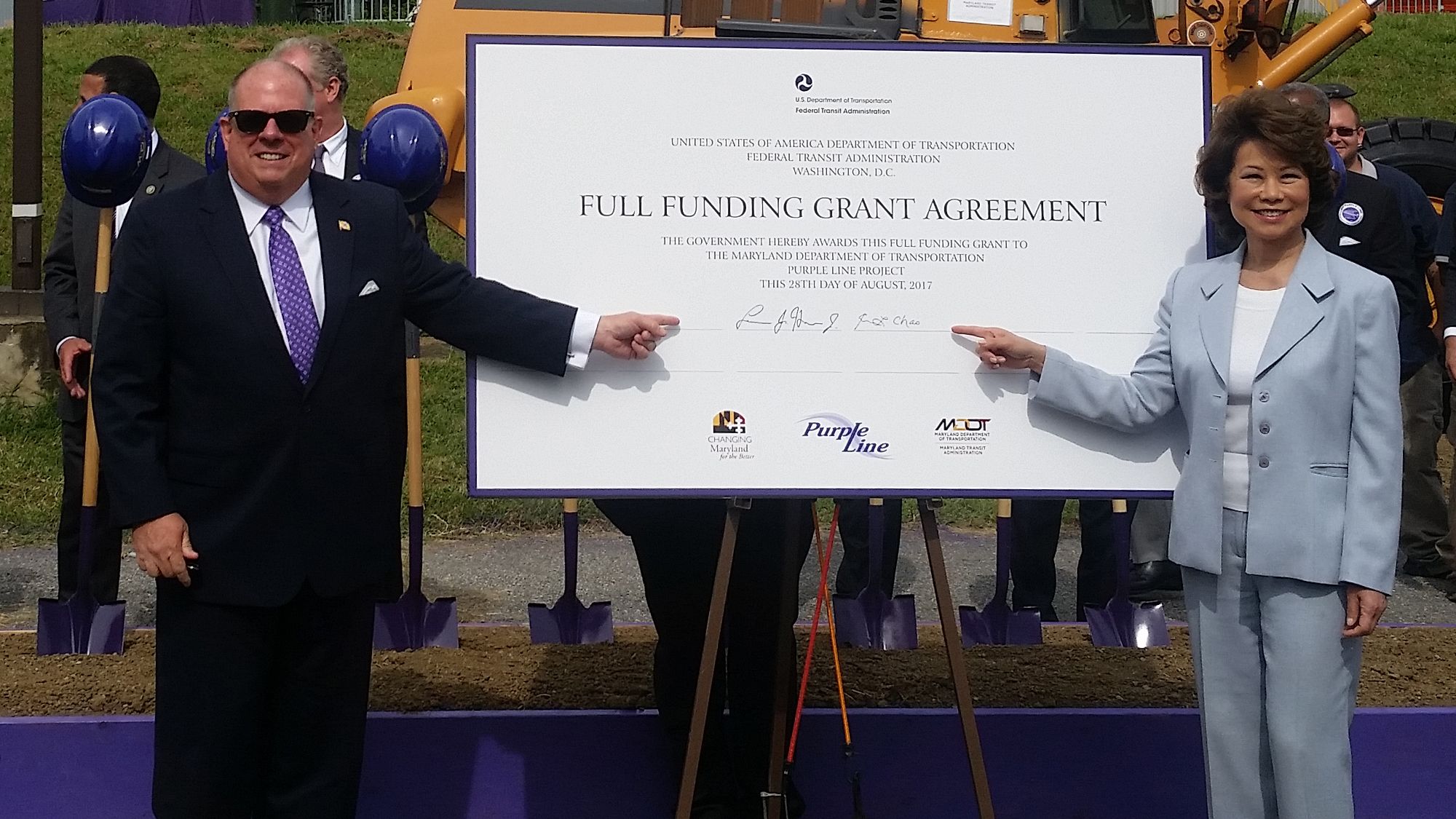 The group of companies working alongside the state of Maryland to build the Purple Line — the light rail set to run through the University of Maryland’s campus — has a new CEO.

The move comes amid disagreements and delays in the line’s construction. The team of companies — known as Purple Line Transit Partners — and the Maryland Transit Authority have been stuck in disputes regarding the project’s timeline and which party will pay to offset the costs of the delays.

The new CEO, Peter van der Waart, has previously worked on large public-private partnerships, including the Presidio Parkway project in San Francisco, according to The Washington Post.

The team’s officials are hoping van der Waart’s experience will help him resolve the disagreements that are slowing the project.

“Peter’s job is to come in and work to resolve these issues,” spokesperson John Undeland told The Washington Post. “He’s done this on previous projects, and it’s his key assignment so these distractions don’t delay construction.”

Meanwhile, campus development for the line has already begun, with workers cutting down trees along Campus Drive — now reduced to one lane to make way for the train tracks — and closing campus sidewalks.

Construction for the line, first approved in June 2015, was originally delayed by about a year due to a lawsuit challenging its environmental impacts.

Van der Waart is the third CEO for the firm since the approval of the Purple Line contract in 2016. He will replace Fred Craig, who held the position for about a year. Craig declined to comment to The Post on his departure.

The 16-mile line, which will connect the Bethesda and New Carrollton Metro stations, will have five stops on or near the campus, including near Cole Field House, Baltimore Avenue and the already-existing College Park Metro Station.

The group’s $5.6 billion contract with the state also stipulates that it will manage the line for 30 years.

In the past, university and College Park officials have hailed the line as a potential source of new economic development, but delays have already increased the price tag by $215 million.