After spending one glorious hour listening to Cigarettes After Sex’s new album, I have one burning question: Who hurt Greg Gonzalez?

The album’s titular song, “Cry,” is one of my favorites: it narrates Gonzalez’s abandonment of love for good. The song is different from the first half of the album, which follows Gonzalez’s search and desire for love.

It’s a heartbreaking one about unrequited love and the fact that one lover must leave the other in order to prevent further damage within the relationship. The song’s chorus is incredibly powerful, and the guilt and hurt in Gonzalez’s voice was evident throughout the entire song.

The second verse begins with the line, “Maybe I’d change for you someday” — a powerful line that brought back many old memories of a relationship I had been in.

I knew that listening to Cry would not be a joyous experience. In fact, I cried multiple times myself while listening to “Don’t Let Me Go” and “You’re the Only Good Thing in My Life.” I knew for a fact I was not feeling down prior to listening to the album. But afterward, my eyes were swollen and my laptop surface was adorned with fresh teardrops.

Despite the morbid lyrics and the themes explored in each song, Gonzalez’s angelic voice — along with the band’s ethereal instrumentals — prompted me to keep playing the album on repeat.

“Don’t Let Me Go” is a song about yearning for a past lover that is long gone, but not forgotten. The song is hauntingly beautiful because it’s so melancholic, especially with that background guitar tune, which left me feeling tranquil and nostalgic. As the opening track for Cry, this song perfectly sets the mood and ambiance for the entire album.

Another popular track on the album is “Heavenly,” which almost seems like a continuation of “Don’t Let Me Go.” Both songs share a common theme of romantic desire. However, “Heavenly” is about an even stronger and immediate mental and physical desire.

The song begins with a cryptic instrumental of bass and drums, which then transitions effortlessly to Gonzalez’s lyrics about the person he’s seeking. I’m not really sure how a beautiful sunset can evoke such deep feelings about love, but I do know that Gonzalez has a talent for turning sadness into art and beauty.

Cry is one of those albums that’s incredibly depressing and beautiful at the same time. The pain and misery are not only heard within Gonzalez’s voice, but within the accompanying instruments as well.

Without a doubt, Cry is pure art, but it’s also probably not the best album to listen to while going through midterm season — unless you want your crying sessions to be even more sad than they already are. 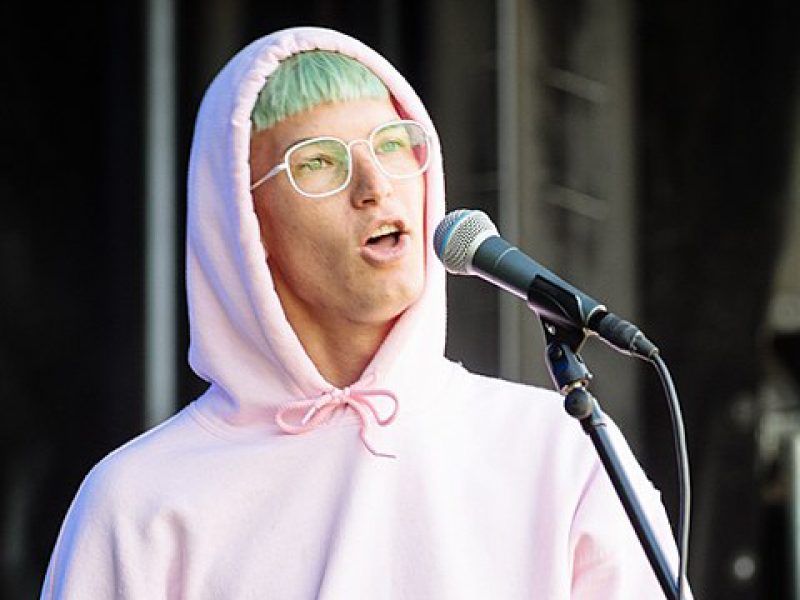