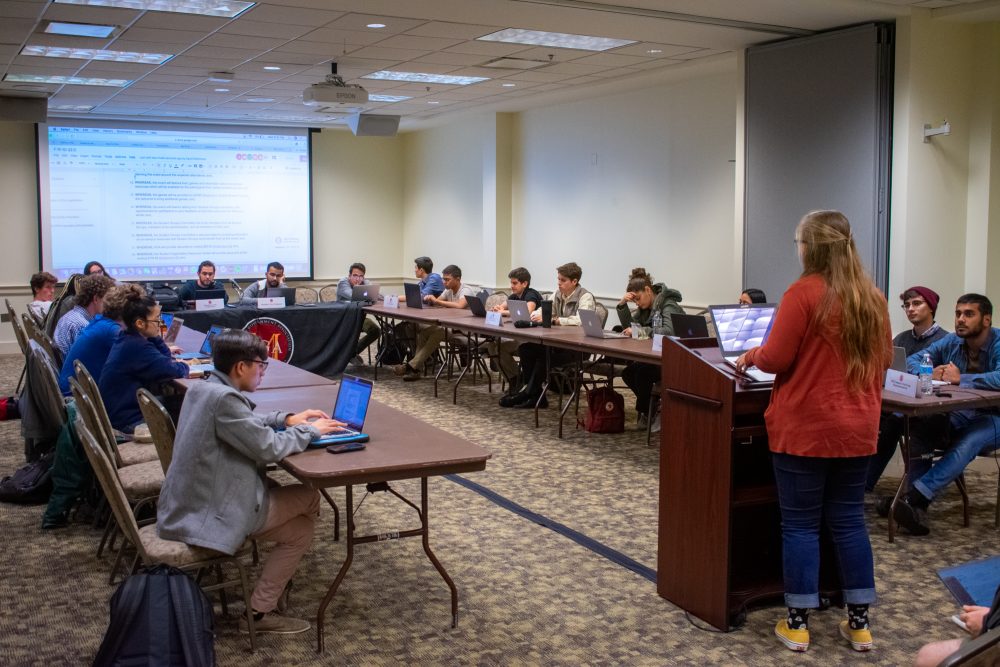 The University of Maryland’s SGA voted Wednesday to support the new reporting structure of the Office of Civil Rights and Sexual Misconduct.

The bill received a vote of 18-0 with two abstentions.

The office, which handles Title IX investigations, will now report directly to diversity and inclusion vice president Georgina Dodge. The change is designed to make the office’s resources more accessible for students and improve client interactions, Dodge told The Diamondback earlier this month.

“If I am traumatized, I don’t necessarily know where I need to go,” Dodge said. “I just want to go somewhere and have someone guide me to resources. And so we were having that conversation and thought that structure might not be as strong as it could be.”


Since September 2017, the office has reported to the Office of General Counsel. That office, however, is tasked with limiting legal liability concerning the university and doesn’t directly communicate with students.

“This is a big philosophical change as well, just the philosophy of how the university is looking at sexual assault,” she said. “If you’re having the office report to the person who is supposed to limit the legal liability, that conveys a very particular view of what the role of the office is on campus.”

OCRSM, which former director Catherine Carroll publicly referred to as understaffed and underfunded, has had staffing issues over the last academic year. Amid vacancies, the university got help from investigators at Husch Blackwell, an outside firm, and eventually brought on a new Title IX investigator and hired two temporary staffers into permanent roles.

Some students have said they’ve felt neglected by the lack of resources, and LeVan said that students have had difficulty trying to reach the office before.

“So [if] I’m talking to the office, they’re not responding to me as a student I have nowhere to go,” said LeVan. “Now there’s somebody who I can sit down and be like ‘Hey, we want to work on these things.’”

A 2015 Dear Colleague Letter from the U.S. education department that states academic institutions should remain independent and avoid conflicts by having the Title IX coordinator “report directly to the recipient’s senior leadership, such as the district superintendent or the college or university president.”

The new structure “gives [OCRSM] that kind of independence and it also keeps it high up in the university administration,” she added.


Carroll viewed the office’s reassignment to the general counsel office as a “demotion,” according to then-SGA president AJ Pruitt, and resigned less than a year later. The office previously reported directly to university President Wallace Loh’s chief of staff.

The SGA believes that the most recent change in OCRSM’s reporting structure will provide students with a clear avenue of communication with university administrators and ensure high-level administrators remain informed about issues related to sexual misconduct on campus.

Jared Lesley, a SGA sexual misconduct prevention committee member, echoed that this change will allow students to communicate more effectively with the administration about their concerns.

“With how big of a problem sexual misconduct is on college campuses in general, it’s very important for Title IX office to be very receptive to students and to have leadership that’s very active in the community,” Lesley said.

SGA president Ireland Lesley called the restructuring “a good move,” and was pleased that Dodge will be taking a more prominent role in the new structure, saying her track record of commitment to working with students will only strengthen OCRSM.

“Our administration has [already worked] a lot with Dr. Dodge so we’re really excited to see it go under her leadership,” she said.