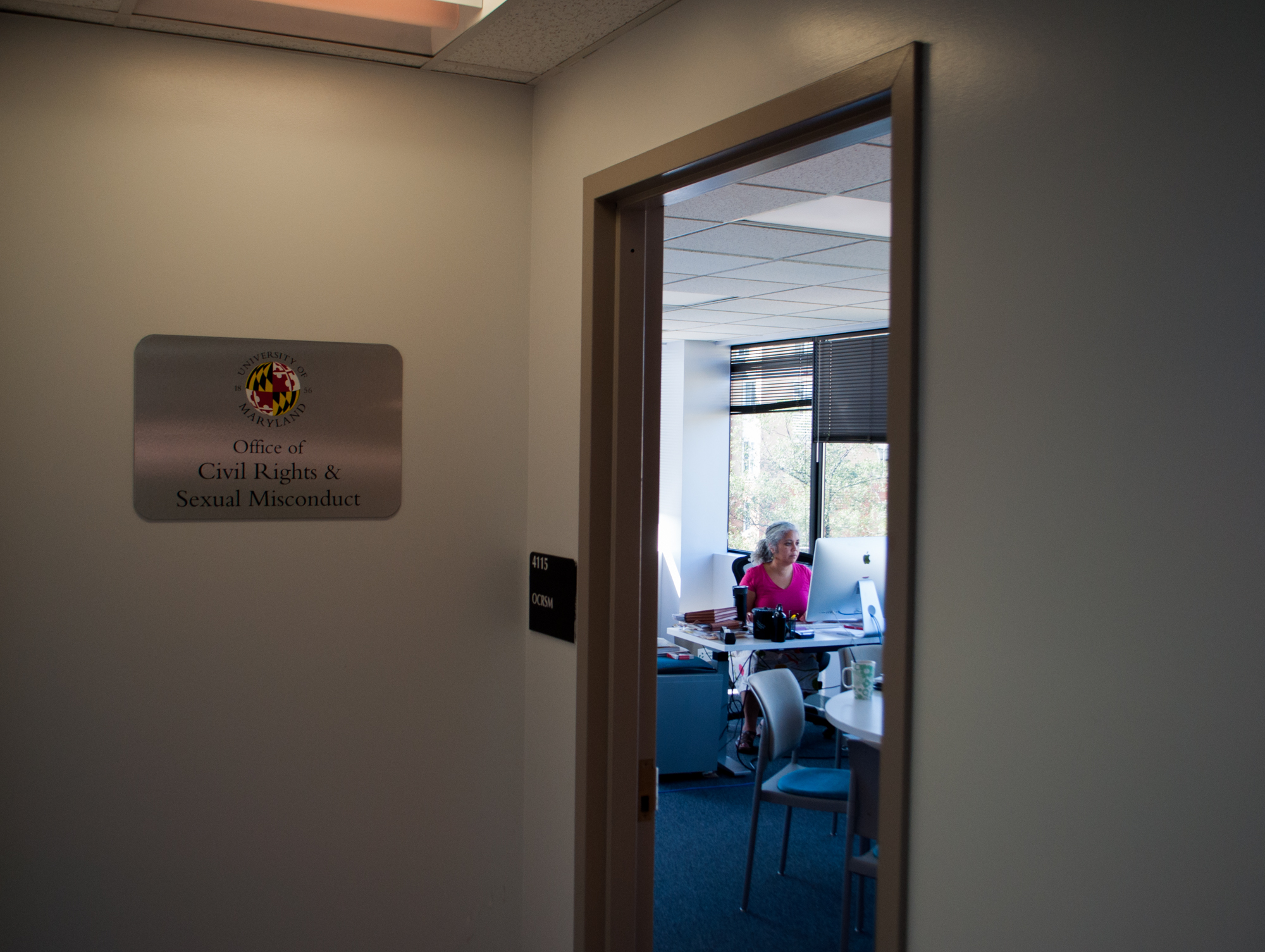 Outside of the Title IX Office. The Title IX office is located on the third floor of Susquehanna Hall. (Elliot Scarangello/The Diamondback)

Amid staffing shortages at its Office of Civil Rights and Sexual Misconduct, the University of Maryland agreed to pay more than $230,000 to bring on a private firm to help complete the office’s investigations, according to documents obtained by The Diamondback.

The agreement between the firm Husch Blackwell and this university was signed in June, requiring the university to pay two investigators at a rate of $320 per hour. Investigators at the office typically make between $55,000 and $80,000 a year, according to the university’s salary guide. This means the contractors — if they work full-time — will make more in three months than typical investigators do in one year.

The contract, which The Diamondback received through a public information request, states the investigators were to remain at the office for three months. But in an email to OCRSM director Grace Karmiol, a Husch Blackwell partner wrote that the relationship “will continue on an as needed basis.”

As of early September, there were four open positions at the office, which currently has six staffers, according to its website. Applicants for two of those positions are undergoing interviews, Karmiol wrote in a statement, sent by university spokesperson Natifia Mullings.

“We continue to process matters within our jurisdiction in a timely manner, while also working to fill open positions,” Karmiol wrote.

Similar to full-time investigators employed by OCRSM, attorneys for Husch Blackwell are responsible for interviewing parties and witnesses in sexual misconduct complaints made to the office, reviewing all relevant documents and creating investigative reports, the documents showed.

A university spokesperson did not answer questions about whether the firm’s relationship with OCRSM could last longer than three months, whether the investigators had already been paid or whether OCRSM had ever brought on similar contracted help.

OCRSM’s staffing struggles over the last school year began after its original director, Catherine Carroll, stepped down in August 2018. After her resignation, the office’s deputy director and two other staffers left, too. A few weeks before the school year, five positions at the office were open.

During her time at the university, Carroll publicly said the office was understaffed and underfunded, which prompted student concern.

Shortly thereafter, the Student Government Association considered implementing a mandatory student fee to help support the office. The administration ultimately offered to bring on a handful of additional staffers across OCRSM and the CARE to Stop Violence office, which provides counseling and other services to sexual assault survivors.

Husch Blackwell offered to provide its investigators at a discounted rate from its attorneys’ standard rates of $445 per hour, according to its proposal for the contract. The firm also offered to pay for travel, rather than charging the university.

The proposal also referenced the firm’s work assisting schools the federal Education Department is investigating for their handling of sexual assault. This university is undergoing three of those investigations.

“[We] have supported institutions in investigations from the Office for Civil Rights and successfully negotiated numerous resolution agreements and investigation closures,” the proposal read.