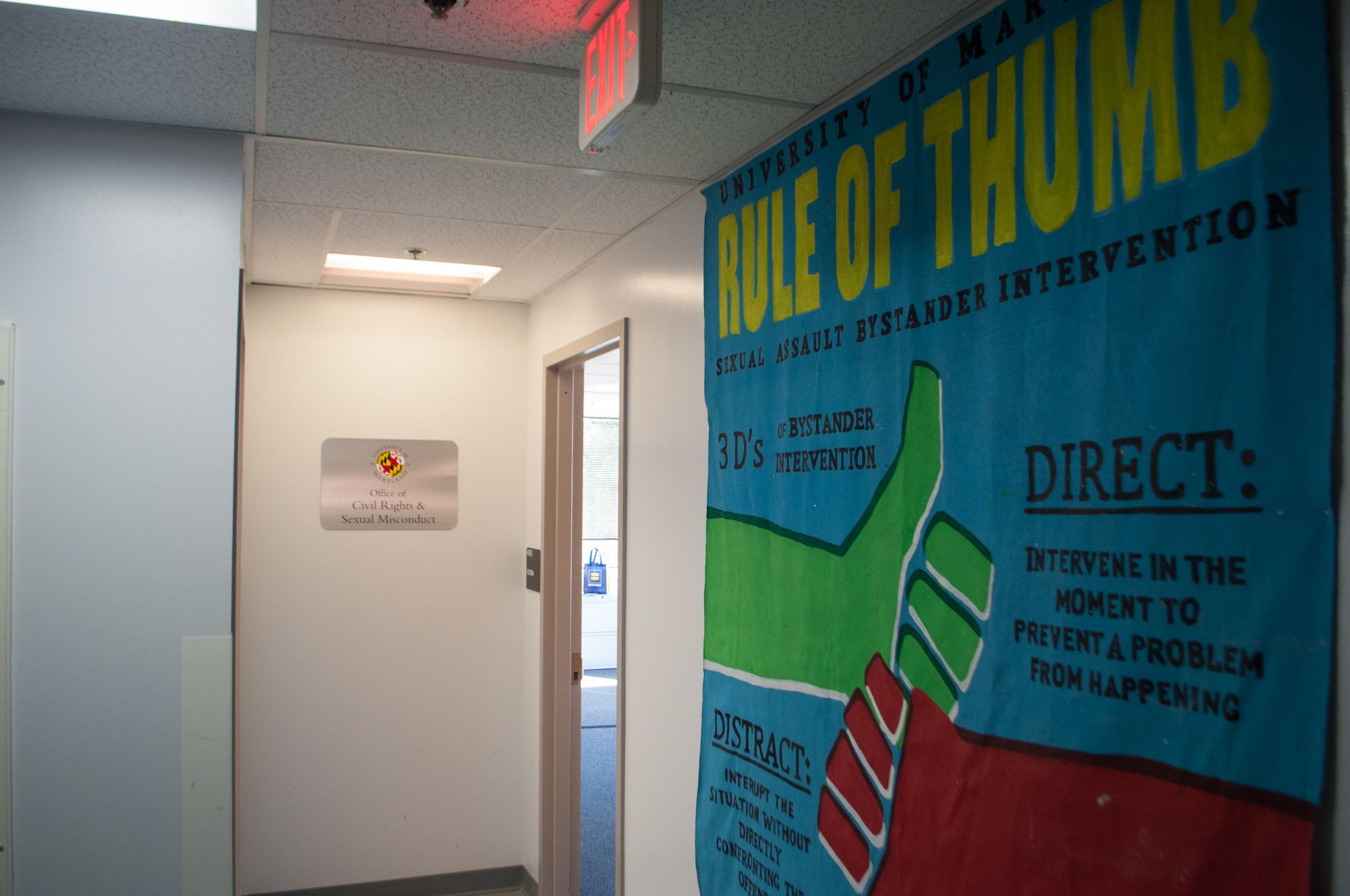 The University of Maryland fielded a record amount of reports and complaints of student sexual misconduct last year — but it also conducted fewer investigations than ever before.

In the 2017-18 academic year, the Office of Civil Rights and Sexual Misconduct received 249 reports of potential misconduct, 91 of which became formal complaints. That was a spike from 208 reports and 80 complaints the year before.

But the number of investigations dropped from 27 in 2016-17, an all-time high for the office, to 16 last academic year, an all-time low, according to the fourth annual Sexual Misconduct Report.

Reports have increased by about 122 percent from when the office was first established in 2014, while complaints have risen nearly 90 percent. The number of investigations last year, though, was lower than each of OCRSM’s first three years.

Andrea Goodwin, who acted as the office’s interim co-director since its previous director stepped down in August, said it was “really good” to see a high volume of reports, since it indicates awareness of the reporting process.

Goodwin did not attribute the lower number of investigations to any particular cause, saying the pathway to an investigation is “really case-dependent.”

“Sometimes, complainants don’t want to move forward with an investigation, but we do get reports from all over the campus community,” she said.

While “reports” indicate potential complaints of sexual misconduct, “complaints” reflect students who are engaging with the university to address it, Goodwin said.

A “significant number” of reports are secondhand, said Steve Petkas, the office’s other co-director, and are often made through the responsible university employee program, which requires campus employees to inform the Title IX director of any potential sexual misconduct brought to their attention.

“They don’t come straight from an alleged victim who might later become a complainant,” Petkas said.

Fourteen students were found responsible for some form of sexual misconduct, and five were expelled because of it. The cases ranged from relationship violence and sexual exploitation to Sexual Assault I and II, which the office defines as rape and unwanted touching of intimate body parts, respectively.

Five students were found responsible for Sexual Assault I. Three of them were expelled, while one was suspended and the other had a “suspension withheld” — meaning the student wasn’t removed from campus, but their behavior was “serious enough” that there are terms they’d have to follow to avoid getting dismissed, Goodwin said.

“There are no automatic penalties in the conduct process, even for sexual misconduct, so a number of factors go into determining a sanction,” she said. “We make a determination based on each case. … We’re constantly using judgment based on what we know about a circumstance and about a case.”

Eight complaints from the 2017-18 year were labeled as “informal resolutions,” but no definition is included. This designation did not appear in any of the three previous reports.

Goodwin said she did not know what an informal resolution “would entail,” and that it would be “up to the parties involved and the director of OCRSM.” University officials did not clarify what this designation means before the time of publication.

The U.S. Department of Education has three open investigations into this university’s handling of sexual violence issues, according to the Chronicle of Higher Education’s Title IX tracker.

For the past two years, the university has distributed the report in January. When asked why the report came two months later this year, Goodwin said there was “no particular reason, really.”

The office’s former permanent director, Catherine Carroll — who had been outspoken about how the office was understaffed and underfunded — resigned in August to work for Fairfax County Public Schools. Shortly after, three other staffers also stepped down, and the university announced they’d brought on two new employees in September.

“We’re very excited that she’s here, she’s wonderful,” Goodwin said. “So we look forward to seeing what she can do over the next months — and years, hopefully.”