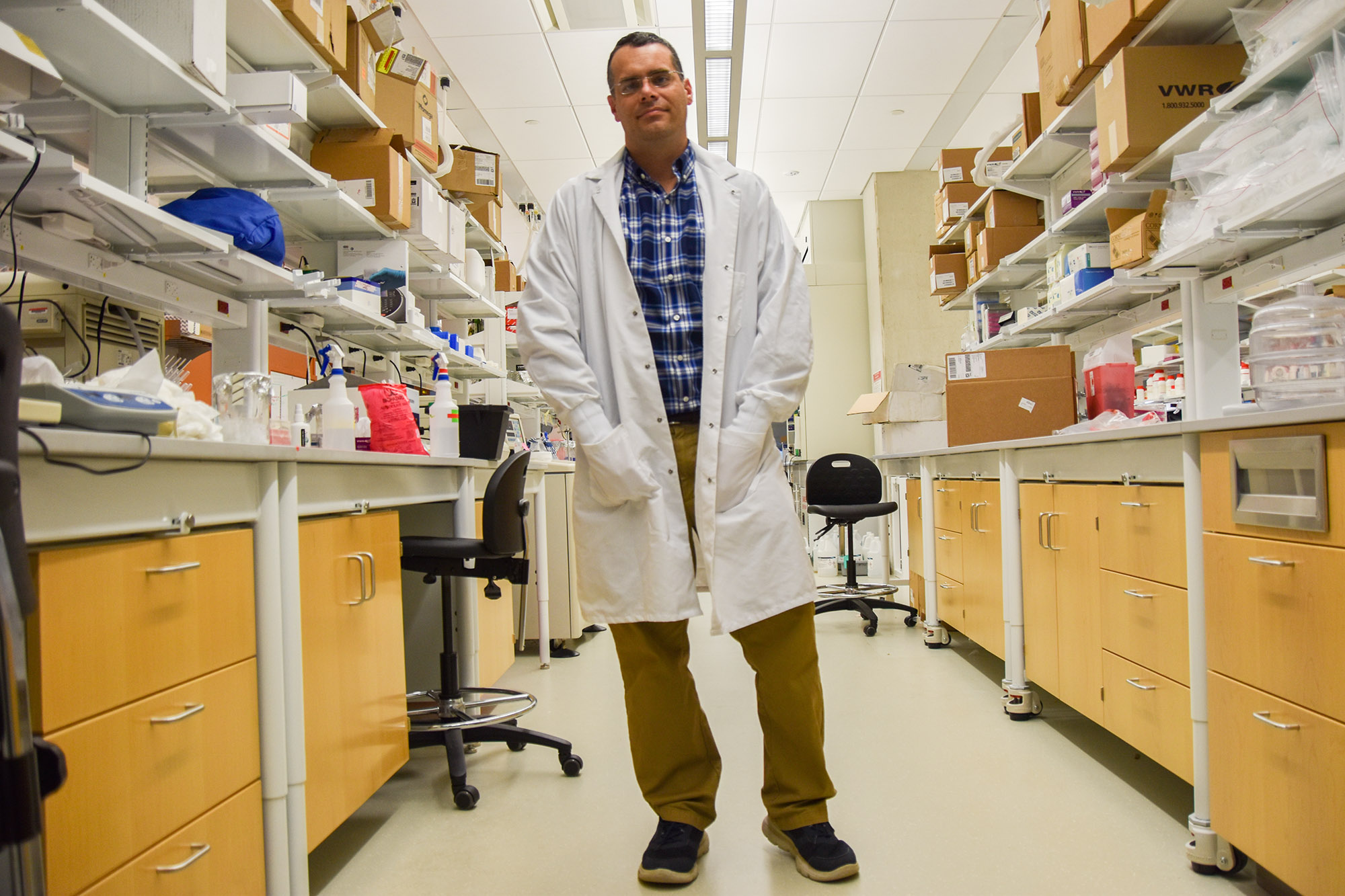 Professor Steven Jay in the lab where he oversees research on the link between spinal cord injuries and cognitive degeneration. (Joe Ryan/The Diamondback)

The possible link has to do with particles called extracellular vesicles, which cells use for communication, said Steven Jay, an associate bioengineering professor working on the study.

After a spinal cord injury, the surrounding cells become inflamed and start to release the vesicles; they travel within the central nervous system and ultimately land in the brain. And now, researchers are looking to see if the spinal cord injury can lead to degeneration in the brain, said Alan Faden, a trauma professor at the medical school.

“My mission, for now going [on] four years, is to develop the science that can be translated to humans to protect the brain and the spinal cord from secondary damage,” Faden said. “And to get people to recover faster and better.”

Somehow, the particles affect the brain in a negative way, resulting in higher instances of dementia, said Jay, who is studying extracellular vesicles. But researchers want to figure out how.

The research team is working to understand the biological process surrounding the vesicles, Jay said. With an understanding of the biology, the team can study ways to reverse their negative impacts.

“Instead of having them, you know, promote the problem,” Jay said. “Could we program them to actually solve the problem?”

Junfang Wu, an associate professor at the medical school, is leading the project. She said she’s eager to explore the relationship with the vesicles, which she said could improve understanding of spinal cord injuries and their cognitive effects.

Still, Jay said, vesicles’ role in cell-to-cell communication was discovered a little over a decade ago. So though the researchers could identify a key player in spinal cord injuries, there is a long way to go before they discover something concrete and applicable.

“It’s following up on very recent knowledge,” Jay said. “So it’s not something that’s going to be leading to therapy in two years or something like that.”