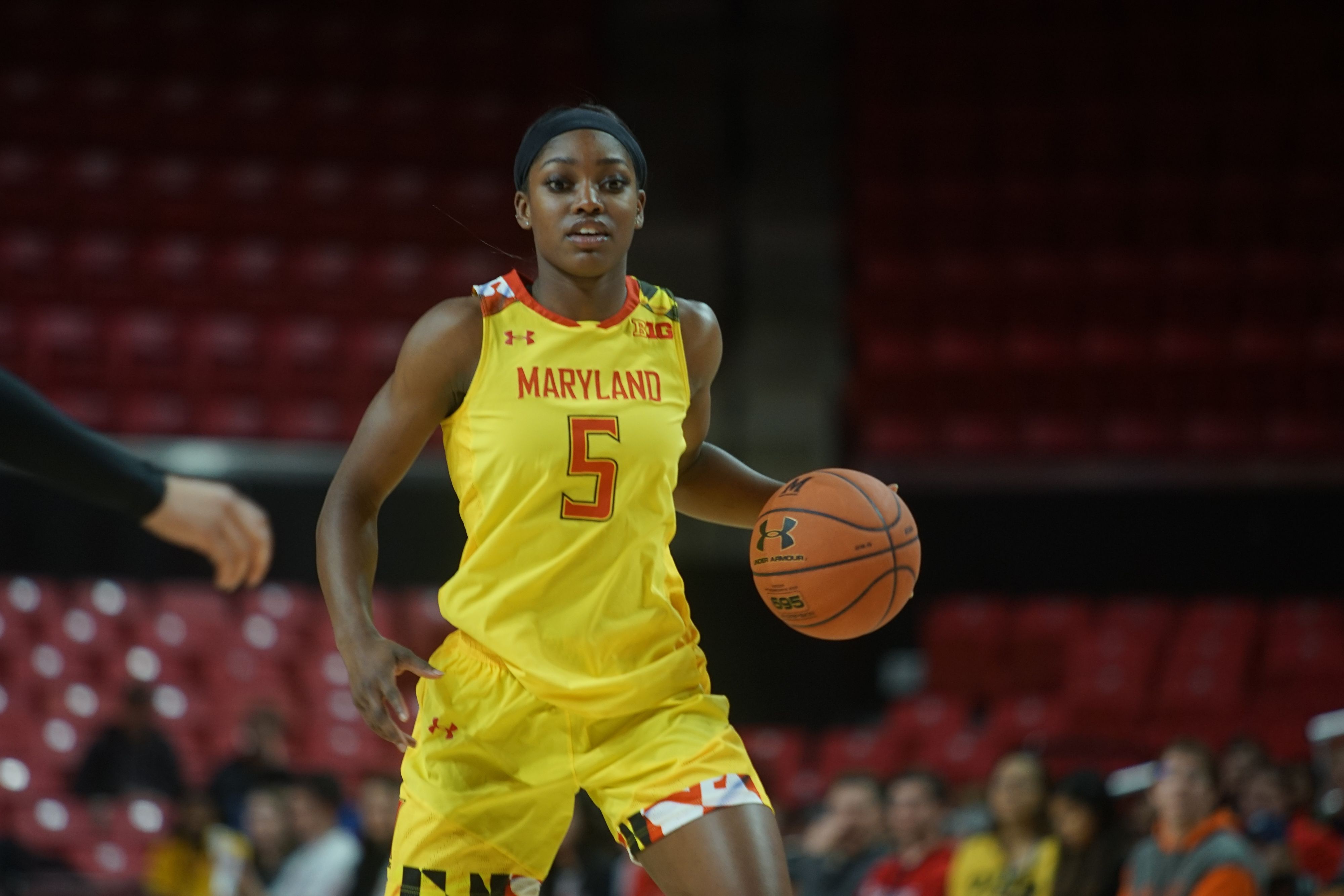 Guard Kaila Charles dribbles the ball during a scrimmage at Maryland Madness at Xfinity Center on Oct. 26, 2018. (Corey Hart/The Diamondback)

Maryland women’s basketball forward Kaila Charles is a Preseason All-American, the Associated Press announced Thursday, adding yet another honor to her resume leading into the 2019-2020 season.

The senior is the first Maryland player named to the Preseason All-American team since Alyssa Thomas in 2013. This preseason, Charles has also been named a member of the Preseason All-Big Ten team, voted as the Big Ten Preseason Player of the Year by media and coaches, as well as earning a place on the Cheryl Miller Award watch list, honoring the nation’s top small forward.

Charles is the top returning scorer in the Big Ten with 17 points per game last year. She was a force for the Terps, leading her squad in scoring in 17 games while reaching double figures in 29 of the 34 contests. Her 6.7 rebounds per game ranked 15th in the conference.

She earned unanimous All-Big Ten first team and AP All-America honorable mention honors as a junior. Charles has started all 103 games of her career and ranks 15th on Maryland’s all-time scoring list with 1,528 career points.

Charles is the only player from the Big Ten and one of just five players in the country to be honored as an AP Preseason All-American. She is joined by Sabrina Ionescu (Oregon), Lauren Cox (Baylor), Chennedy Carter (Texas A&M) and Beatrice Mompremier (Miami).