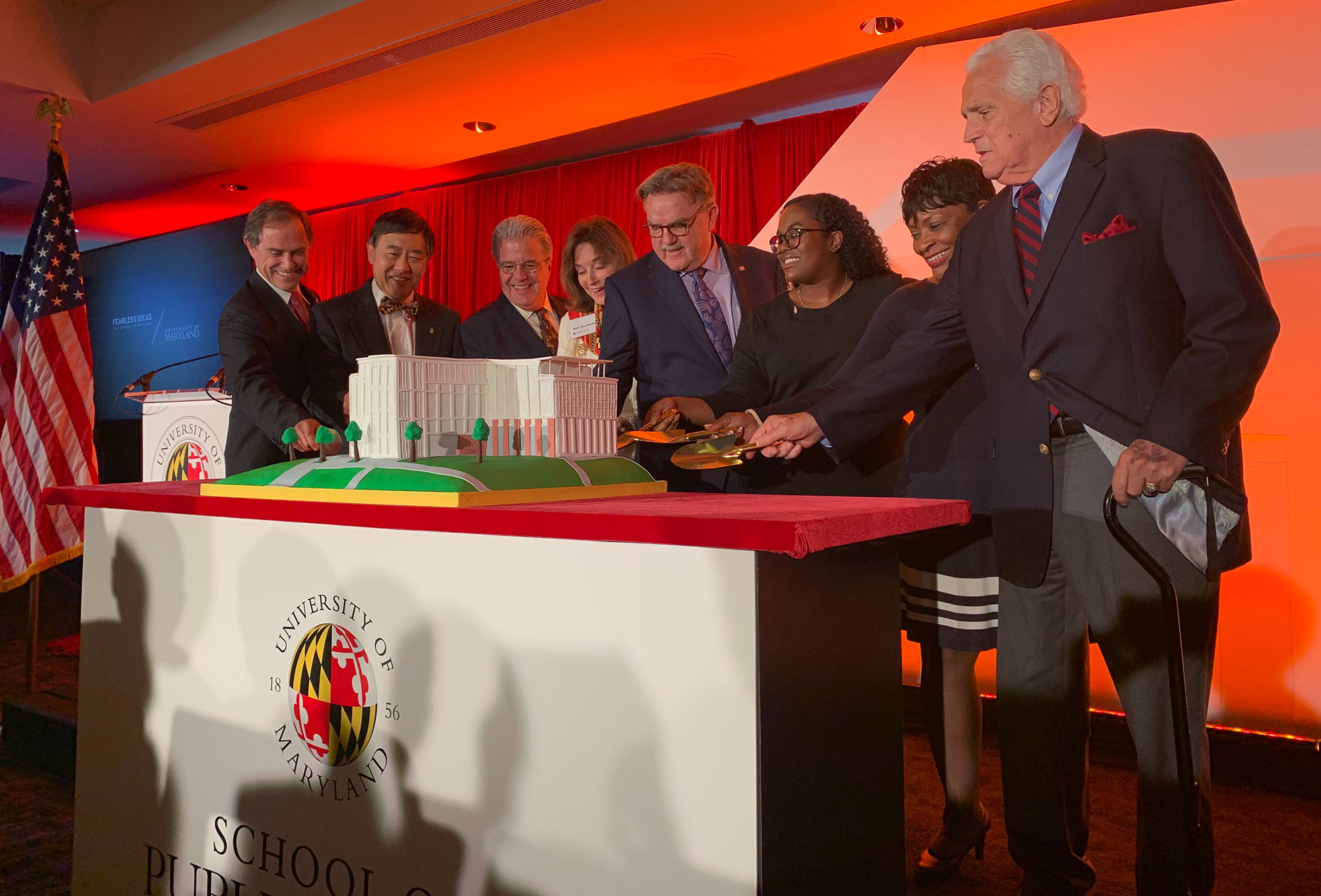 The 70,000 square foot building will be located between the Lee Building and Rossborough Inn, said Bill Olen, the planning and construction director for this university’s Facilities Management. It will be the first time that public policy classes will all be in one building, Maryland Senate President Mike Miller said. Various buildings on the campus have previously housed the classes.

The speakers and attendees, including university President Wallace Loh, public policy school dean Robert Orr, Maryland House of Delegates Speaker Adrienne Jones, gathered at The Hotel at the University of Maryland while video of the physical groundbreaking was livestreamed on monitors at the hotel.

“This is more than a building,” Loh said. “We build buildings. But then buildings shape us. And what’s gonna be shaping that building is the next generation of civil servants and persons who will uphold the democracy of our country.”

The project is estimated to cost $52.4 million, Olen told The Diamondback in September, and its funds will come from an anonymous donor as well as state and institutional funds. The project is expected to be completed in spring 2022.

Enrollment in the public policy school has increased since the program’s creation in 2017. In its inaugural semester that spring, there were 24 full-time undergraduates enrolled in the school, which increased to 215 by fall 2019, according to this university’s October 2019 enrollment data.

The public policy school also houses the Do Good Institute, which is began in 2016 and focuses on student philanthropy and leadership.

A new minor within the school, nonprofit leadership and social innovation, began in 2018. The minor is aligned with the Do Good initiative, and Orr said the new building will allow the school to further that initiative.

“Our students, faculty, staff and alumni … are out in the world doing good every day,” Orr said.

The building will include eight conference rooms and an assembly chamber that’s modeled after decision-making chambers around the world, according to the event’s program.

It’s a collaborative design that emphasizes working together, which University System of Maryland Chancellor Robert Caret said is one of the school’s goals.

Senior public policy major Serena Saunders — the lone student speaker at the event — said her experience with the school has inspired her to run for office in the future.

“I’m excited to see where we’re at in a couple years,” Saunders said.