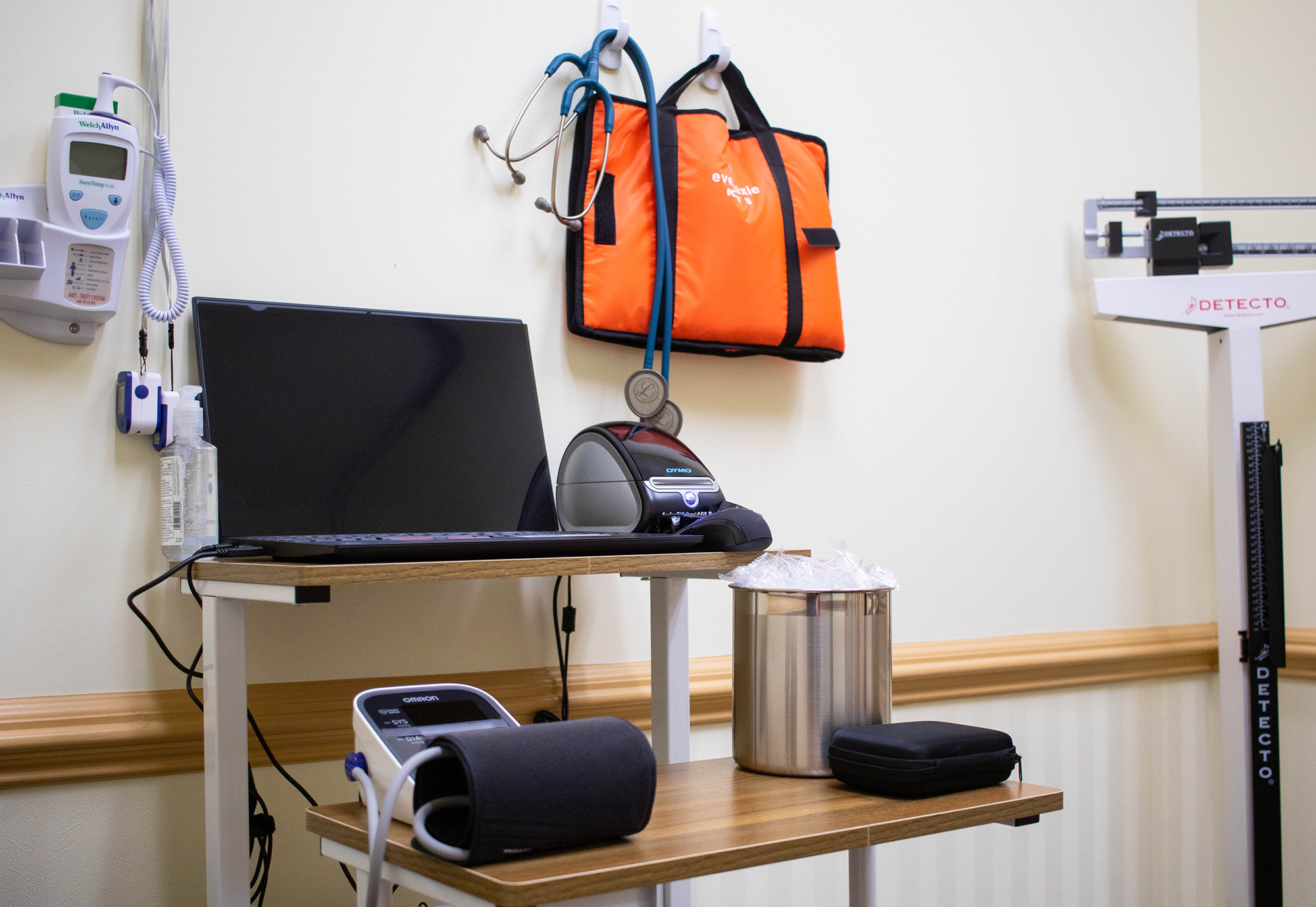 Osnayer Del Toro remembers the first patient he saw. She had lost her job and stopped contacting her kids after beginning to abuse drugs, and wasn’t going to attend her son’s upcoming wedding.

One year later, Del Toro — who was working for the outpatient addiction treatment program Ideal Option — saw the woman again. In the time that had passed, she’d witnessed the birth of her grandson and gotten her business and farm back. She’d gone to her son’s wedding.

Tucked away next to a Long & Foster Real Estate building on Route 1, the center is easy to miss. It focuses on providing medication that — when used correctly — can limit a patient’s opiate withdrawal symptoms and cravings and lessen the effects of opioid molecules in the brain.

Some of Ideal Option’s busier locations can attract more than 100 patients a day, said Del Toro, who now works as a development coordinator for new branches. Patients can walk in on their own, friends can refer them or a court can mandate that they attend.

But nurse practitioner Florence Nguh said she sees all the patients as the same.

But numbers have appeared to plateau recently. In the first quarter of 2019, there were 6 fewer opioid intoxication deaths in the county than there were in the first quarter of 2018, according to a report from the state’s Opioid Operational Command Center. The county had the lowest rates of unintentional opioid-related deaths in the state from 2013 to 2017, along with Montgomery County.

Still, the Ideal Option clinic is College Park’s first “low barrier MAT clinic,” wrote Melody Clark, a senior marketing manager at the company, in a news release. Patients who don’t have insurance aren’t turned away, and no referrals are necessary.

Ideal Option offers naltrexone and buprenorphine prescriptions, both of which can help people who have an addiction transition away from opiate abuse. Only three other providers in Prince George’s County are authorized to prescribe buprenorphine in an outpatient setting, according to the Substance Abuse and Mental Health Services Administration.

Rep. Steny Hoyer, the House of Representatives’ majority leader, wrote in a statement that it’s “critically important” to help those who have an addiction.

“The opioid epidemic affects communities throughout the nation, including many in the Fifth District,” Hoyer wrote. “We must work together in Prince George’s County to fight this crisis, and I am hopeful that these additional resources help individuals in our area.”

Inside the treatment program

During a patient’s first visit, they’re put on the standardized treatment schedule. Soon, though, the schedule and treatment plan becomes individualized, said Nguh, who has been with Ideal Option for three years. Patients who regularly show up for treatment are able to get more medication until they decide to taper off it.

The centers use a practice known as telemedicine, in which providers can communicate virtually with patients who are miles away. The patient’s prescribing provider needs to sign off on any prescription, but the system, Nguh said, ensures that people living with addiction can receive treatment even if providers at the Ideal Option center nearest them are too busy for appointments.

Though the centers focus mainly on treating opiate abuse, they also offer programs for other substance addictions. Despite the stigma that often surrounds addiction, Nguh said, employees work to make patients feel comfortable and secure.

She has a patient who had been addicted to cocaine for more than four years. But after going to counseling and receiving treatment at the center, the patient has been clean for three months, Nguh said.

To her, transformations like that make the job worth it. Relapses still happen “quite often,” though, she said. She’s seen patients relapse after two years of being clean.

“I feel like they can do it,” she said. “And then they keep relapsing and relapsing.”

Still, she said, her work with the center leaves her hopeful.

“We have a lot of people that are transforming,” Nguh said. “And that’s why they really like us, and they keep coming.”